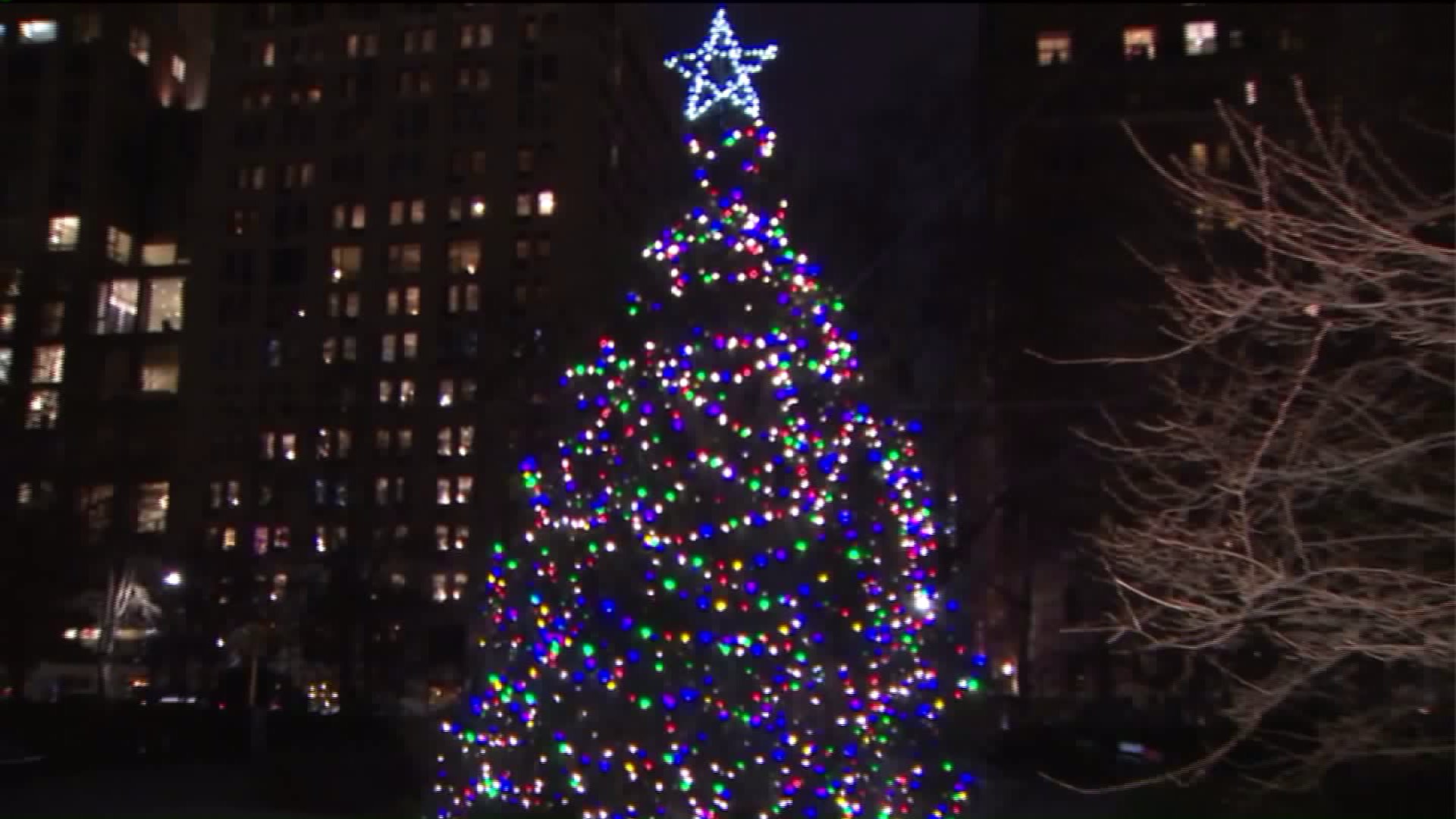 NEW YORK — On Christmas Eve, you didn't need a key to get into exclusive Gramercy Park.

The private park, located between East 20th and 21st streets in Manhattan, opened its gates to the public from 6 to 7 p.m. on Saturday for its annual caroling event, said Arlene Harrison, the president of the Gramercy Park Block Association and the official "mayor" of Gramercy Park.

The event, hosted by the Gramercy Park Block Association, featured the choir from the nearby Parish of Calvary-St. George's. The caroling was led by Harrison and Rev. Tom Pike, who are two of the park's four trustees.

The church is believed to have started the tradition of opening the park for Christmas caroling in middle of the 19th century, Harrison said. The fence was first locked in 1844.

When Harrison first arrived at the park in 1971, a group of about 45 people would brave the cold on Christmas Eve and listen to the church's choir, she said. Harrison, who would go on to run events in the park in the 1970s, said she wanted everyone in the city to experience a tradition that had been known to just a few.

“Since I love people and events, I turned it to a much bigger thing and I wanted to invite people in the city to it," Harrison said.

Indeed, the event, now run by the park trustees,  has grown to draw more than 1,000 people to Gramercy Park each Christmas Eve.

There are only about 350 keys to the exclusive park, and nobody gets in or out without one. Only the owners of the 39 lots surrounding the park can purchase a key but must pay a yearly assessment fee to maintain access. The lock is changed every February. And don't even think of trying to duplicate a key — you can't.

Harrison, as the voice of Gramercy Park, wants it to stay that way.

"I’m the guardian of the park, I’m the protector of the park. I am the enforcer of the rules," Harrison said.

Anyone who calls asking to access the park will always get the same answer — no. Though visitors can't physically go into the park except for that one hour each Dec. 24, they can still admire its beauty, Harrison points out.

The fence, she said, is there to protect the plants, not keep people out, in accordance with the plans of the original owner, Samuel D. Ruggles. She compared it to going to Florida, getting a house overlooking the ocean and admiring its beauty.

"People come all over the city to see the park and you don't have to go in to enjoy it. It is visibly accessible," Harrison said.