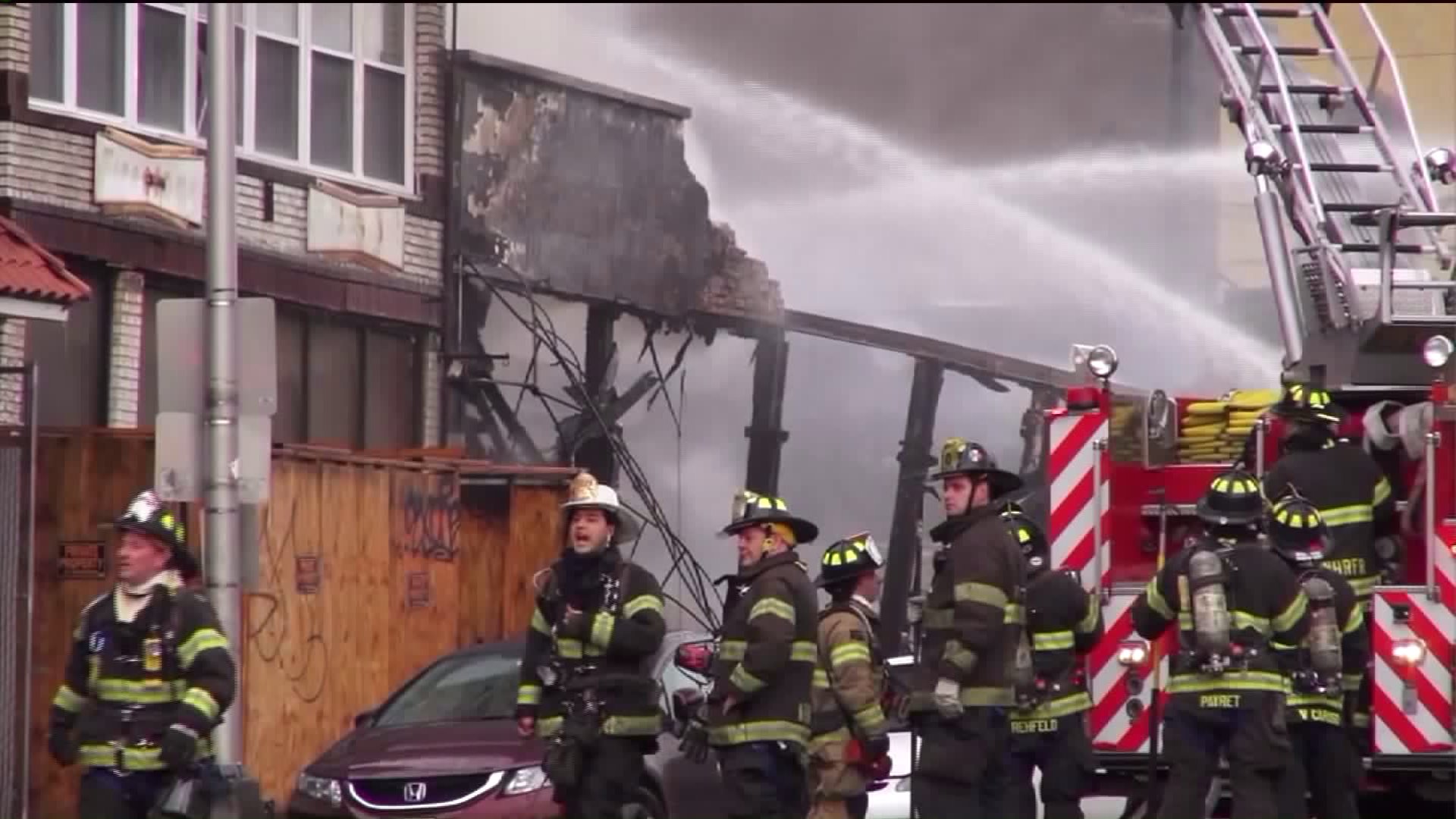 NORTH BERGEN, NJ — A firefighter was injured while battling a blaze at a North Bergen furniture store that left the building unrecognizable and apparently completely destroyed on Wednesday.

Firefighters were on the seen of a four-alarm fire at 1231 John F. Kennedy Blvd as of noon, North Hudson Regional Fire and Rescue officials said. The building is a furniture store, according to Google Maps.

One firefighter was seen bleeding from the mouth and being taken away from the scene on a stretcher. The person's condition was not immediately known.

Once flames erupted, the building was overcome in some 15 minutes, said Frank Montagne with North Hudson Regional Fire and Rescue.

Massive fire underway in #NorthBergen #NJ - this is on Kennedy blvd and 13th street, a furniture store @PIX11News pic.twitter.com/DD29iMiwdJ

Within an hour, the fire was still raging and the building appeared to be a complete loss, video showed.

Surrounding buildings were evacuated, and firefighters moved to the roof of adjacent buildings to continue their fight, Montagne said.

As reports of the fire initially broke, images on social media showed large plumes of dark smoke visible from downtown Manhattan and flames erupting from the building’s roof.

Just saw one firefighter bleeding from the mouth, taken away on a stretcher. @PIX11News pic.twitter.com/9AiBlVGPdk

North Bergen fire is now migrating to buildings next door. Firefighters now on roof of adjacent building trying to stop it. @PIX11News pic.twitter.com/2cqwCbmvja