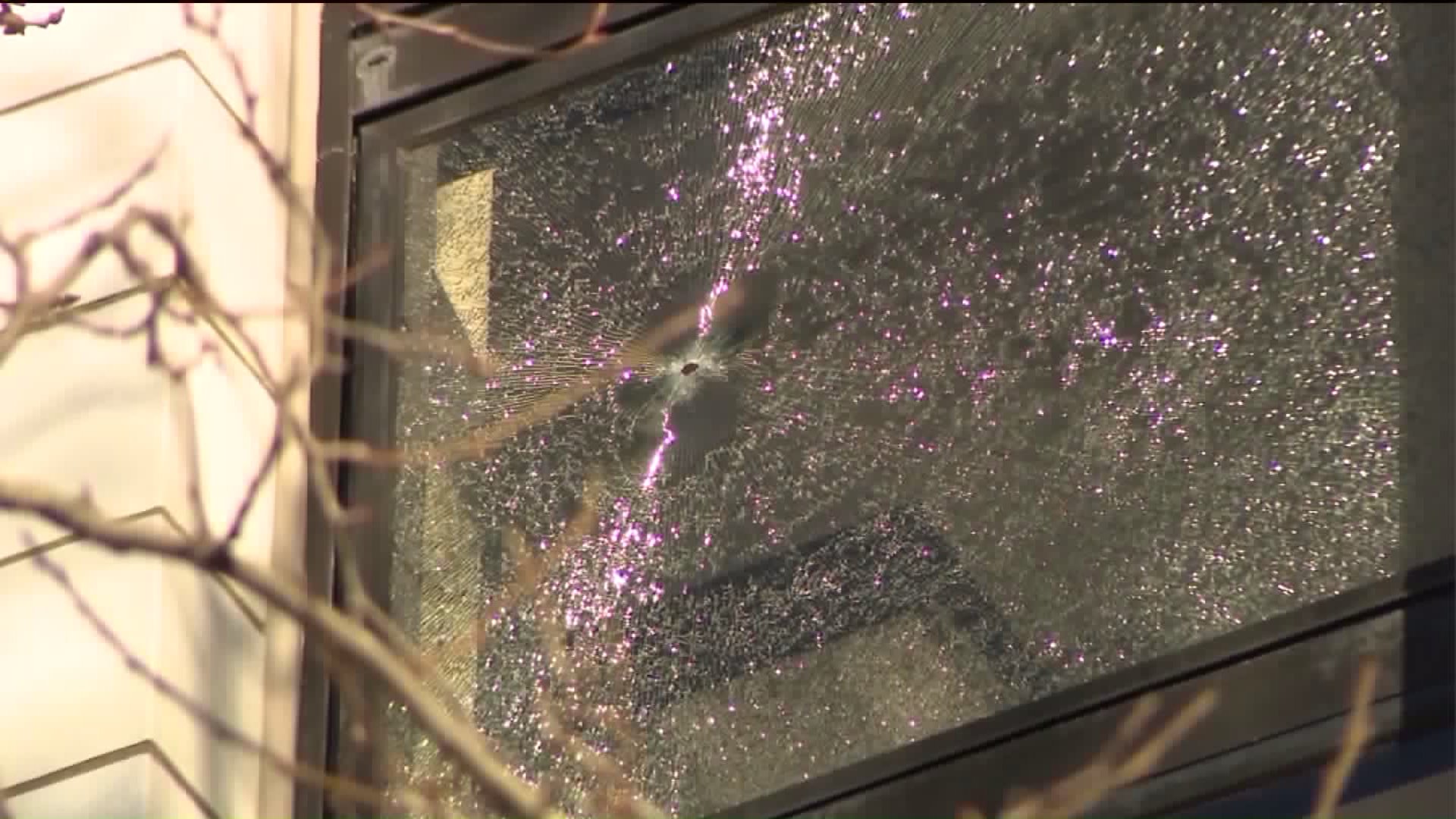 CANARSIE, Brooklyn — A stray bullet flew through a classroom window at a Brooklyn school and became lodged in a board, police said Tuesday.

Investigators believe the round came from violence about a block and a half away from the South Shore campus, at 6565 Flatlands Ave., around 11:30 a.m., police said.

At least one bullet entered a fourth-floor classroom through its window and became lodged in a bulletin board, according to police. A nearby car was also hit, its windows shattered by the gunfire.

A stray bullet blasted through this classroom window at South Shore High School in Brooklyn on Dec. 20, 2016 (PIX11)

"When I heard the pop, everybody was running out the classroom," a student said, adding they didn't know what was going on but "I know when I see a group of run, to run."

Students and staff are safe, and no one was injured, an NYC Department of Education spokesperson said.

Investigators do not think the shooter intended to fire into the school, and the Department of Education referred to it as a "non-school related incident."

The incident happened at the South Shore Educational Complex — formerly South Shore High School, which shuttered in 2010, according to insideschools.org.  Five smaller schools are now housed at the campus.