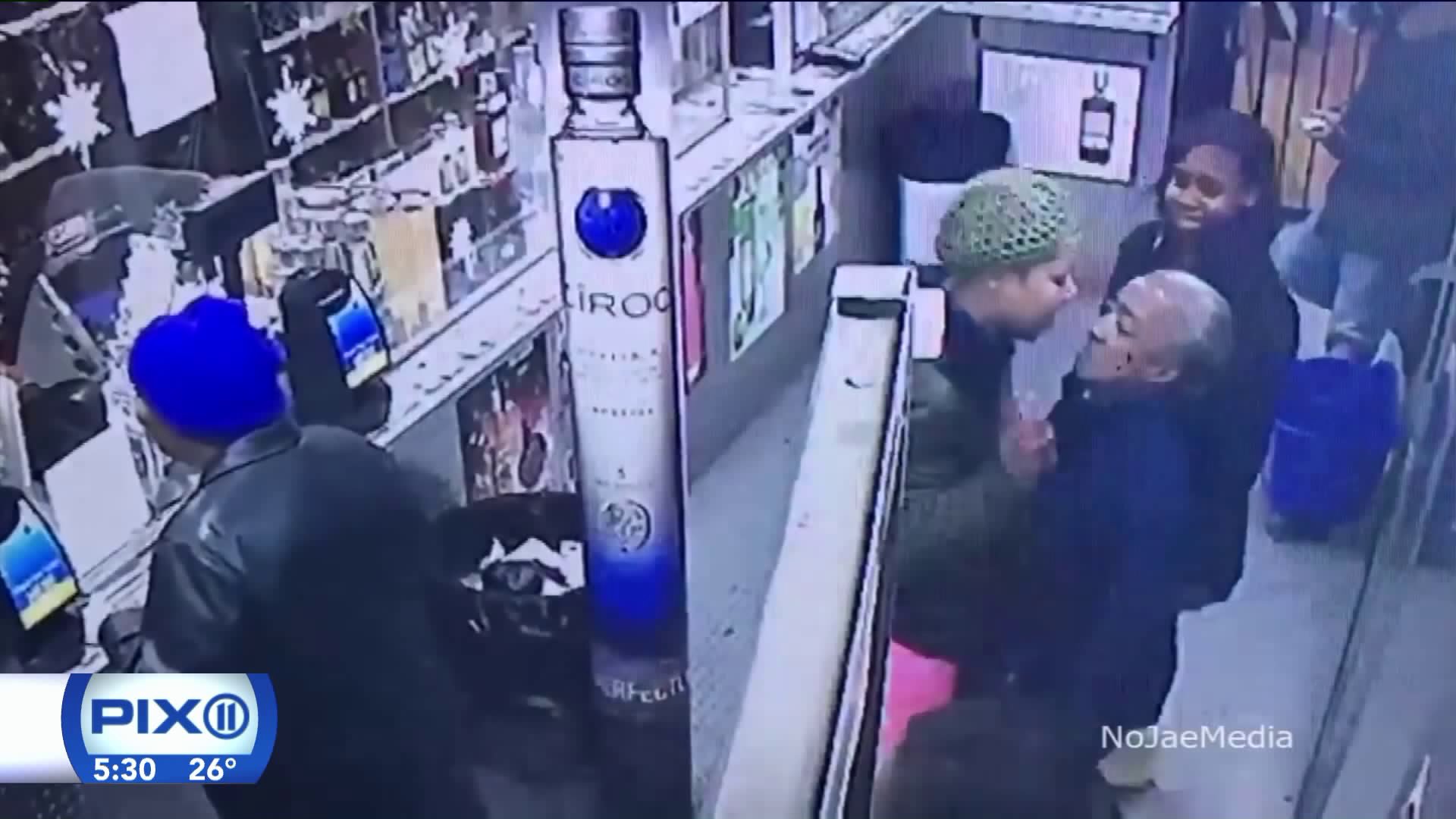 THE BRONX – Police are on the hunt for a woman who viciously beat a 61-year-old customer inside a Bronx liquor store.

The suspect, identified as 23-year-old Kate Robinson, got into an argument with a 61-year-old woman inside the store, police said. The verbal jabs turn physical and surveillance video catches Robinson engaging in a beatdown of the victim.

She pushed her on the ground, causing her to briefly lose consciousness and experience pain, before throwing the victim head first into a garbage can, police said.

It's still unclear what caused the fight in the first place, but seeing where the victim ended up does not sit well with some people.

"I think it's disgusting," one resident of the area said. "We have no respect for elderly people."