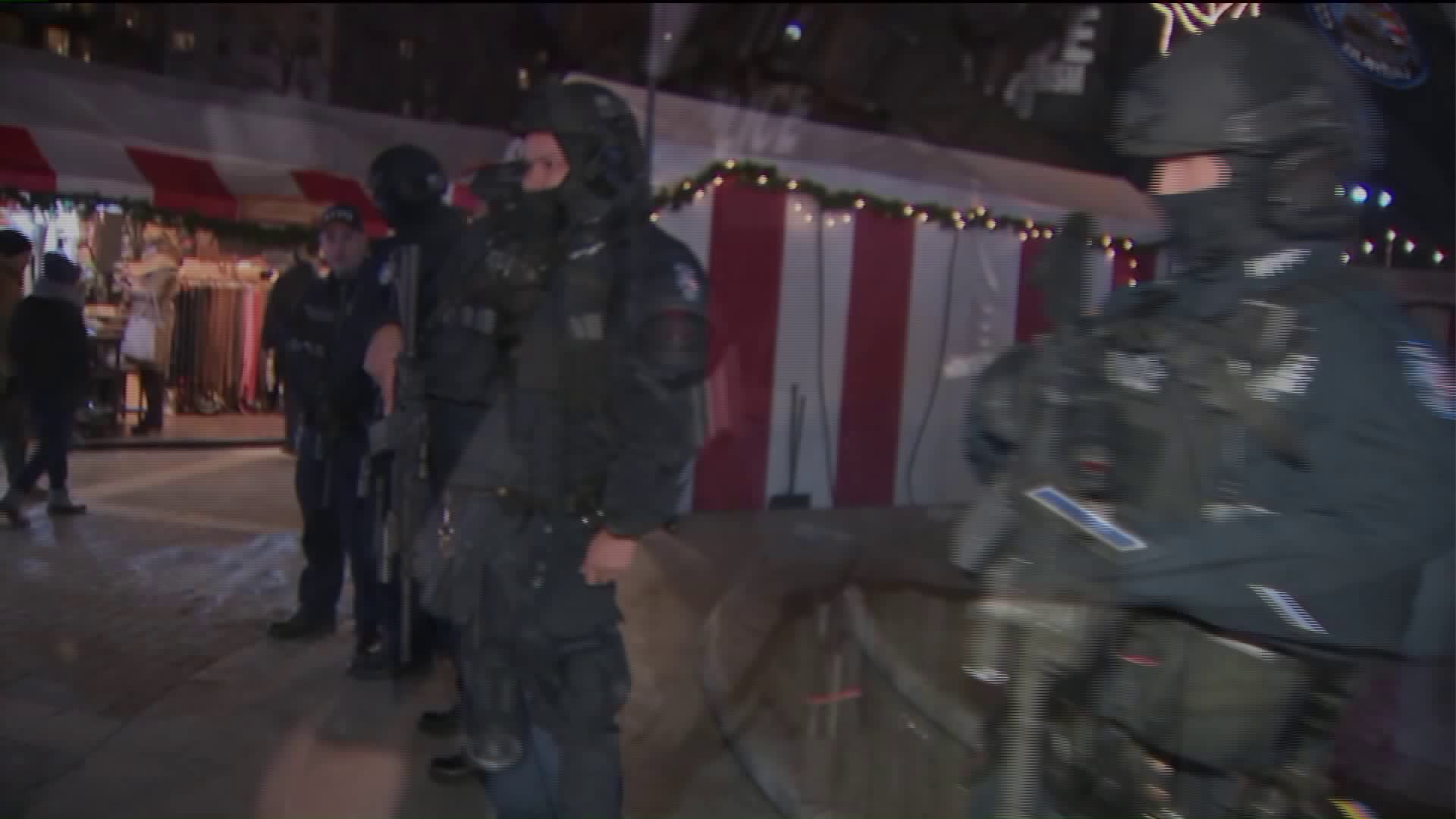 NEW YORK — The NYPD and Nassau Police Department are stepping up security in public areas after a truck rammed through a crowded Christmas market in Berlin, Germany, on Monday, killing at least 12 and injuring dozens others.

The NYPD said in a statement security will increase at "high-profile locations" in the city, that includes the many holiday markets scattered throughout.

“The NYPD is monitoring the events in Germany and around the world today. The Department has moved highly trained teams, including the Critical Response Command, to high profile locations around New York City. In the coming days, we will look to learn more about what occurred to inform the NYPD’s operations, deployments, and training of officers.”

The holiday markets, such as the ones located in Union Square, Columbus Circle and Bryant Park, draws thousands of people daily.

Police note, no specific credible threats have been found.

"We don't see any specific credible threat either going towards the holiday season or in New York," NYPD DC Miller https://t.co/AukyYW2aw0 pic.twitter.com/bsH06YszxK

The Nassau County Police Department is taking all steps necessary to ensure the safety of the public and its Police Officers. In light of recent attacks, the Department has intensified patrols in all shopping malls, areas of mass transit, public gatherings and near critical infrastructure. Social Media outlets will be intensely monitored and we request the public’s assistance in any way possible to stop threats to public safety.

The NCPD is coordinating with other federal and local authorities and are assessing national and local threat levels. At this time there are no known imminent threats to Nassau County.

There has been no specific threat in New York City, but the NYPD and NCPD are increasing patrol as a precaution.

A tractor trailer slammed into a crowded Christmas Market in Berlin Monday. It was initially reported nine people were dead, but Berlin police raised the death toll to 12. At least 48 people were reportedly injured.

The suspected driver has been apprehended, authorities said. Another person who was in the truck has also died.

The White House also condemned the incident that "appears to have been a terrorist attack."

Germany's top security official says he has not yet called the truck crash an "attack," but authorities are investigating and many indications point that the incident was intentional.