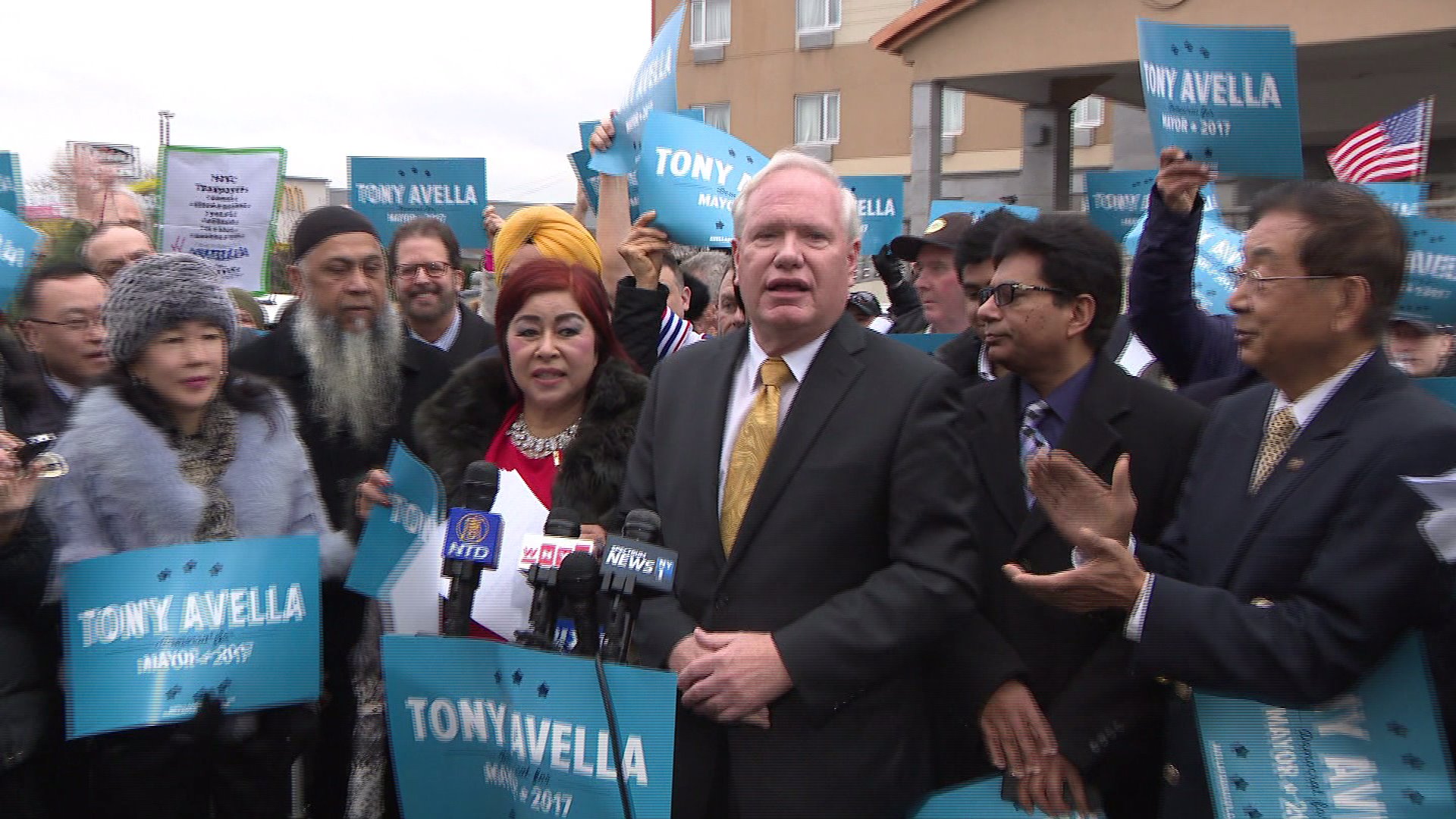 QUEENS -- After an unsuccessful run in 2009, State Senator Tony Avella is officially throwing his hat into the ring for New York City Mayor in 2017 -- taking on Mayor Bill de Blasio.

"It's time to stop the failed top down planning approach in this city and allow every neighborhood every resident to have a voice -- a real say in what happens to their community," Avella announced in a press conference.

The Queens democrat and State Senator of the 11th district since 2010, is often a vocal critic of the De Blasio administration -- specifically in its handling of the homeless crisis -- which is now close to exceeding 60,000 people in the city. He formed a homeless crisis task force in Albany last year.

"I believe we have reached a crossroad in the direction our City should be taking. Under Mayor de Blasio we have more homeless than ever - our taxes continue to rise and it is more expensive to live here than ever before, all of this, while our quality of life fades away," he said.

Avella kicked off his campaign at the Holiday inn express in Queens -- one of at least 69 hotels where the de Blasio administration has placed homeless people right next to paying guests.

After public outcry and angry protests from neighborhood residents back in October,

The city dropped the plan to fully turn the hotel into a homeless shelter but is still reportedly housing about 30 homeless men. A DHS spokesperson however, says they are renting rooms out to single adults who are employed.

"This is all about real community involvement and how the city runs. We need to start talking to people on the very local level," Avella said.