Long-closed passageway from original WTC to reopen on Monday 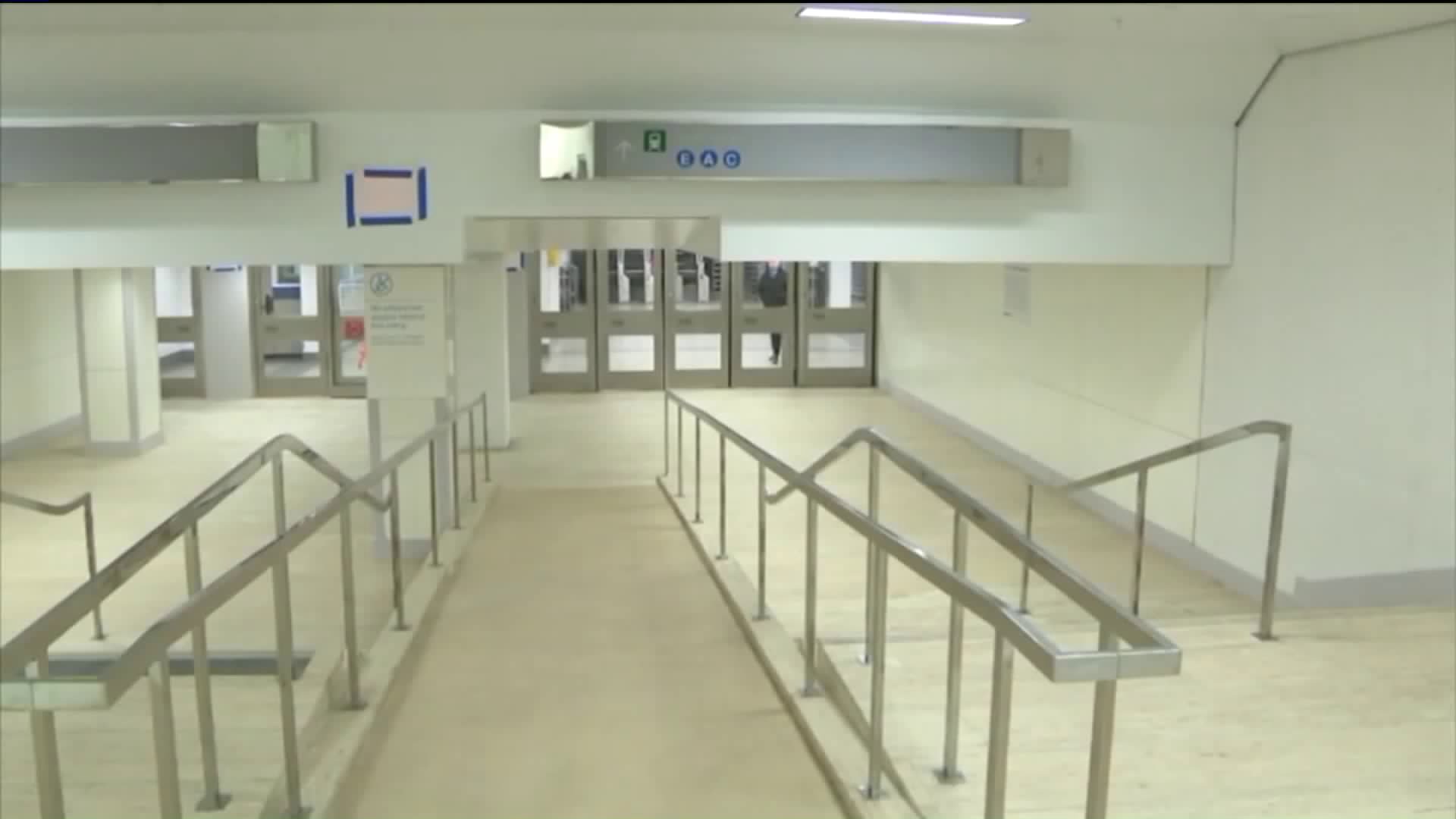 LOWER MANHATTAN — Starting Monday, commuters traveling through part of the Oculus Transportation Hub at the World  Trade Center will pass through a piece of history — whether they know it or not.

The passageway, in a far corner of the PATH station, is a remnant of the original World Trade Center concourse. Longtime residents and commuters may recognize the passageway when it opens Monday because the original travertine marble floor, handrails, steps and doors all remain.

This portion of the concourse, the E subway entrance, looks just the way it did back in the 1970s. It will once again service commuters, giving them a passageway to the A, C, E, 2 and 3 lines.

The passageway was closed after the twin towers were destroyed on 9/11. It reopened for a few years as a temporary connection between the subway and PATH trains, then was closed when construction began on the Oculus transit hub. While it was closed off, the travertine, handrails and doors were all covered in protective plywood, according to a New York Times report. And when the PATH station was rebuilt in 2003, the Port Authority left the passageway alone.

Another piece of history will remain in the passageway. One of the doors, now encased in protective glass, is spray painted with two distinct orange markings. One reads "MATF 1" and below that, "9 13." These markings let rescue and recovery workers know that the area had been searched by Massachusetts Task Force 1, a FEMA search and rescue team, on Sept. 13 in the wake of the terror attacks.

The National Historic Preservation Act required the Port Authority to salvage, preserve or document remnants and artifacts of the trade center. That includes this passageway. They agreed to keep the original architectural elements — travertine flooring, handrails, doors and overhead signs, steps and ramps — and incorporate them into the design and function of the new transportation hub.

"Our theme is respecting and remembering the past, and including it in a sophisticated way," said Steven Plate, the chief of major capital projects at the Port Authority, in a Times report.

An elevator will be installed for disabled riders next year, as the passageway currently leads to a flight of marble stairs that descend into the hub.