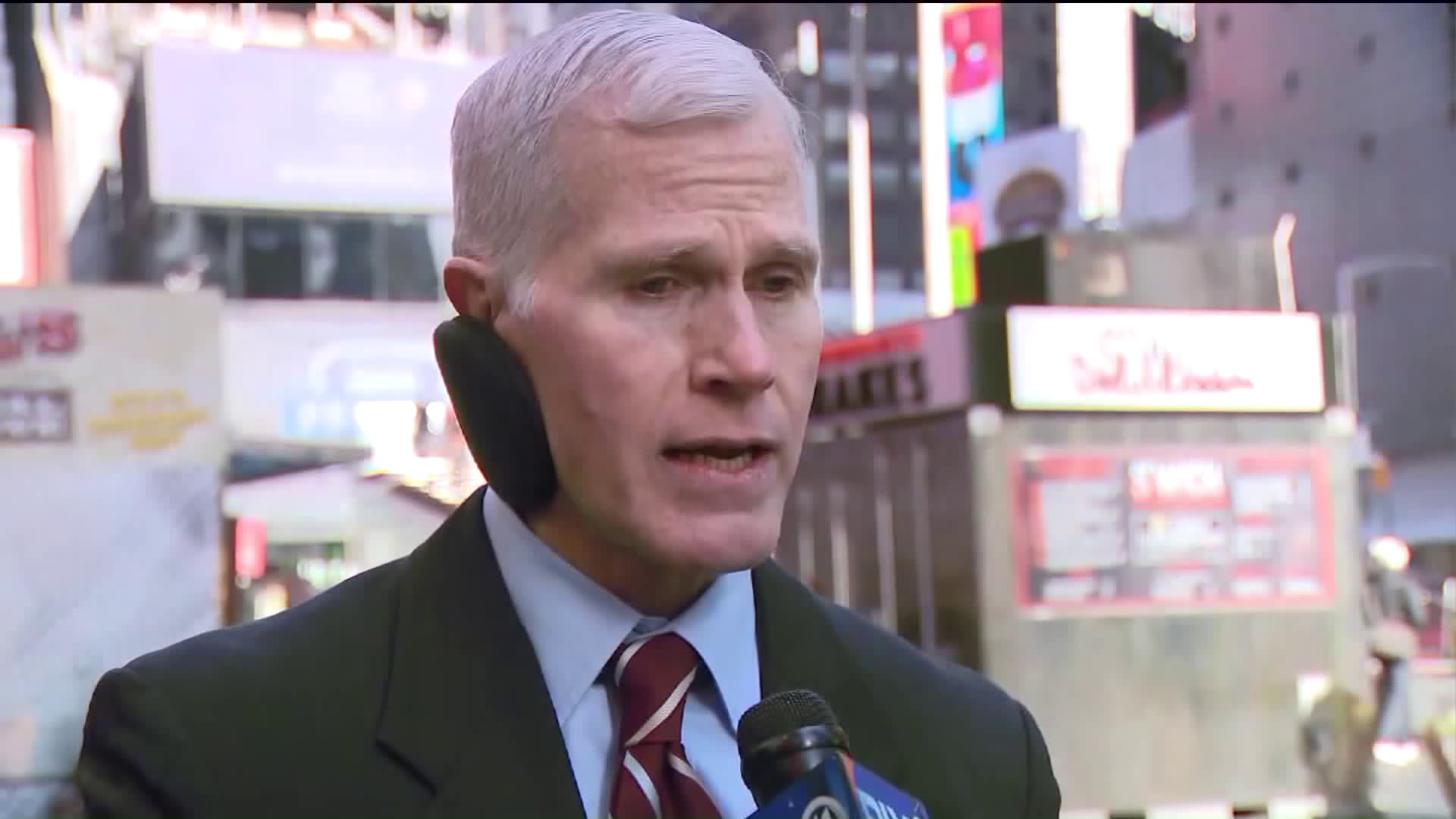 TIMES SQUARE, Manhattan — A new "character" in Times Square bears a striking resemblance to Vice-President Elect Mike Pence, but his views on political and social issues couldn't be more different.

His real name is Glen Pannell, 51, and he's a graphic designer and actor. But on the streets of Manhattan, he's the tongue-in-cheek character Mike "Hot" Pence. When people see him around, they take a double take — that's how much he looks like the soon-to-be vice president.

Mike "Hot" Pence is taking to the streets to collect donations for causes the real Mike Pence opposes!

"It is a kind of weird alternate universe Mike Pence. It is a little surreal especially when I put on the costume and do the hair and look in the mirror, it's a little freaky,” Pannell said.

Pannell's costume consists of a conservative suit jacket on top and short shorts on the bottom.

Pannell first dressed as Pence for Halloween after people repeatedly told him he looked like the vice-president elect. He had reservations about dressing up as Pence because he didn’t want people to think he was for the Trump-Pence ticket. Pannell openly supported Hillary Clinton.

“I was devastated after the election. I decided to fight back because the Mike 'Hot' Pence costume had gotten so much attention why don't I try to use that for good,” Pannell said.

Pannell is using his lookalike status to raise money — taking to the streets, carrying a collection bucket for organizations that support causes like LGBTQ rights, women's health, the environment and refugees — for causes that Pence has opposed!

PIX11 News caught many people stopping to take pictures with him and giving him donations.

“I actually saw him on Twitter and thought this guy is using his looks for a good cause. I live in Texas and I’m visiting. I came to Times Square looking for him and it’s crazy I did,” tourist Shayan Quraishi said.

"This is the Mike Pence I’d like to see in the White House actually," Pierce Cruz, from Chicago, said.

Mike “Hot” Pence has been such a hit, he’s trending on social media. His Twitter followers are seeking to find out where he’ll be collecting donations.

The reaction from passersby has been mostly positive.

Despite the humor in all this, he said there's a serious side to what he's doing.

"The charities I choose to raise money for are the ones I think will really be necessary in the next couple of years because a lot of people will be very vulnerable under a Trump-Pence administration,” Pannell said.

So far, Pannell has raised $2,500 collectively for all his charities.

Pannell said he’ll be out in his shorts, even in the wintertime, but is looking for an indoor space to fundraise.