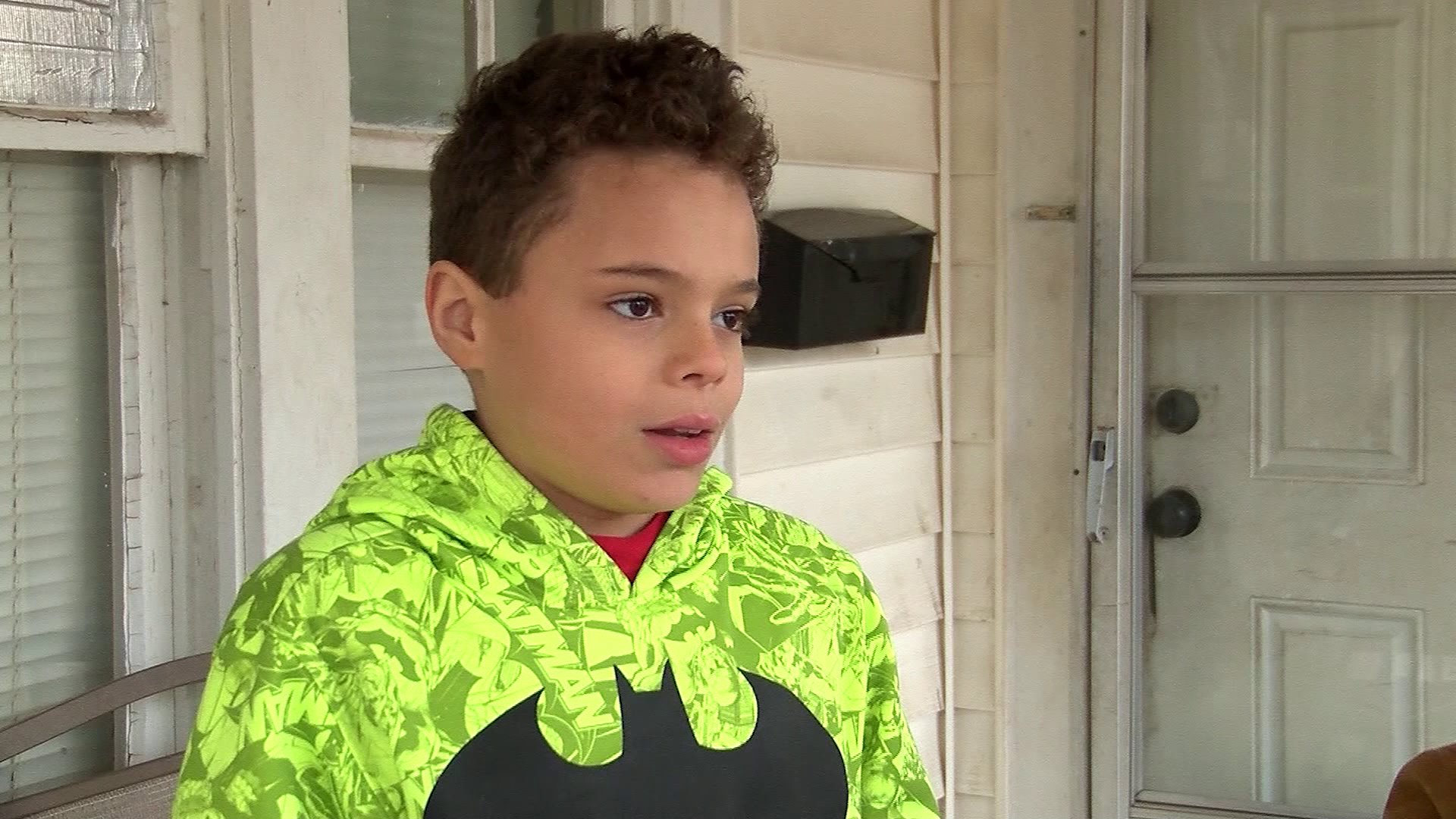 WICHITA FALLS, Texas — A 7-year-old girl was saved from a kidnapper thanks to the impressive actions of 11-year-old TJ Smith, say police in Wichita Falls, Texas.

TJ tells KAUZ that he saw alleged kidnapper Raeshawn Perez grab the girl when she was playing outside Saturday afternoon.

"She was riding her scooter and he picked her up and started walking, and I chased after him. I thought it was her cousin or somebody," he says.

When he realized something was wrong, TJ alerted adult neighbor James Ware, who ran outside, then went back in to grab his keys. TJ, meanwhile, kept following Perez and was able to direct Ware to the back of a vacant house on a nearby street.

Ware says that when he got there, Perez had the girl and looked like he was about to put her through a window, reports the Washington Post.

The Times Record News says Ware and another adult witness chased and tackled Perez after the man put the little girl down and tried to run.

Police say Perez, 26, told them he was planning to have sex with the girl. He was charged with aggravated kidnapping and is being held in the county jail.

Wichita Falls Mayor Stephen Santellana and Police Chief Manuel Borrego praised TJ and other witnesses for averting tragedy. They visited the boy in person Thursday afternoon to present him with a certificate of appreciation.

"One of our goals is to have our citizens assist us in preventing crime, looking out for each other and being good neighbors," Borrego says. "We certainly don't want them to put themselves at risk, but in this situation, I think the bravery of this young little boy and the bravery of the two other individuals was unique and necessary and I don't think they thought twice about it." (Cops say a mom in Florida fought off a man trying to abduct her daughter.)

This article originally appeared on Newser: Cops: Boy, 11, Helped Save Girl From Kidnapper