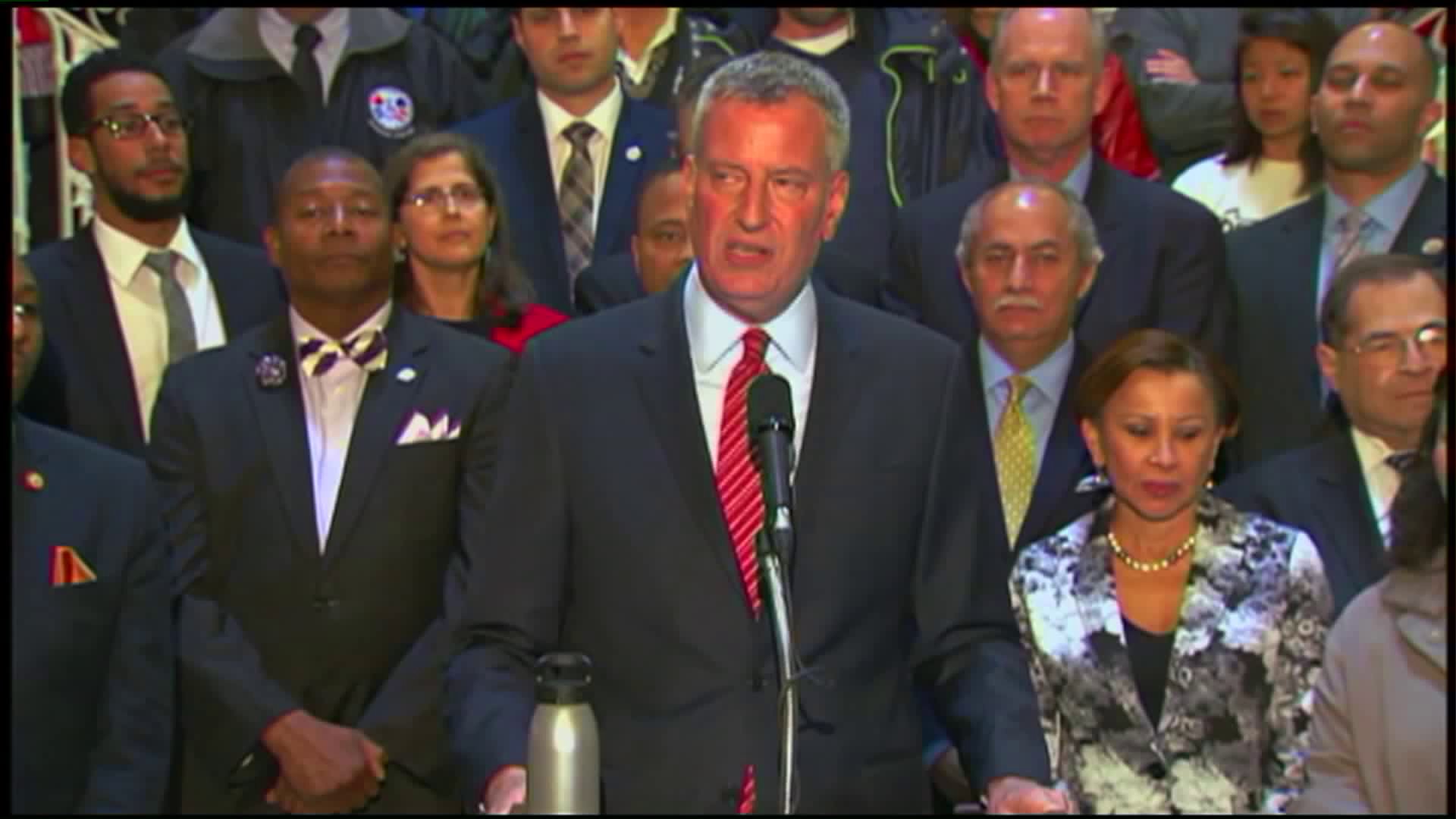 The city's Campaign Finance Board announced the fines on Thursday.

Among the fines was a $550 makeup bill for his whole family on Election Night.

His campaigned argued it was necessary in the "age of television," but the board noted that no grooming expenses are allowed under campaign finance laws.

De Blasio was also fined for a trip to Washington, D.C. with his son Dante for the 47th anniversary of Martin Luther King's "I Have a Dream" speech.

The mayor unsuccessfully argued it should be picked up because it "makes visible the candidate's life experience as a credential for public office," similar to using the family in TV ads.