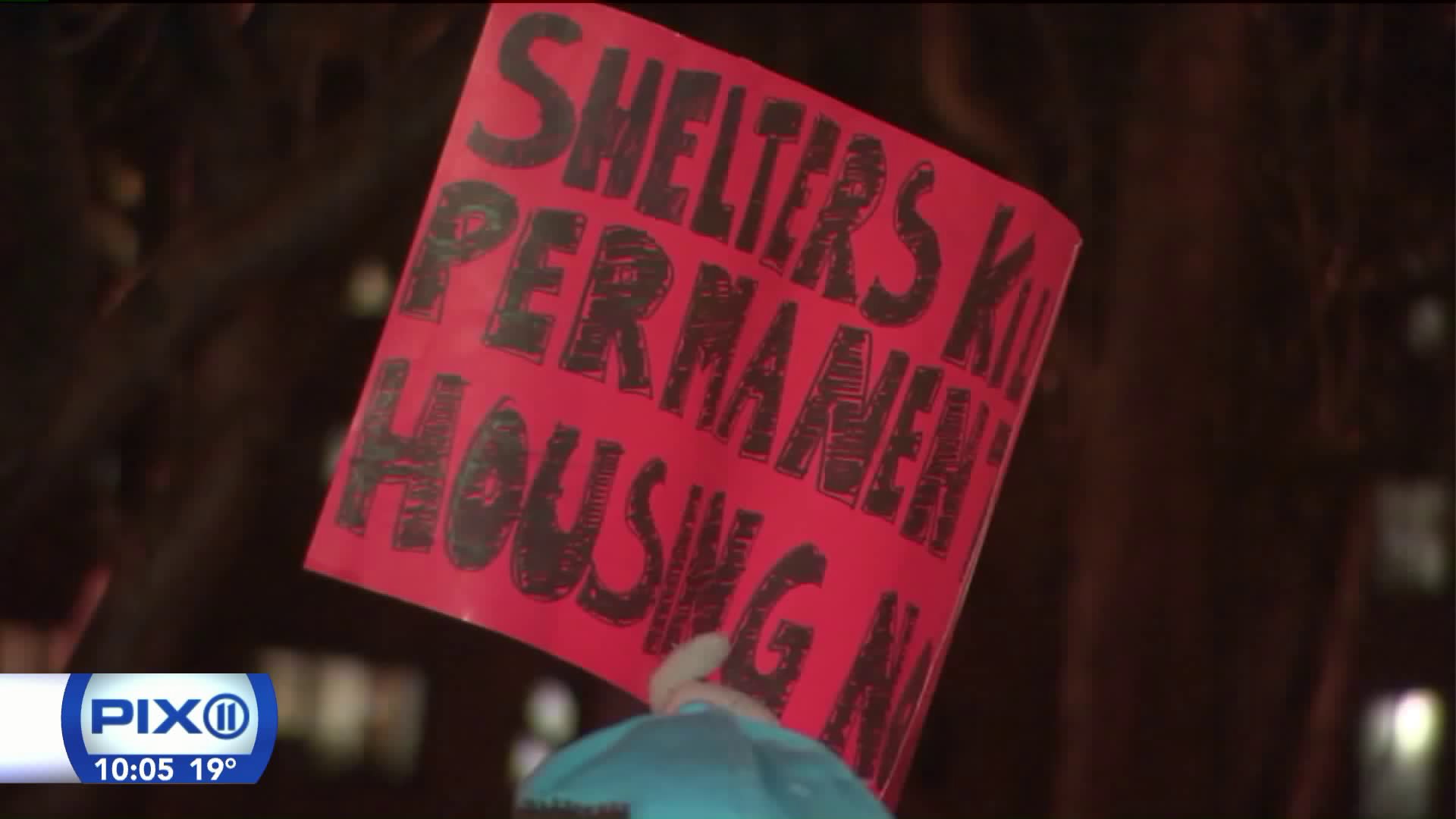 HARLEM, Manhattan – On the coldest night of the season thus far, hot tempers flared in Harlem.

"I cannot take this any longer. I am so tired of the system," said one homeless woman standing with men as well as little ones from Picture the Homeless.

They stood together prior to a mayoral town hall at a school at 102nd Street and Amsterdam to demonstrate against Mayor Bill de Blasio's shelter system that as of Wednesday has a homeless population of 66,662. The protestors also pointed out the shelter system has seen various violent deaths inside of shelters this year.

Inside, the mayor faced various questions on affordable housing from the crowd.

"Something has to be done about this" asked one man about foreclosure in his neighborhood.

The primary focus of the evening was city residents and their living situations, from those losing their homes due to rising costs to those plagued by NYCHA. Through it all, the mayor got an earful.

While some got to express their voices, Thomas Lopez-Pierre, standing by members of the NYPD when PIX11 first met him, said he was confirmed for the town hall. Once city officials found out he was running against the co-host of the event city council member Mark Levine, he says he was denied access.

A spokesperson for the city said Upper West Side residents come to town halls to engage in meaningful dialogue. They are asked to follow guidelines like waiting in line and checking in.

However, when PIX11 left, Lopez-Pierre was still outside in temperatures well below freezing, standing right beside the NYPD who had no issues with him. In fact he was joking with them, but they did not allow him to go inside.

The mayor's press secretary, Rosemary Boeglin, sent PIX11 News a statement regarding Lopez-Pierre being denied access to the town hall:

"The individual skipped the line for entry in order to cause a scene. He requested to be arrested, which our officers declined to do."