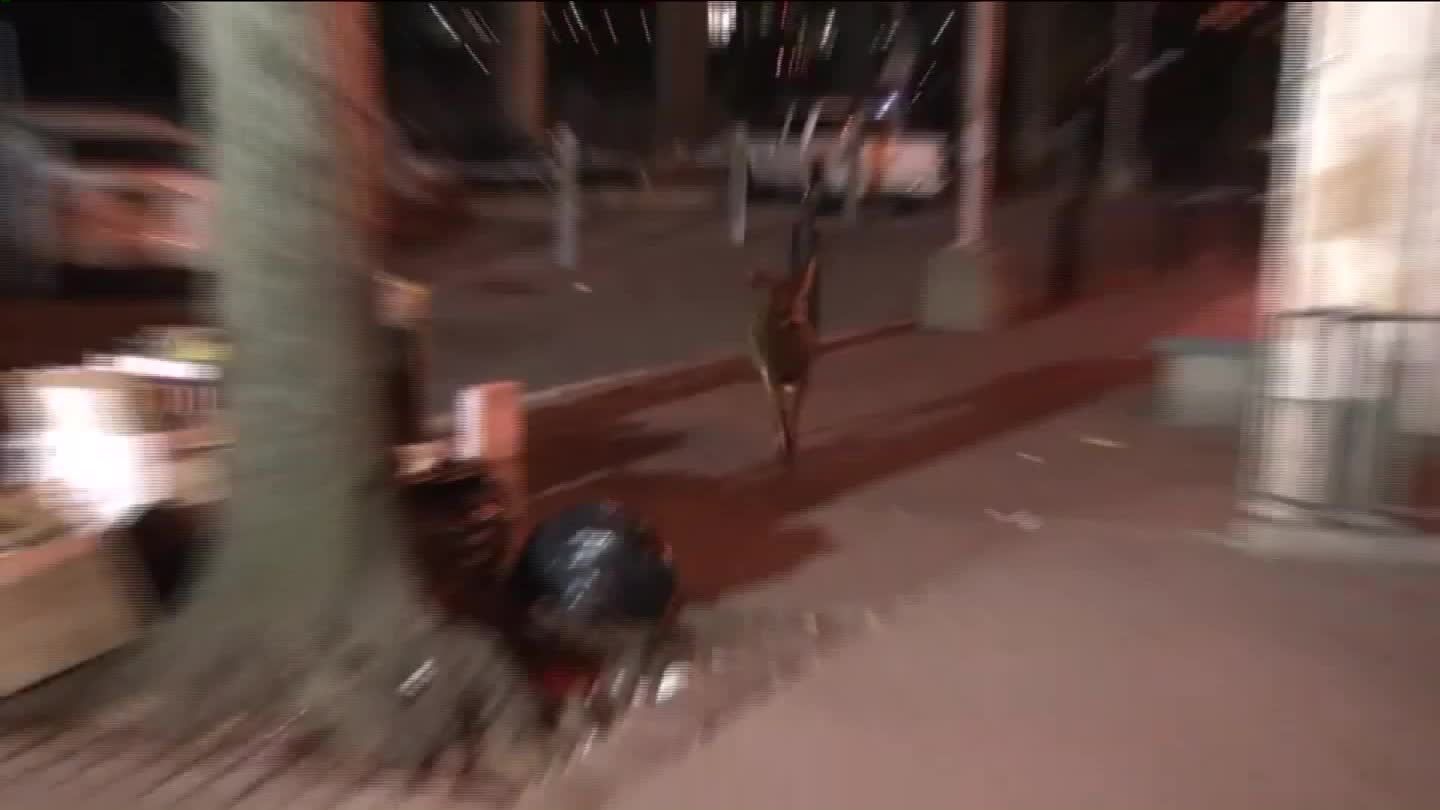 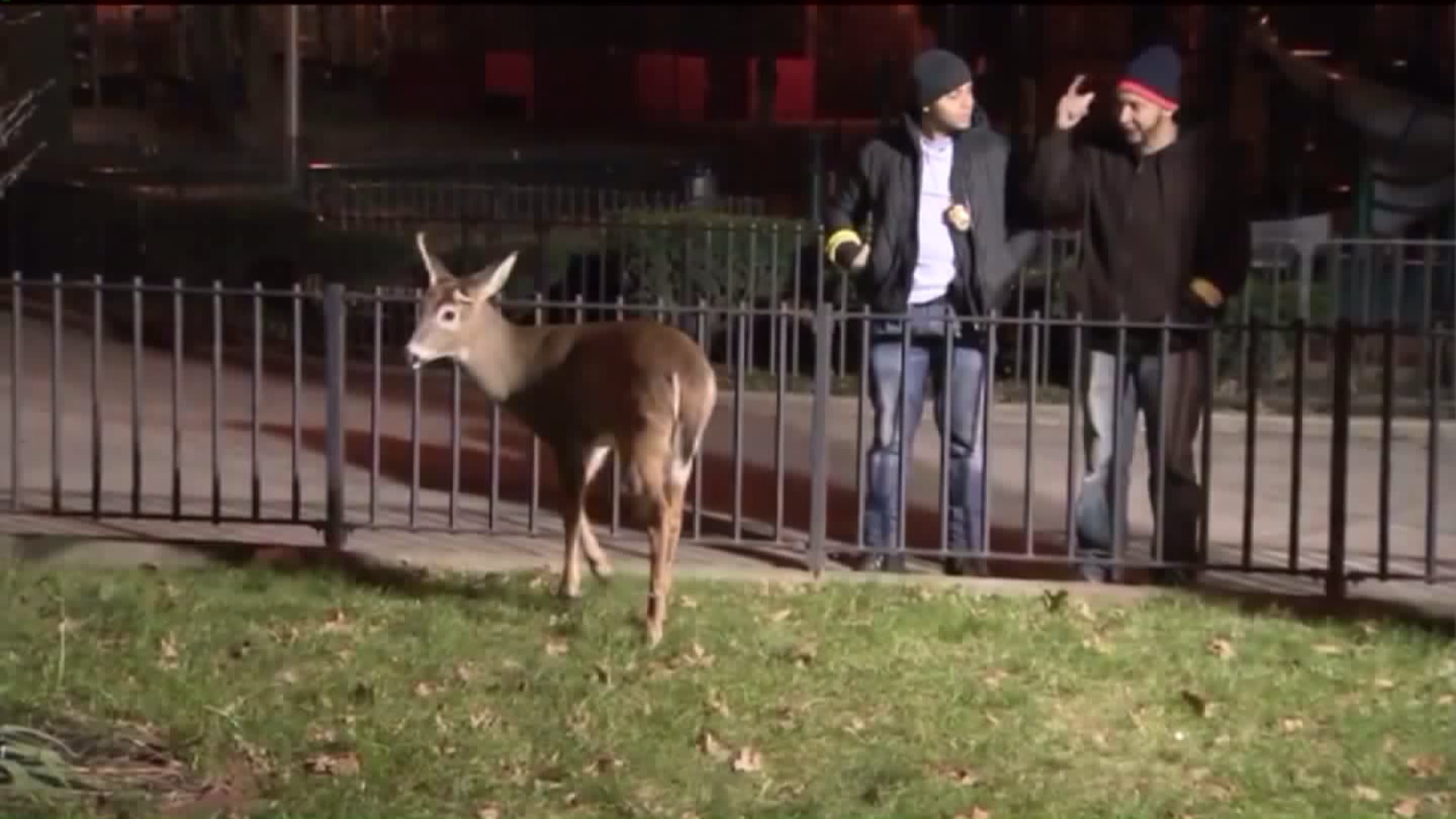 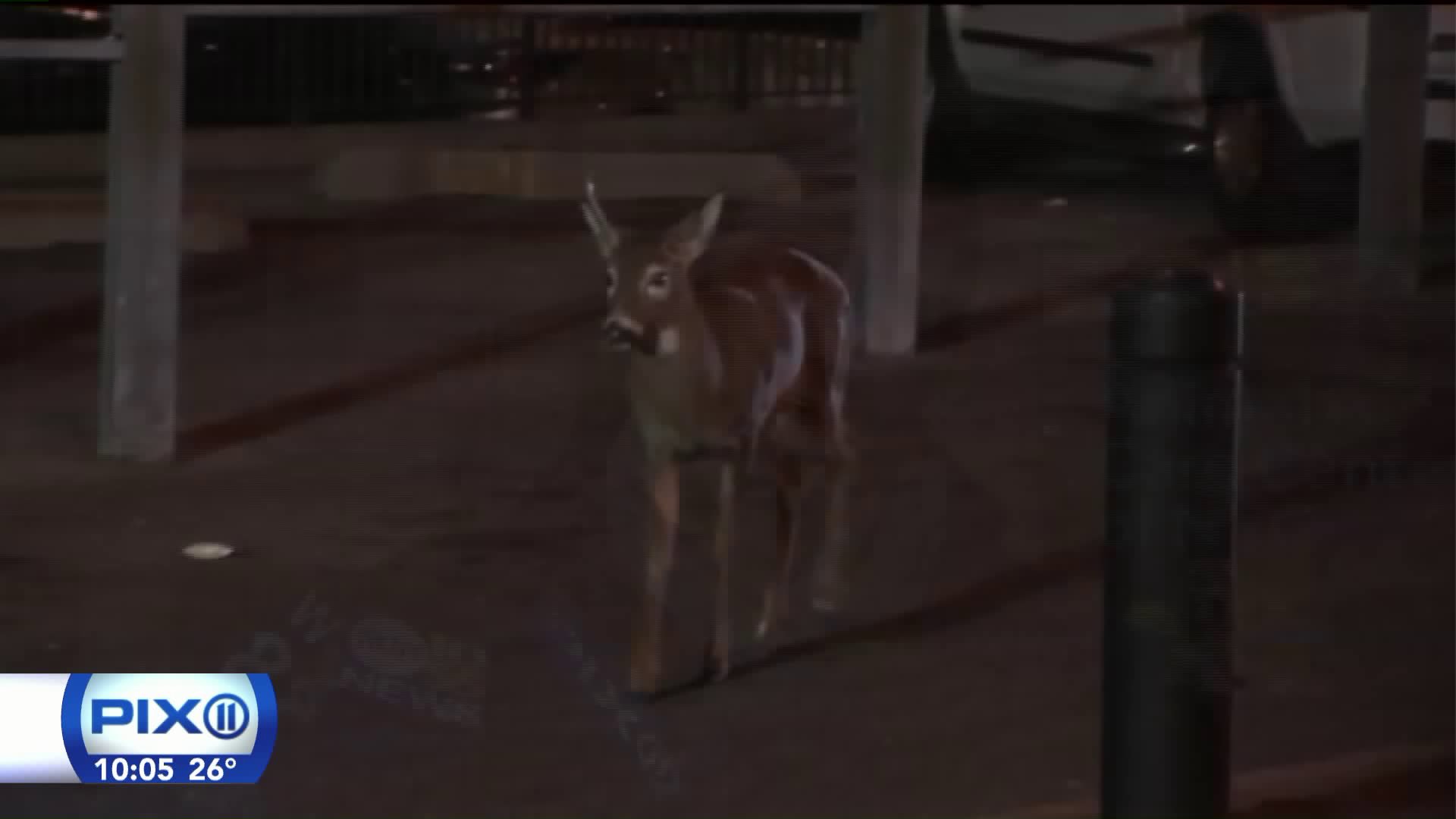 HARLEM, Manhattan —The one-antlered deer in Harlem died Friday while waiting to be relocated to safety, city officials said.

"Sad news: while under the stress of captivity & while awaiting potential transport upstate by state DEC, the Harlem deer has died," Eric Phillips, a spokesperson for the mayor's office tweeted.

“We offered yesterday to take possession of the deer and transport it to a suitable habitat. The City did not accept our offer until just before noon, and while we were arriving on scene the deer died in the City’s possession,” DEC spokesman Sean Mahar said.

The deer's death ends a day-long debate over what to do with the animal after it was captured in Harlem Thursday.

City officials said earlier Friday they planned to euthanize the deer because they believed euthanasia was the only safe and humane option for the deer, but reversed their decision after state officials promised to relocate the deer.

"We want to do everything we can to save the Harlem deer," Gov. Andrew Cuomo said earlier Friday. "We have told the city that the feds or we can transport it upstate today."

The deer became a local celebrity when it was first spotted at Jackie Robinson Park.

NYPD cops captured the deer on a Harlem housing complex's property Thursday and it spent the night at the Animal Care & Control Center in East Harlem. The deer died sometime between 12 and 2 p.m. while waiting outside in a fenced in area for transport upstate.

State regulations make it illegal to relocate the animal across county lines. The Department of Environmental Conservation does not issue permits to relocate deer to the wild because the poor chances for deer survival do not warrant the risks involved.

The Department of Environmental Conservation offered to help relocate the deer despite state regulations, but the city initially decided against that option because transportation would be very stressful for the deer.

"Moving the deer to a new place would likely have caused the animal a great deal of suffering and would have been inhumane on many levels," the Parks Dept. Chief of Wildlife and Education Sarah Aucoin said earlier on Friday. "Disorientation, trauma, injury and death are all possible results of relocating, and relocated deer have very low long-term survival rates."

City officials said they still believe euthanasia is the most humane option, but they had agreed to defer to the state as the regulatory authority on wildlife.