TSA says abandoned bear was a ‘stunt’ by a YouTube prankster 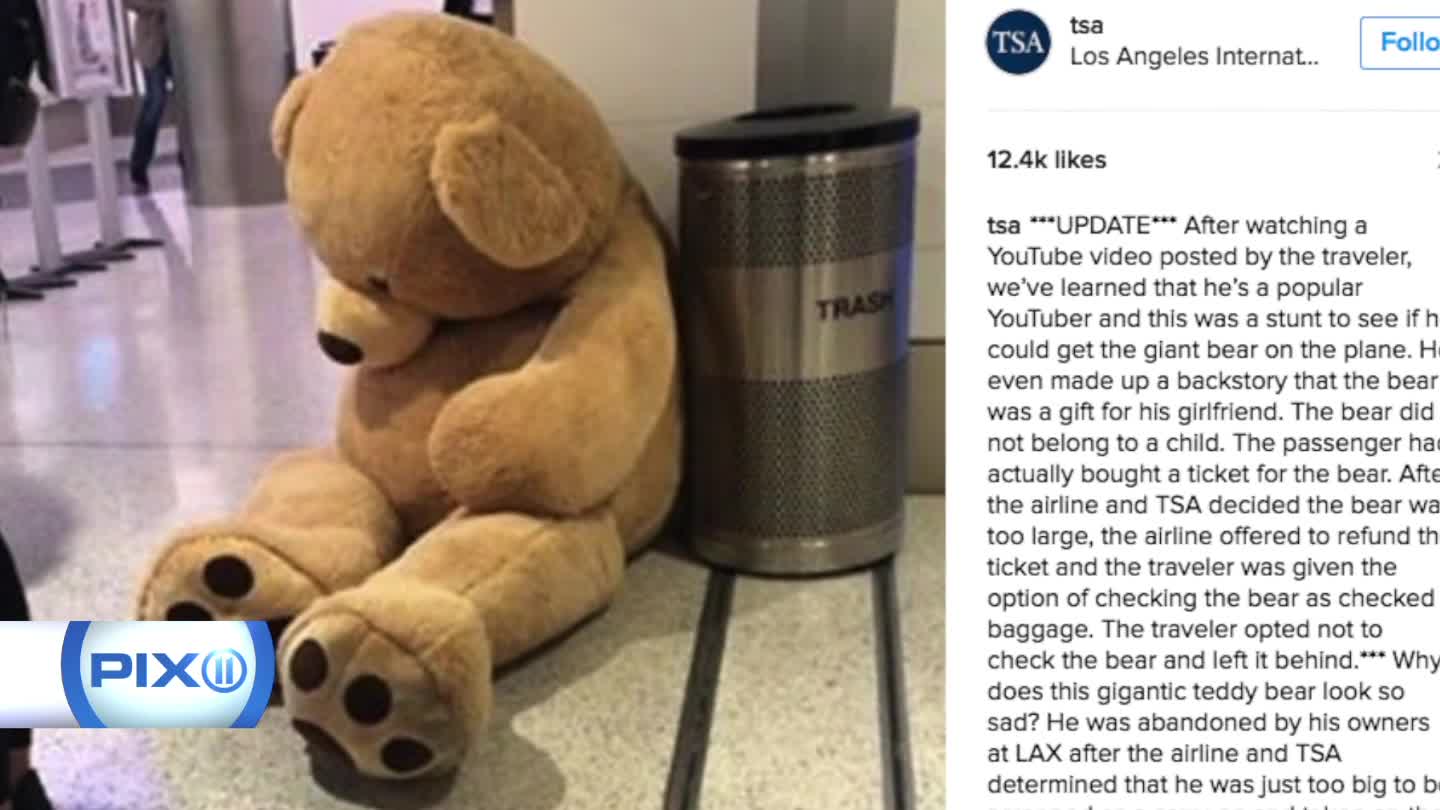 NEW YORK — The Transportation Security Administration has what appears to be an utterly depressing Instagram post: An abandoned, giant Teddy bear meant to warn travelers about oversized luggage.

"Why does this gigantic teddy bear look so sad?" said the TSA on Instagram, with a photo of a dejected bear slumped against an airport trash can.

"He was abandoned by his owners at LAX after the airline and TSA determined that he was just too big to be screened as a carry-on and taken on the plane."The TSA warned against the perils of traveling with enormous stuffed animals: "It's a good idea to check with your airline prior to traveling with overly large items as carry-ons."

The agency added, "If you see this wayward bear strolling the streets of LA, please feel free to feed him."

But the real story behind the abandoned bear is quite different. In an update to the Instagram post, the TSA said the traveler who abandoned the bear was not a despondent child, but a YouTube prankster.

"After watching a Youtube video posted by the traveler, we've learned that he's a popular YouTuber and this was a stunt to see if he could get the giant bear on the plane," said the TSA in its update. "He even made up a back story that the bear was a gift for his girlfriend."

The TSA said the bear's owner bought a ticket for the bear, but the unnamed airline and the TSA still decided it was too big to screen.

The airline offered to refund the ticket and gave the traveler the option of checking the bear as checked baggage. "The traveler opted not to check the bear and left it behind," said the TSA.

CNNMoney emailed the prankster but did not immediately receive a reply.

The Instagram post has garnered 12,400 likes and 1,236 comments as of Thursday morning, including this one: "Why don't you do the right thing and ship it back to the owner that you had to take it away from @tsa it's Christmas for crying out loud."

Other comments were supportive of the TSA, with one commenter complaining about "the audacity of some folks with their carry-ons."

The TSA is no stranger to social media, often using it to highlight the piles of guns and knives that passengers try to carry onto planes.