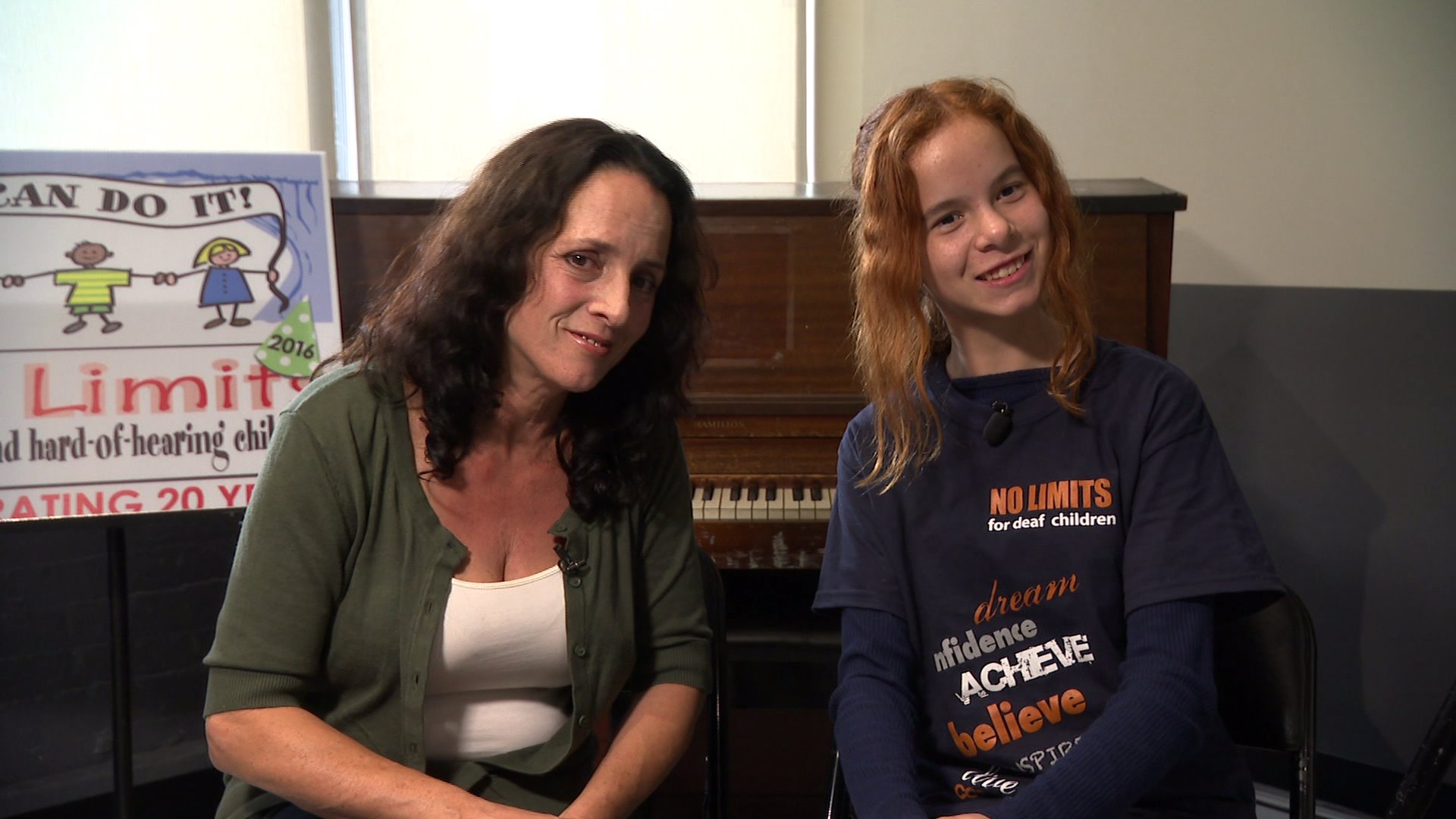 In this week's Stories from the Heart, we speak to one family who has embraced and thrived living with a hearing impairment.

“Talented, creative, and smart," Lana Pollack said. "Those are the main word I would use to describe myself.”

12-year-old Lana Pollack cherishes the ability to express herself more than most.

“I was just out there in the world, not knowing sound existed," she described.

She was born deaf, never hearing a thing for five years.

“She never responded to my jingling keys, babies love that,” Bridget Pollack remembered. "She used to mimic me, but without sound, that's when I knew something wasn't right.”

As a mother, Bridget grew concerned and frustrated. Doctors couldn’t give a clear diagnosis and teachers kept giving up.

“You start to doubt your own instincts because they’re supposed to be the experts and you count on them," she said. "But then that voice inside you says no they are wrong.”

Lana proved everyone wrong when she spoke for the first time at age six!

"One of the first words that I learned was Pumpkin because it was Halloween time,” Lana smiled.

“I’m getting straight As,” she gushed.

Much of that, they owe to the nonprofit, No Limits.

“We started as a theater group in 1996 doing shows all across the country,” Michelle Christie, founder and executive director, said. “I just wanted children to know that there are no limits to what they can do, even if people judge them, don't listen to them.”

The one-of-a-kind program helps deaf kids speak and gain confidence. Tonight, children and families will be sharing their personal stories in a performance called ‘Silent No More’ at the iconic Carnegie Hall.

“We want to get the word out there that there’s this group of people that have emerged between signing and speaking and hearing and they are literate, strong, proud and they’re trying to take on the world," Bridget described.

Bridget hopes to inspire with her presentation. As for Lana, she’s proven over and over what is possible, learning more each day and dreaming big!

“I’d love to be an animator, you know when I grow up and all," Lana said.

Lana currently wear a cochlear implant, which sends sound signals to her brain, helping her hear.