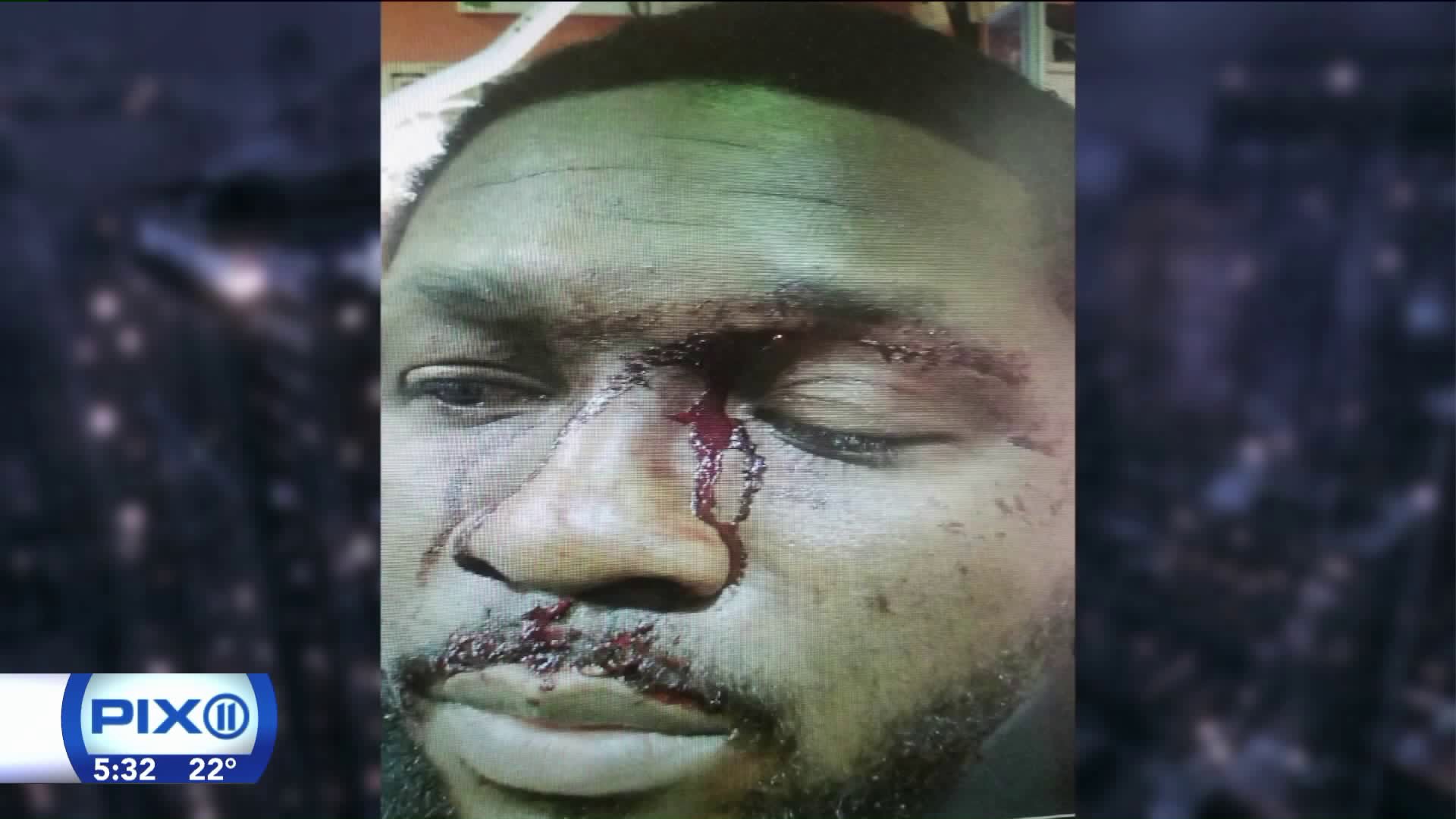 THE BRONX — A week after being transferred to a unit housing Rikers Island’s most violent inmates, a correction officer was beaten allegedly by an inmate recently sentenced for killing his mother, cutting up her body and taking a selfie with her decapitated head.

Speaking exclusively to PIX11 News on behalf of her fiance, who remained in the hospital Thursday afternoon, Brody said Hines was transferred last week to West Facility House.

He allegedly told his captain that he was improperly trained to work in that unit, which houses the jail’s most violent inmates, Brody said. Most officers working in West Facility House carry a baton and pepper spray. Hines was given neither, Brody said.

Correction Officer Matthew Hines was attacked by an inmate inside Rikers Island on Dec. 14, 2016.

It was about 7 p.m. Wednesday when Hines, a four-year veteran of the force, encountered an inmate, Bahsid McLean — and violence followed. It’s not clear what sparked the altercation.

McLean allegedly punched Hines repeatedly then slashed the officer above his eye. The captain, who carries a stun gun, was summoned, but not before Hines suffered serious injuries.

The correction officer was taken to the hospital with a fractured nose and skull and a cut above his eye that required three stiches, his fiancee said.

Department of Correction Commissioner Joseph Ponte said he's "outraged" by the assault, which he called "unprovoked."

"Attacks against the hardworking men and women who serve in our department will not be tolerated. ... Safety is our top priority and we will continue to take every step to ensure the safety and security of our staff and inmates," he said, in part, in a statement to PIX11 News.

The suspect, McLean, will be arrested, the commissioner said.

The inmate, 26, was recently sentenced to 25 years to life for stabbing his mother to death in their Bronx home, dismembering her body then scattering her remains around the Bronx. Prosecutors said he took a selfie with her decapitated head.

The president of the correction officers’ union called the incident "another grim reminder that crime is soaring in the City’s jails."

"There won't be any marches in the streets of New York to express public outrage when a dedicated Correction Officer is slashed above the eye by a convicted murderer with a mental illness,” COBA president Elias Husamudeen said in a statement to PIX11 News.

"Instead of calling for shutting down Rikers Island years from now, let's call for making Rikers Island safer for Correction Officers and everyone else immediately. How can we succeed in keeping this City safe if the City fails to protect us?"

The DOC commissioner pointed to tightened search procedures, added security-camera coverage and emergency response teams as part of the latest reforms implemented to handle violence and curb contraband, like weapons, inside the jail's walls.

He said his agency will "continue to seek a change to state law in order to authorize the use of body scanners, which we already own."

News of the altercation comes the same day as a former Rikers guard was convicted for beating to death a sick inmate who was awaiting trial in 2012.