‘This is a team effort’: An inside look at preparations being made for President-Elect Donald Trump’s Inauguration 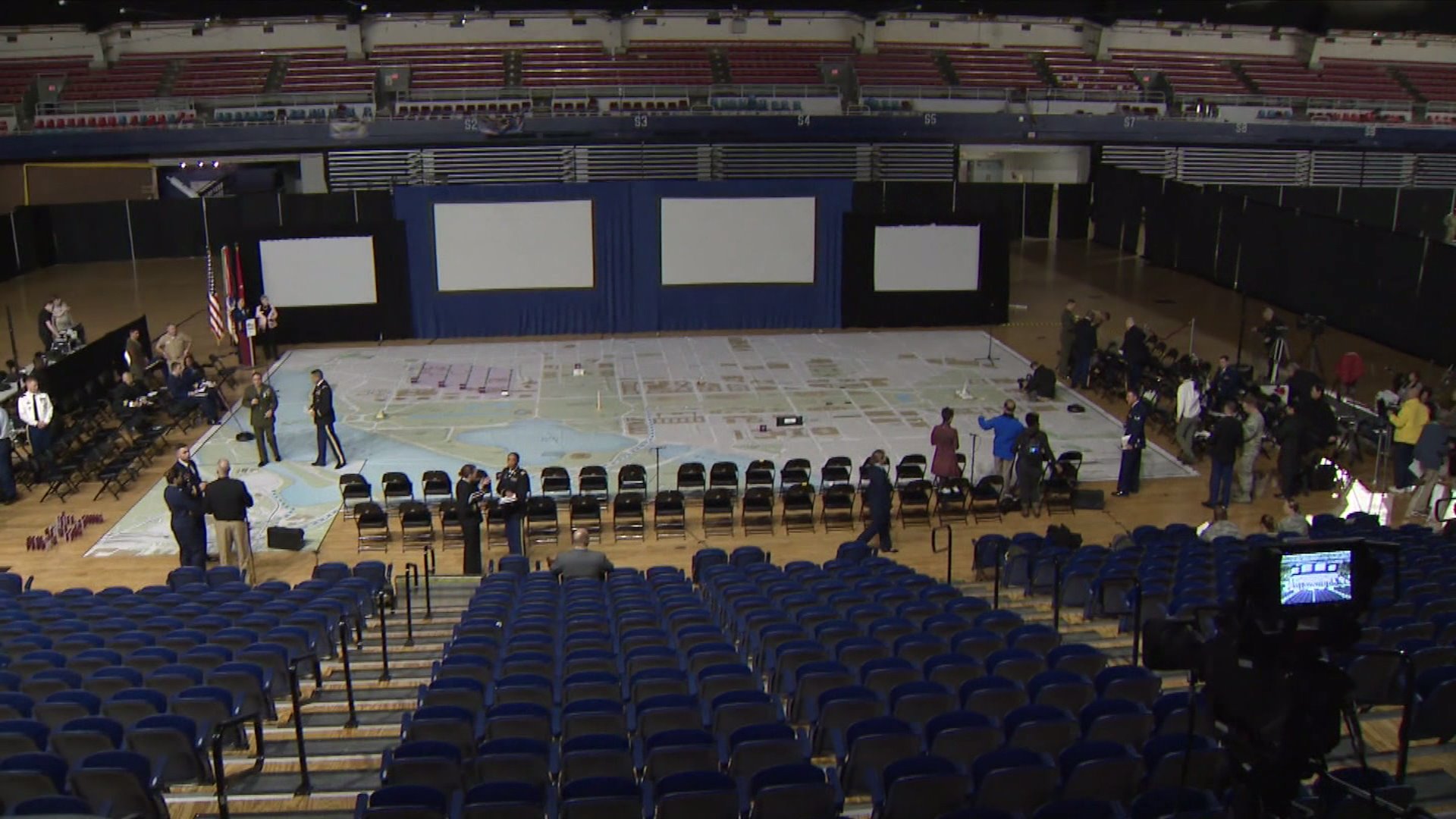 WASHINGTON, DC - The primary theme this morning inside of the DC National Guard Armory was 'team effort' as the Presidential Inauguration Committee, comprised of both civilian and military personnel, came together to --literally -- map out the inauguration of President-Elect Donald Trump.

The lay-of-the-land lesson consisted of a giant detailed floor map of Washington D.C on Inauguration Day with specific landmark models built out. The immediate focus being primarily on the White House where President Elect Donald Trump and President Barack Obama will meet after a Church Service as well as the United States Capitol.

Major General Bradley Becker is the Commanding General of the Joint Task Force-National Capital Region, which is designated at the lead support. Becker's task force will be providing support to the Secret Service as well as to local law enforcement through approximately 15,000 members of various branches of the military including national guard members. Their primary objective is to help prevent and respond in a worst case scenario.

"We provide very similar capabilities that we do for any other national special security events, such as explosive ordinance disposable teams and explosive dog detection teams to help clear routes," he explained. "We provide advance trauma life support teams in case of a medical emergency and we have got a chemical biological incident response force if needed we can push to support one of our inner agencies partners."

And as workers were constructing the inaugural platform at the Capitol as well the review stand near the White House, it is interesting to note that another piece of new construction will not only make an appearance but will be an inauguration first, the Trump Hotel.

As the new president rolls right past a building already with a name on it along the parade route, Trump's Inauguration Committee Communications Director, Boris Epshteyn  says there will be unique  elements that reflect the incoming president.

"You'll see some of the traditional staples," Epshteyn said. "History and tradition are extremely important to the President-Elect Trump and important to us here at PIC, but then of course you will see specific special representations of the Trump movement."