Teen in critical condition after being shot near Hofstra University campus 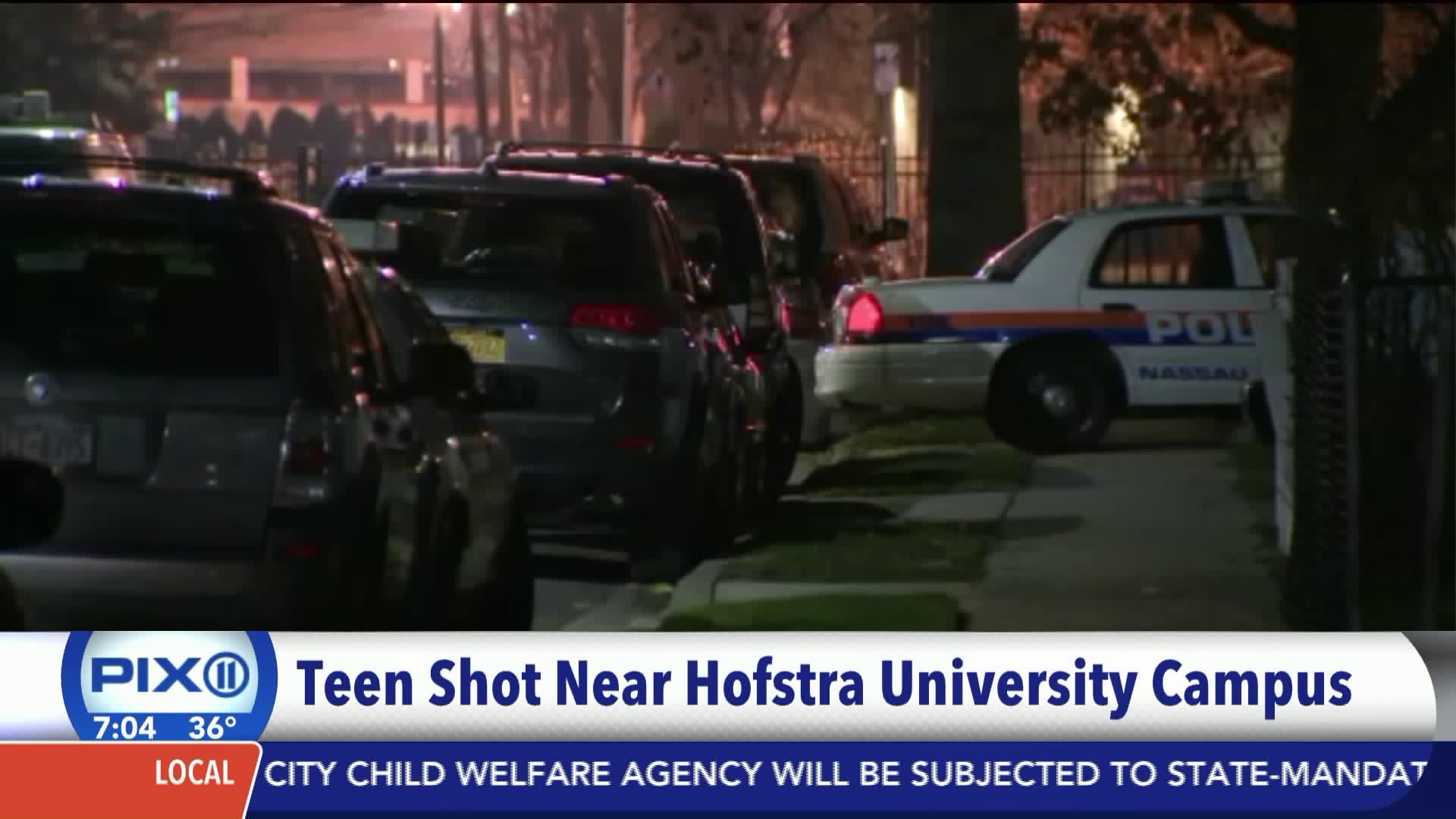 UNIONDALE, N.Y. – Police are hunting for two teenagers involved in the shooting of a 16-year-old near Hofstra University.

Nassau County police on scene of a shooting that left a person hurt on December 13, 2016. It happened on a dead end street facing Hofstra University. (Photo: PIX11)

Nassau County authorities said the shooting happened on Fenimore Avenue around 11:30 p.m. Tuesday. When police arrived, they found the 16-year-old boy with a gunshot wound to the head lying on the street.

"There was a verbal exchange between the young males and during the verbal exchange, one male did remove a weapon and he did shoot the victim in the head," Detective Lt. Richard LeBrun said.

The scene is on a dead-end street that faces up against the Hofstra campus. The victim in his teens is not affiliated with the university.

Students who attend the university received an alert about the shooting around 12:17 a.m. Wednesday. The text read: "Nassau police has notified Hofstra of shots fired near campus on Fennimore Ave. Uniondale. Subjects have fled the area. Call 911 if you have any information."

Police said the two culprits, between the ages of 16 and 18, fled the scene on bicycles.