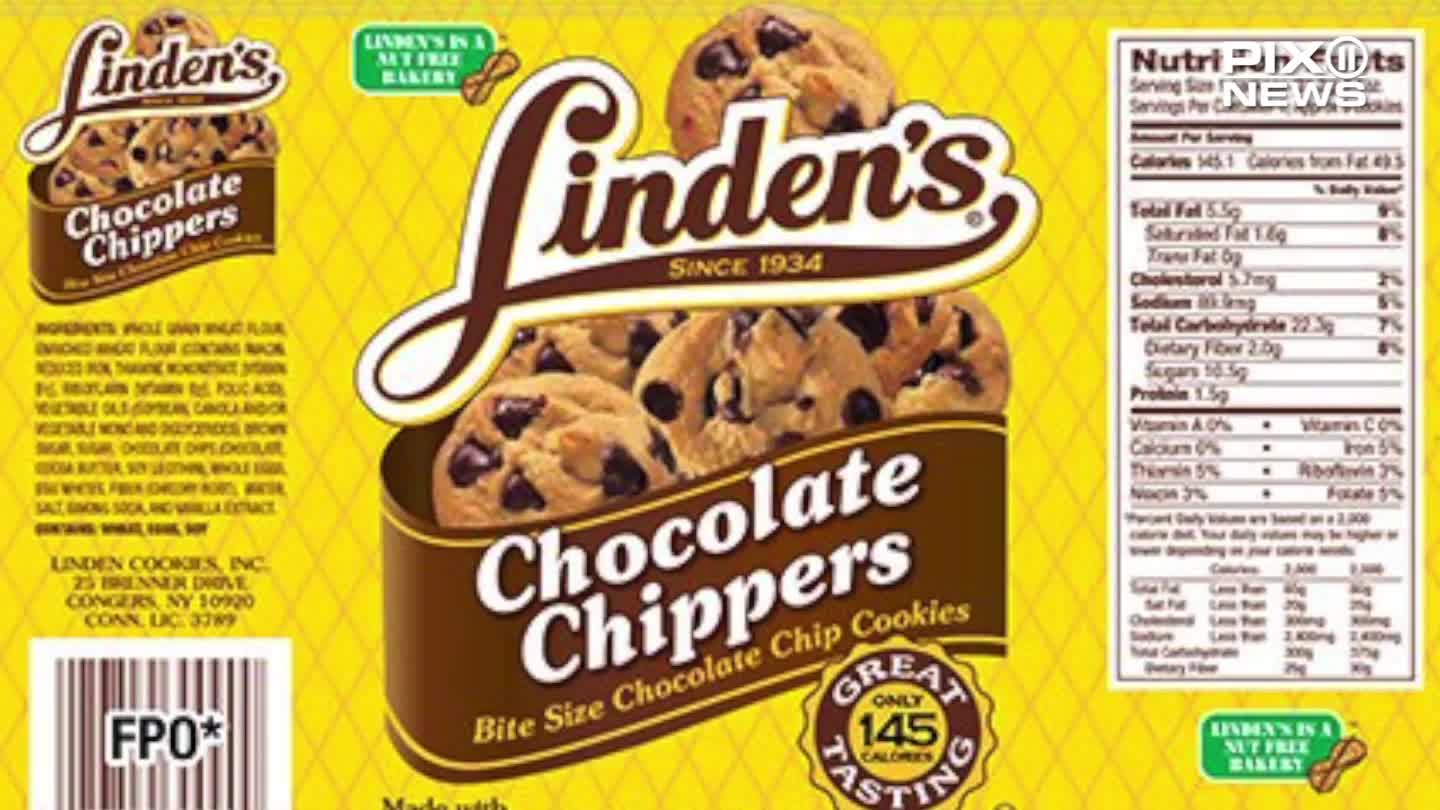 Linden's Chocolate Chipper were recalled for undeclared milk. (The Food and Drug Administration)

Anyone allergic to milk can get a serious or life-threatening allergic reaction if they eat the cookies.

The chocolate chip cookies are sold in eight states including New Jersey, New York and Connecticut.

There has been no reported illnesses, but the company is recalling the products as a precaution.

Linden Cookies is a family-owned business from Congers, New York.

Anyone who purchased one of the recalled products can return it for a full refund.