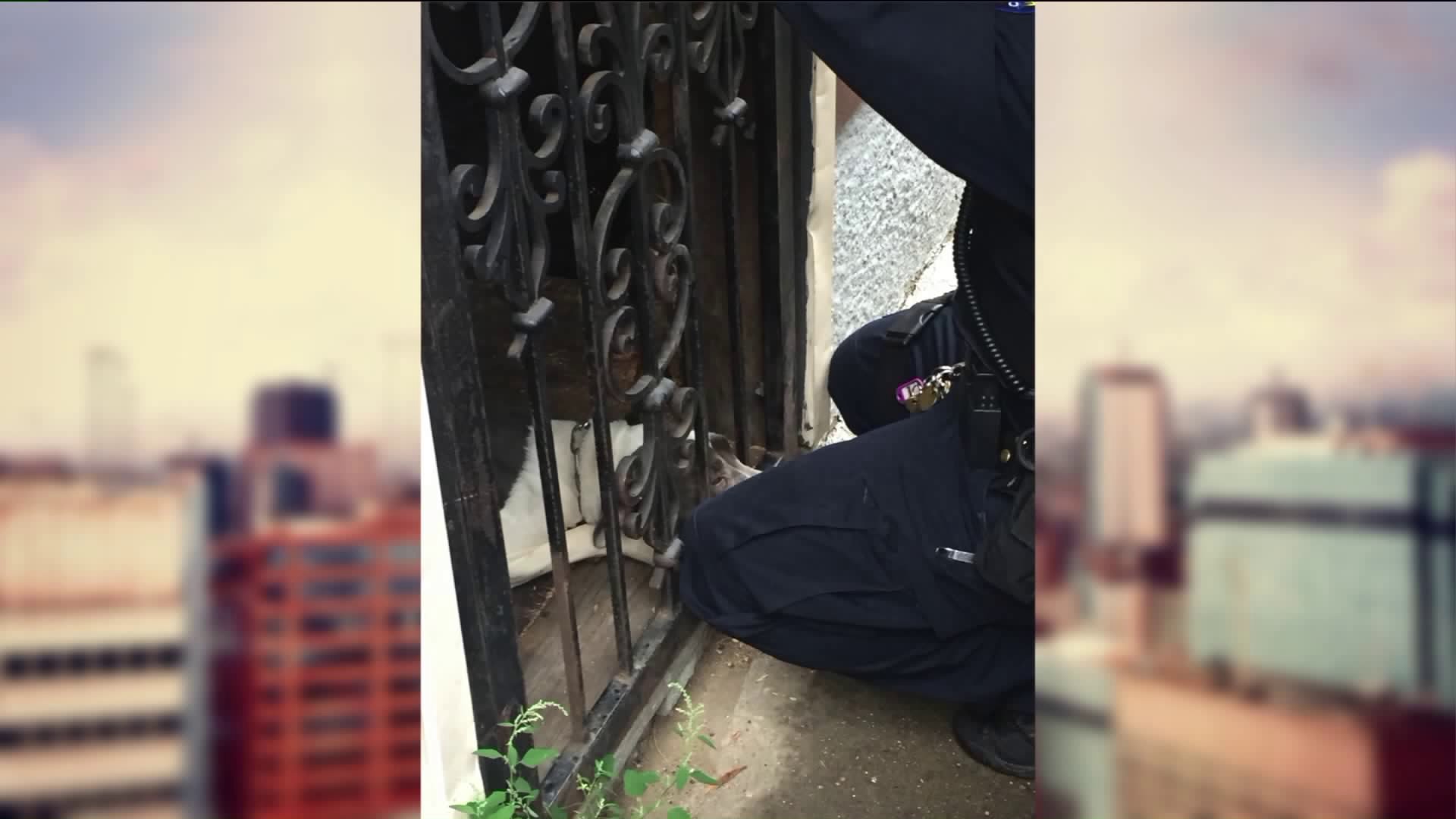 JAMAICA, Queens – It was love at first sight between a mistreated puppy and the NYPD officer who saved her.

Officer Joshua Sailor from the 113th Precinct found an emaciated 8-month-old pit bull in an abandoned building near Farmers Boulevard in Jamaica, Queens back in September, the NYPD said.

The dog was discovered chained behind a fence with little room to move, barely enough space for her to stand, according to Sailor. If her living conditions were bad, her physical condition was in worse shape.

"Physically you could see everything from her spine, to her hip bone, her ribs," Sailor said.

Once she was freed, the pooch ran straight to Sailor and in that moment, he knew he would adopt her.

"When we rescued Mila, she just gave me that look, like thank you," he said. "It was the saddest thing. It broke my heart."

Sailor, who used to work in a veterinarian's office when he was younger, would later adopt the puppy from the ASPCA and name her Mila. Now, he couldn't be happier to have her in his life.