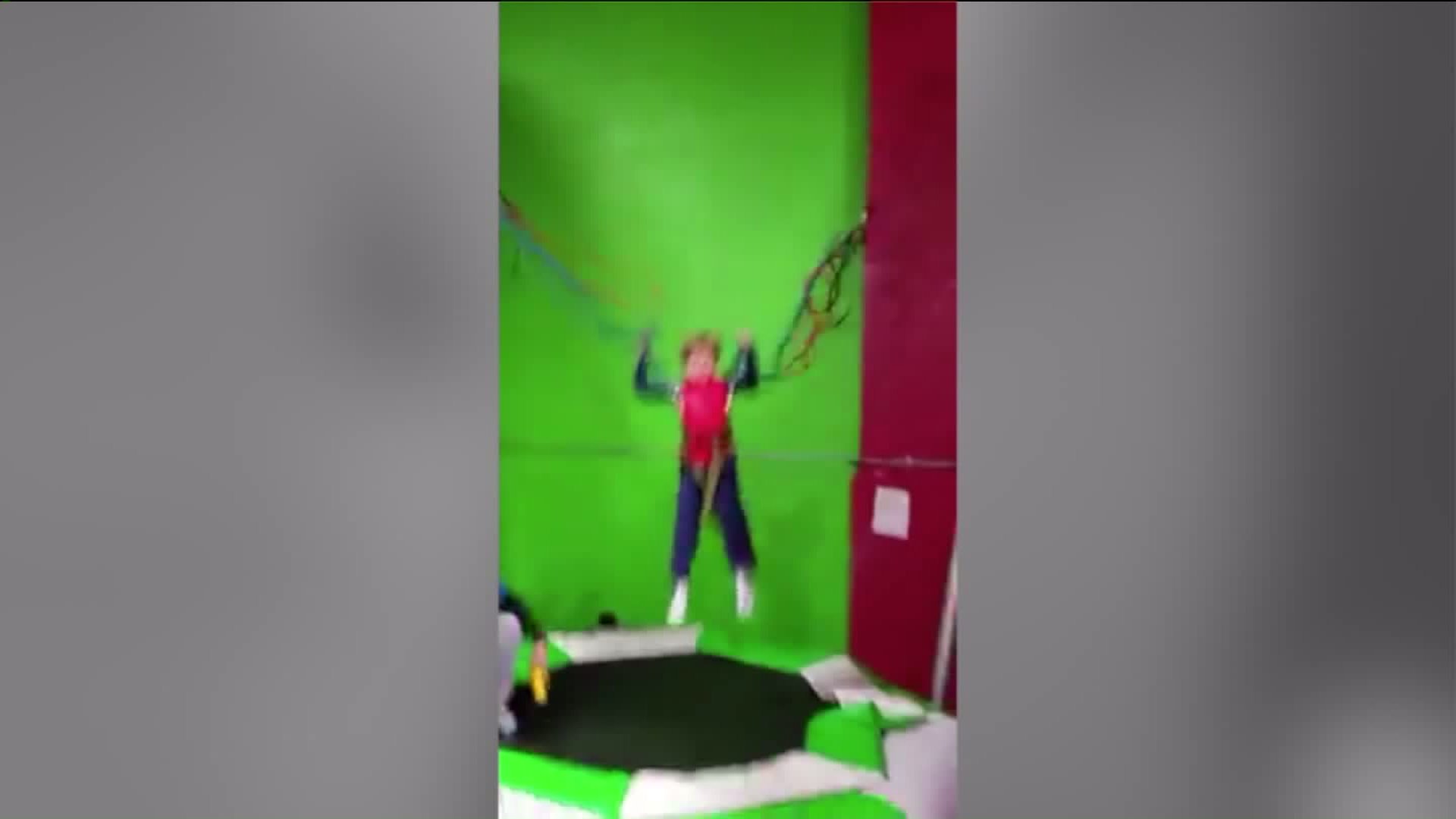 FARMINGDALE, N.Y. -- Sharon Murray is a mom on a mission to raise awareness about what she believes is a hidden danger at party fun houses in the New York area.

Murray is talking about the places kids love to have birthday parties that include bouncy houses and activities.

Murray took her 6-year old son Aidan to a party Sunday at Bouncers and Slydos in Farmingdale, Long Island.

Aidan was strapped into a bungee trampoline when the cable snapped while he was mid-air.

Luckily, Aidan was not too high in the air and fell to the trampoline below. He smacked his face into his knee, but was not seriously hurt.

"The mechanism failed," says Sharon Murray. Aidan was not injured because of the position he was in when he fell. A different child of a different height could have had a much more serious injury.

PIX11 stopped by Bounces and Slydos where owner Jeff Heisenberg opened up about the incident, saying he has no idea why the equipment failed.

"I was really bothered that he could have gotten hurt," says Heisenberg.

He says he has since removed the trampoline from the business and will not bring it back.

However, PIX11 learned that any bounce house business is not required by law to be inspected or have any regulations by the state.

The Department of Labor which monitors amusement parks and carnivals says this does not fall into their jurisdiction.

New Jersey and California are the only states with laws requiring bounce houses to be inspected.

Murray posted her story to social media, hoping to spread the word about the dangers to other parents.