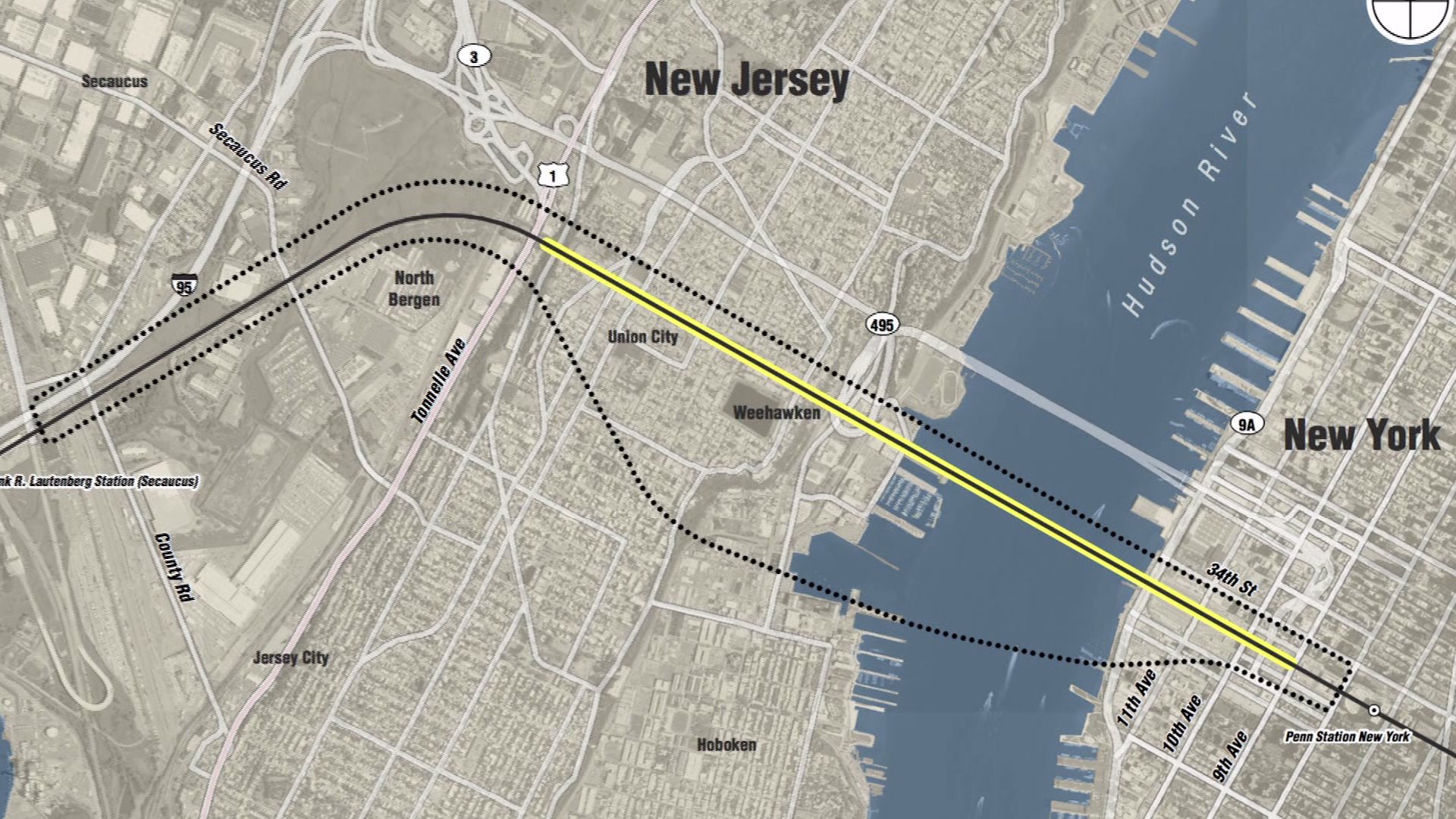 NEW YORK -- Project planners and elected officials met in midtown Monday to provide an update on progress in the Gateway Project, which is a package of rail upgrades that includes adding train tunnels beneath the Hudson River.

The rail tunnels that commuters depend on to get to Manhattan from New Jersey every day are under stress. The existing tubes are over 100 years old. Superstorm Sandy filled them with salt water.

"This is the most important public infrastructure project in America, bar none,” stated Senator Chuck Schumer (D-NY).

He said he has spoken to President-Elect Donald Trump about the project.

"He has signaled in a broad range that he is interested in both Gateway and a broad infrastructure bill,” he said. "And I’ve said to him, if you’re going to do it right, you’re going to have to garner opposition among the hard right. I’m not gonna say what his answer was.”

The multi-billion dollar project to upgrade and overhaul rail infrastructure will also require a budgetary commitment from the President and his Transportation Secretary will have to make the massive undertaking a top priority, elected officials said Monday.

A Reuters report said Monday that one trade-off to adding train capacity in and out of New York may be added vehicle traffic on the west side of Manhattan in the interim, while construction is completed over a period of three years.

"I think it’s worth it because more people will be on the train instead when its done,” said Nellie Forney, a commuter.

Elected officials said not rehabilitating the existing rail tubes is not an option.

“If they fail, the economy would just plummet,” said Sen. Schumer. “And it could happen, because of Sandy accelerating the deterioration of the tunnels very shortly.”

The Gateway project is currently undergoing federal environmental review. This phase expected to be completed by early 2018.