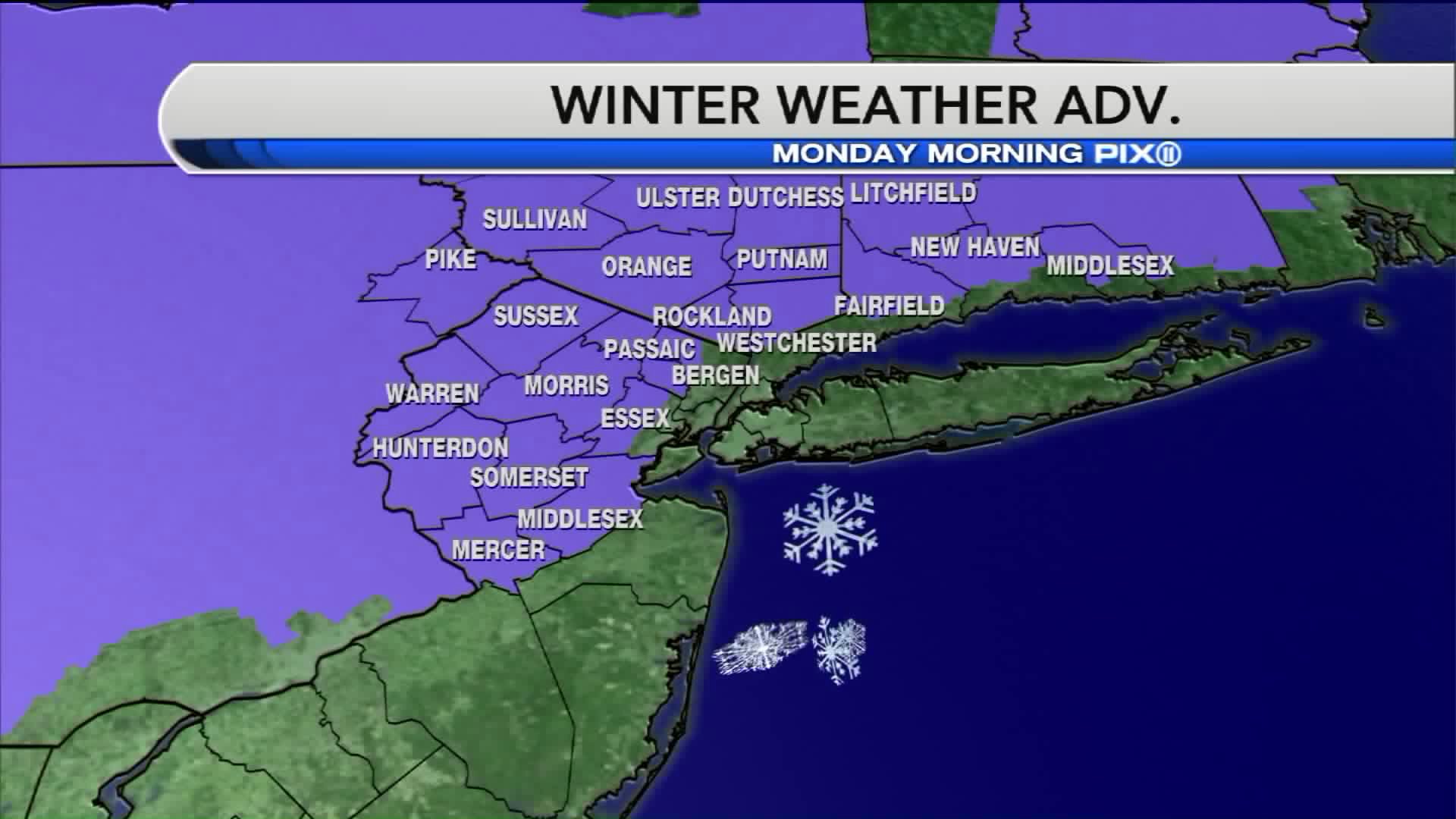 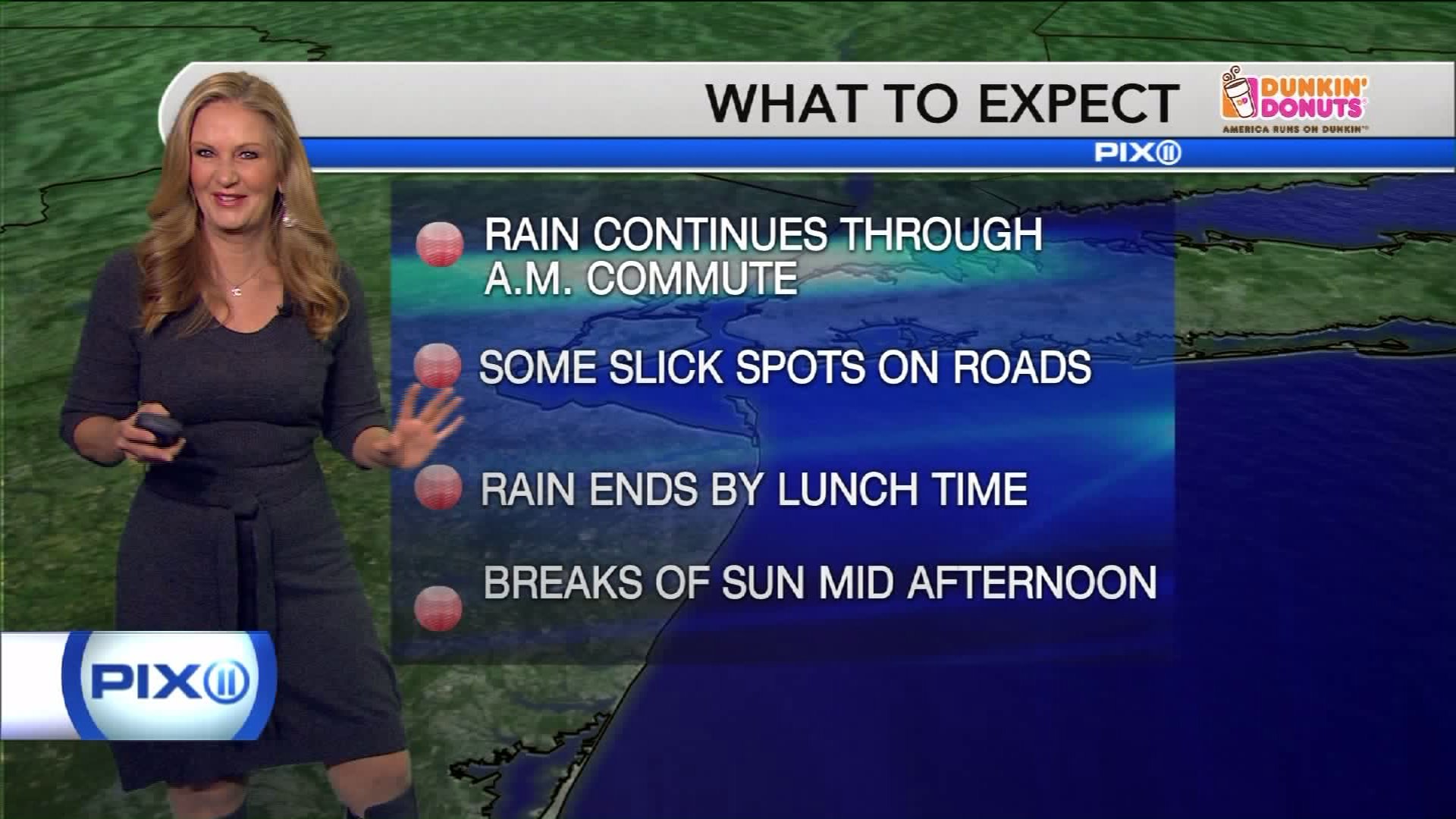 NEW YORK — Schools in parts of New Jersey and New York will be delayed up to two hours Monday after a mix of rain and snow hit the tri-state the night before.

Snow began falling Sunday afternoon, but by Monday morning a warm front moved in, switching it to rain for the majority of the tri-state. A winter weather advisory will remain in effect for northwest New Jersey, Orange and Putnam counties.

The combination of near-freezing temperatures and wet snow could cause patches of black ice on roads, the National Weather Service warned. Prepare for dangerous driving conditions and a difficult morning commute.

As of Sunday night, New York City got a light dusting with about half an inch of snow, according to the weather service. Parts of northern New Jersey got 1 to 3 inches of snow with up to 1/10 inch of ice.

Some schools in parts of New Jersey announced delayed openings up to two hours to ease travel for parents and students.

Temperatures are expected to reach a high of 49 degrees in the city Monday, and the low 50s in the suburbs. The rain is also expected to end around noon.

The weather will dip beginning Tuesday, and another storm system may clip the area Wednesday night and once again bring in some light snow.

By the end of the work week, expect bitterly cold temperatures only reaching a high of 25 degrees on Friday with wind chills in the single digits.

PIX11's Ashley Soley-Cerro and Joseph Punday contributed to this report.