Lufthansa flight diverted to JFK Airport due to bomb threat 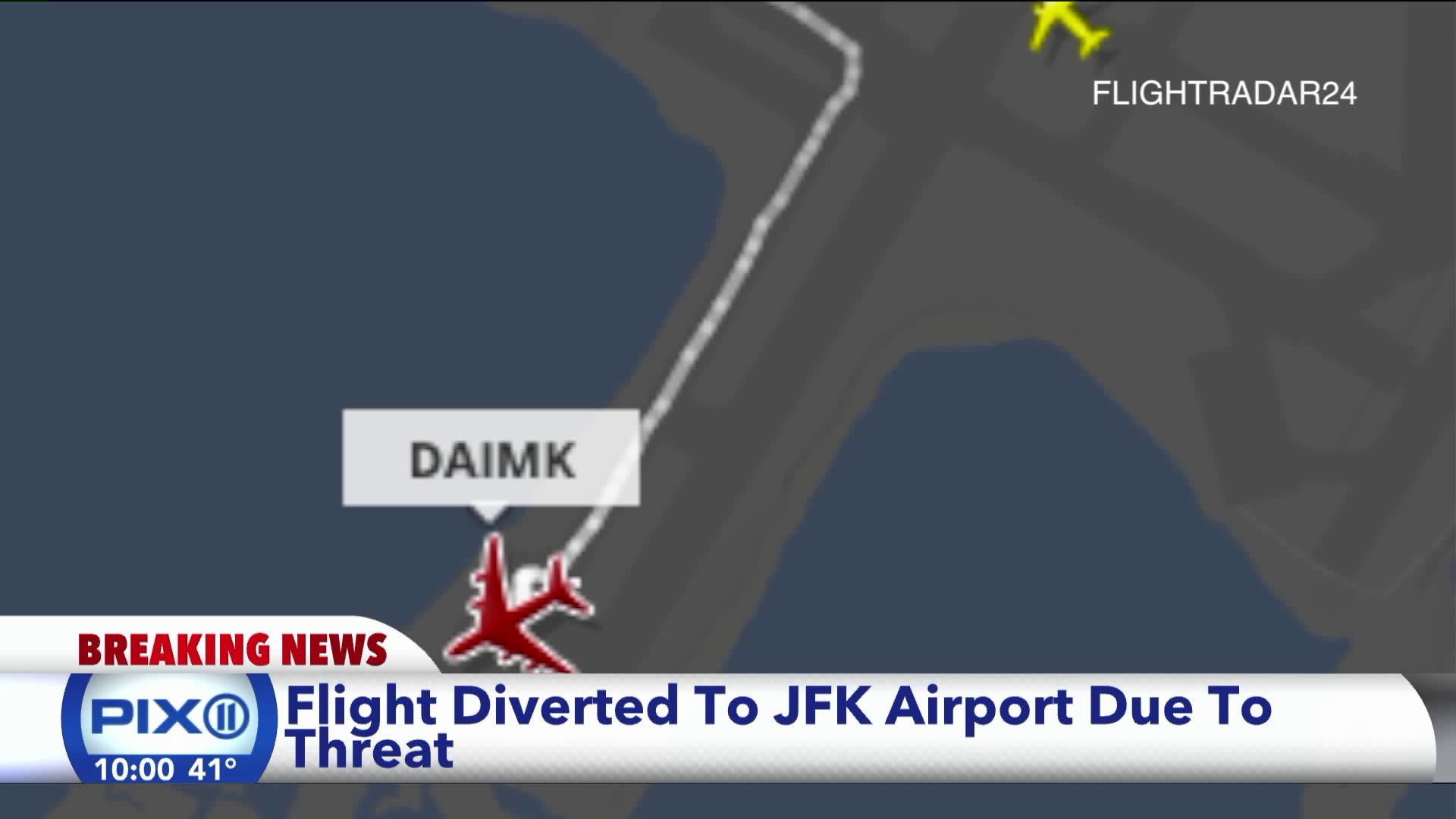 QUEENS -- A Lufthansa flight was diverted to John F. Kennedy International Airport due to a bomb threat Monday night.

Port Authority spokesman Steve Coleman says Lufthansa Flight 441 was heading from Houston, Texas, to Frankfurt, Germany, Monday night when a threat was called in to the airline's corporate headquarters in Cologne, Germany.

Coleman says the pilot was notified and chose to divert to JFK as a precaution. The plane was taken to a remote area of the airport where 530 passengers and crew were evacuated.

Officials searched the plane. Coleman says nothing suspicious was found.

The flight has been rescheduled.

The incident did not impact flight operations at JFK.