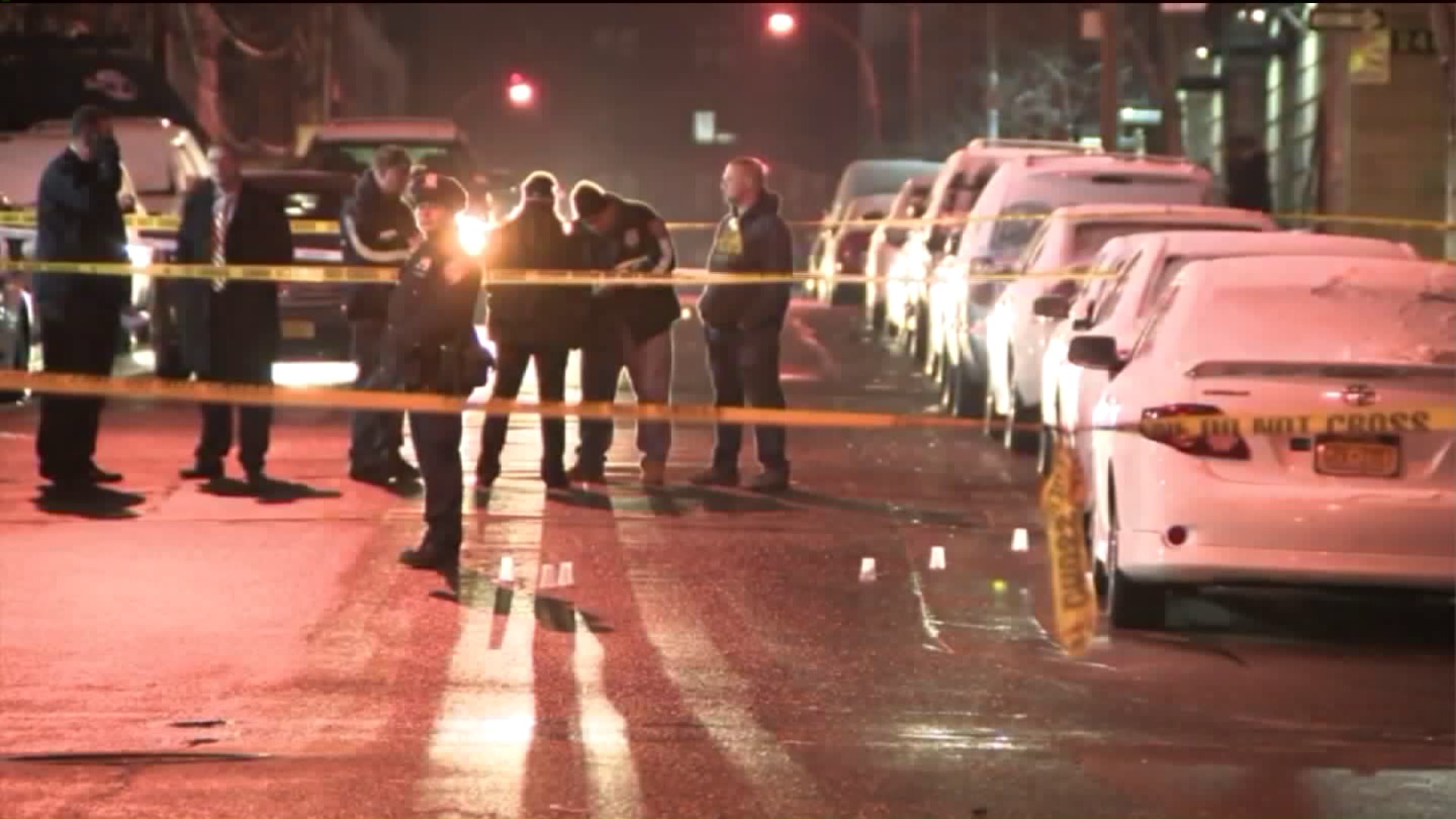 MOUNT HOPE, The Bronx — One person is dead and another critically injured following a shooting in the Bronx Sunday night.

The shooting happened around 7 p.m., in the vicinity of E. 175th Street and Weeks Avenue in the Mount Hope section of the borough.

When police arrived, they found two men with gunshot wounds.

A 41-year-old man, later identified as Jose Morales, was shot once in the head and pronounced dead at the scene.

Police rushed the other victim, a 25-year-old man, to an area hospital in critical condition. Police say the man was shot in the face and torso.
Police were seen using plastic cups as evidence markers at the scene.

A man and a woman were fatally shot at the same intersection on July 25.

Police have not released the name of the victim pending family notification.

No arrests have been made.
This is a developing story, check back for updated information.