Snow and ice for many parts of US this weekend 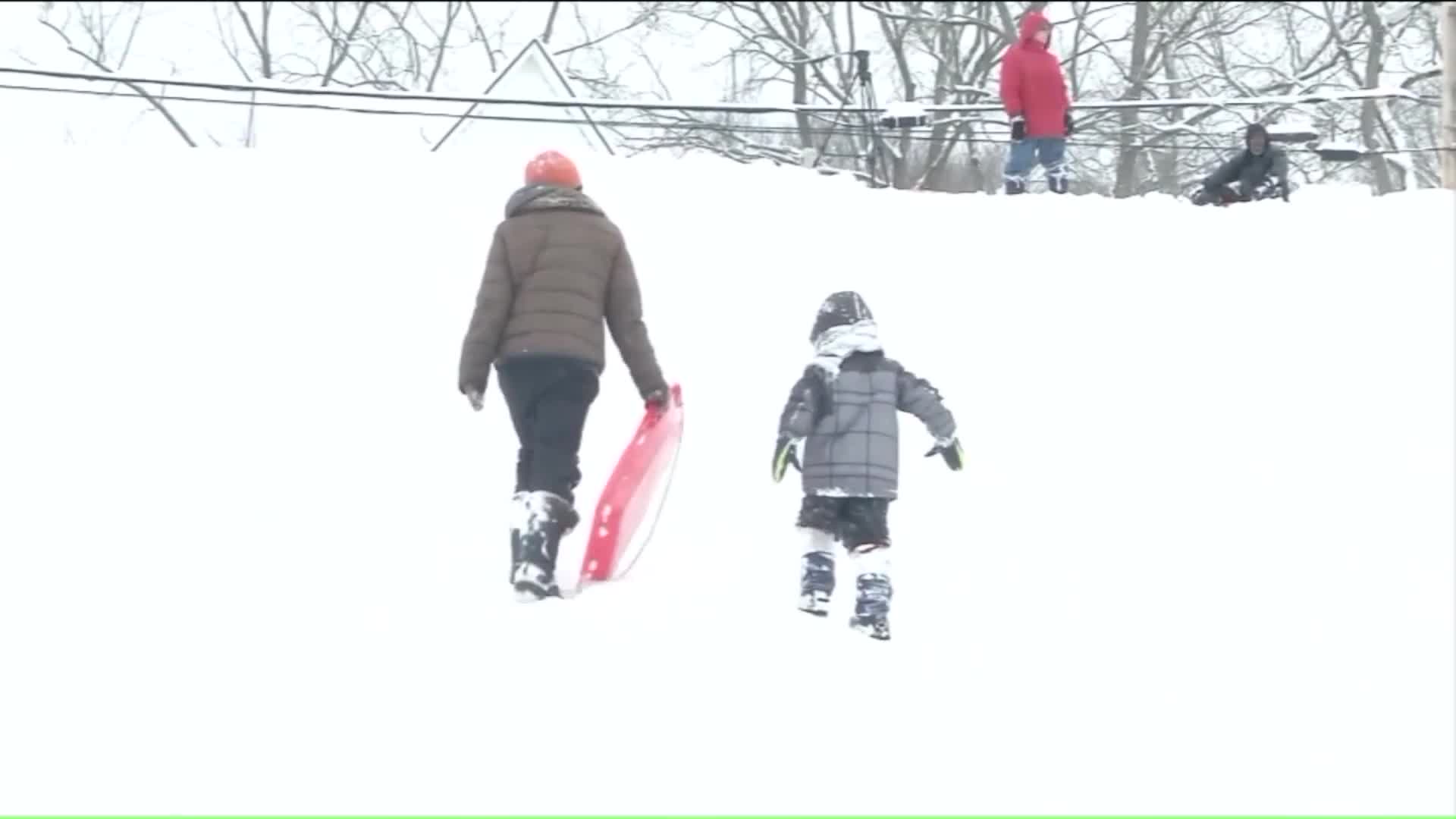 About 100 light-rail passengers got stuck in the cold and dark after a high-voltage power line tumbled onto the tracks as an ice storm hit in Portland, Oregon.

The train inched forward, then stopped several times before the lights went out.

The passengers were stranded at least three hours before firefighters finally could rescue them early Saturday, CNN affiliate KATU-TV reported. No one was injured.

"So we sat there in the dark," passenger Jill Carroll told the Portland station. "It got colder and colder."

It's a sentiment nearly 38 million Americans may well share as a swath of cold air pushes into much of the country.

Stretching from parts of Montana to southern Texas and from Maine to northern Florida, high temperatures across much of the United States will range 10 to 25 degrees below normal.

A secondary arctic air blast is expected through the Midwest and Northeast next week, with high temperatures forecast to be 20 to 30 degrees below normal.

Road conditions there aren't likely to get much better in the coming days.

Snow and ice will blanket a good portion of the Intermountain West. Much of North Dakota is under wind chill advisories, where it could feel as cold as 25 to 35 degrees Fahrenheit below zero. Under these conditions, frostbite can form on exposed skin within 30 minutes.

Other parts of the country are expected to see plenty of snow.

"The potential for a foot of snow exists for Chicago and other parts of the Midwest this weekend as a complex storm system moves across the region from Saturday evening through the Monday morning rush hour," CNN meteorologist Derek Van Dam said.

"The snow will be dry and powdery, and some blowing and drifting is likely."

Delays are likely for people on the road or in transit.

On Sunday afternoon, the Cincinnati Bengals face off against the Cleveland Browns in what could be the snowiest NFL game on record in Cleveland. The forecast calls for 3 to 5 inches of snow.

"A significant arctic blast of air will re-establish the cold air across the Northern and central US," Van Dam said.

Expect to bundle up even more next week

An even colder air mass is forecast late next week.

According to meteorologist Ryan Maue, the upper-level atmosphere configuration looks similar in scale and magnitude to the January 2014 "polar vortex" that left the country in below-average temperatures for days. Luckily, next week's cold spell will last only a few days.

Lake-effect snow started Thursday along the southern and eastern shores of the Great Lakes and is expected to last until early Saturday.

The heaviest snow bands could bring more than a foot of accumulation in Michigan's upper peninsula and near 2 feet in parts of upstate New York.