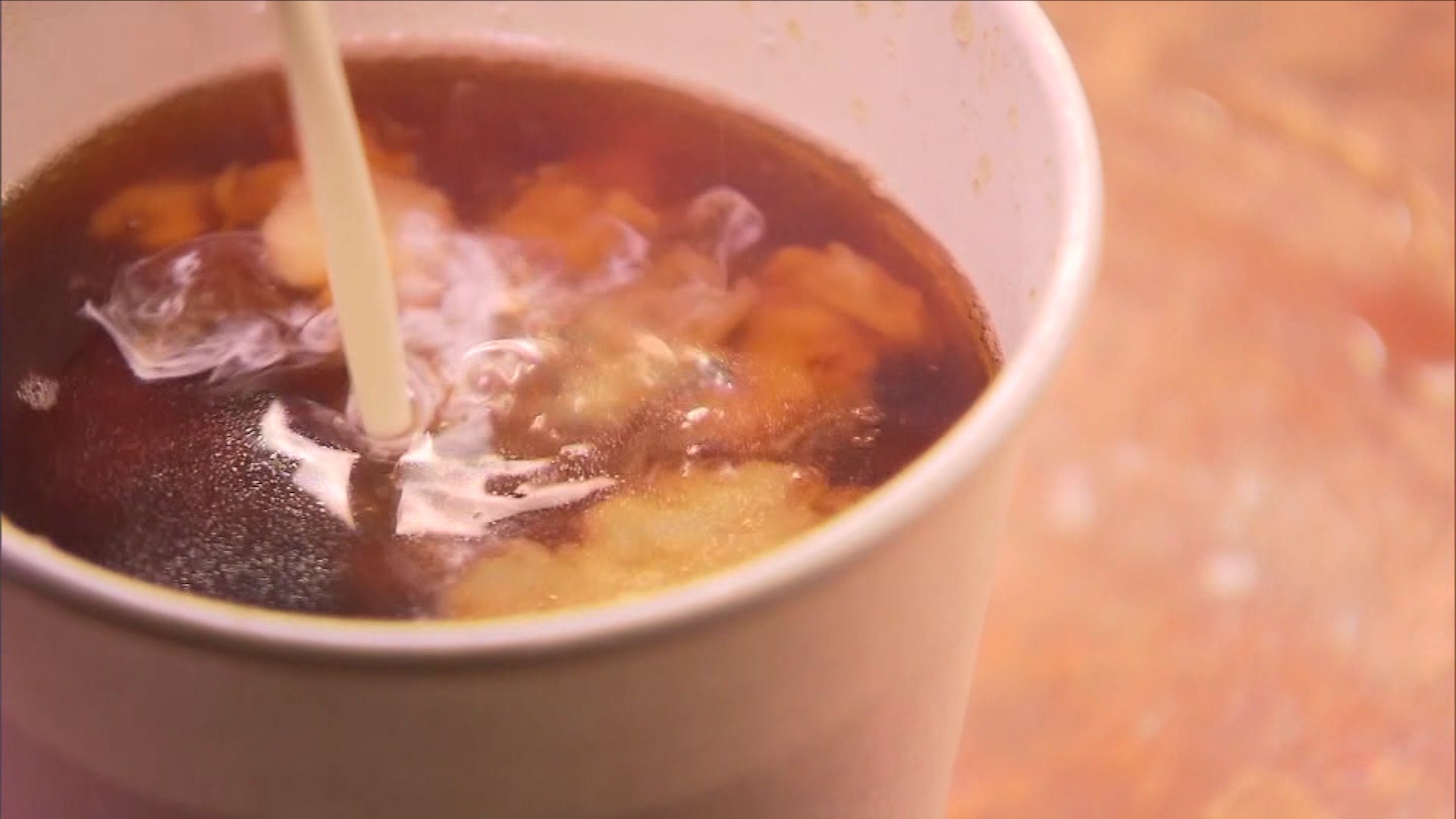 WILLIAMSBURG, Brooklyn -- We've all been there -- shelling out big bucks when we're desperate for a cup of coffee to keep going.

But artist Fran Ilich didn't get it.

"A coffee cup in Manhattan that costs $5, I don't know who can afford that" said Ilich. "Coffee should be for everyone, right?"

Rather than paying for their coffee, customers can barter goods or services in exchange for their caffeine fix.

"Most of the time when they barter with objects for coffee it's things that they have in their pockets or backpacks. So it could be a picture, a drawing, things like that."

Ilich has been running the bartering economy for about a decade.

Acting as a middle man to keep the system going.

"We act as a clearing house and then we find somewhere to allocate those object so we can create that again into money to buy more coffee from the farm workers," he said.

The space is owned by South Side United, a housing rights advocacy group, and curated by the International Studio and Curatorial Program.

"It's an interactive, social practice, artwork. So the idea is that all of the people who come in and use the space are really going to help create whatever this ends up being over the four months," said Curator Juliana Cope.

For those who aren't interested in bartering for their coffee, they can leave it up to a game of chance by playing the ancient Aztec game Patolli. It's similar to modern day Parcheesi.

"This continent a couple of centuries ago was run by an economy of sharing and dealing" said Illich. "So I thought that by rescuing this game that was sort of destroyed it was an easily accessible way to get immersed in all of these ideas, right."

Those who win the game of chance will get an alternative form of currency they can trade in for a cup of coffee.

"It's kind of like alchemy or magic. You don't know what's going to happen, but you kind of hope that the system doesn't collapse."

He needs to average about a quarter per cup to keep the system going. So if you don't have something to barter, cash donations are also accepted.

The pop-up shop opens this weekend and runs through March 30.