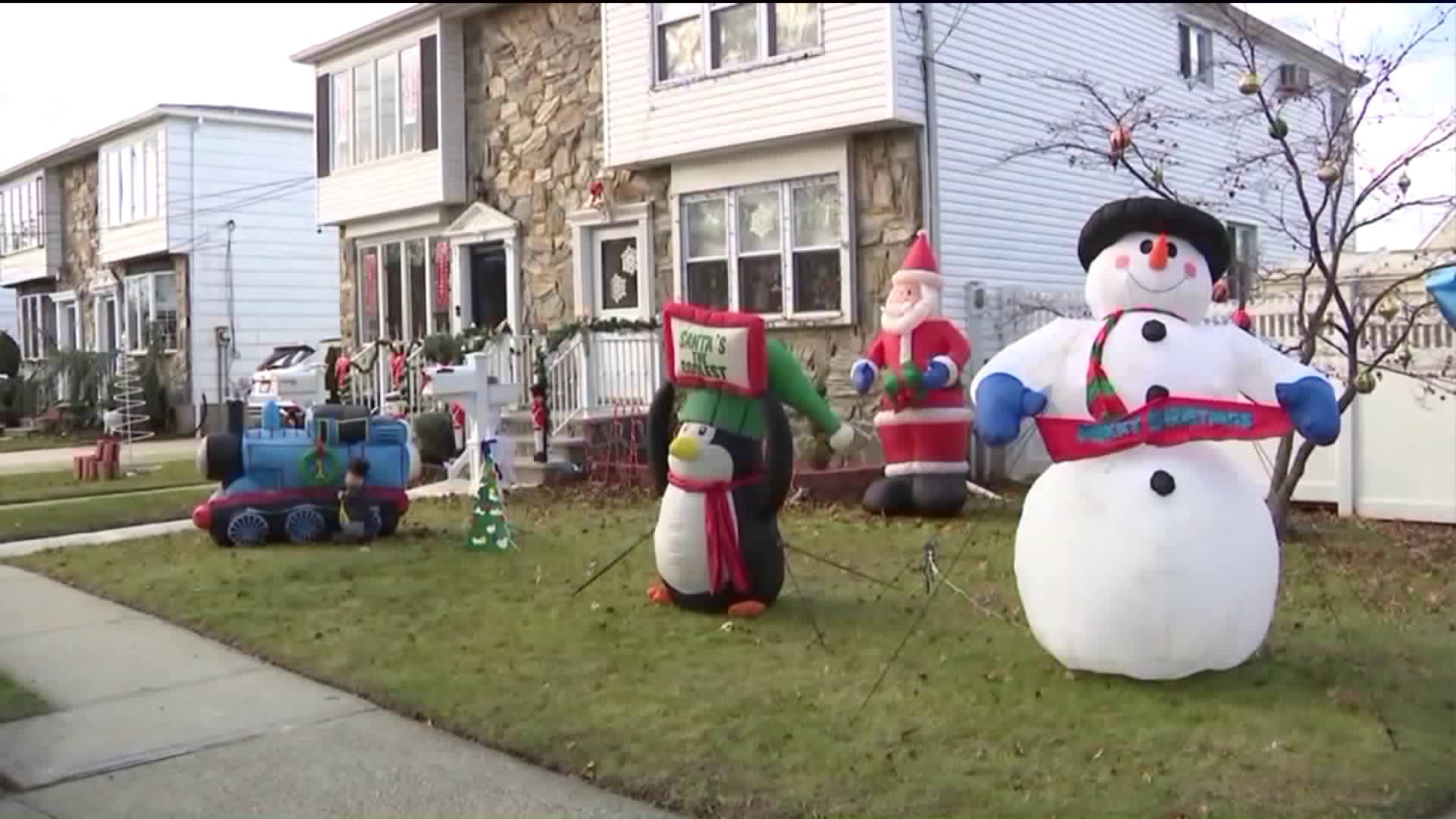 STATEN ISLAND -- There is a Grinch on Staten Island and he has hit the same house three nights in a row.

Each time, he has stolen a Christmas lawn decoration from the Cormier home in Eltingville.

"The first one happened Monday about 11:20 p.m.," Lisa Cormier said. "I had a Disney "Frozen" snow globe with Anna, Elsa and Olaf inside and it was on the corner of my property in the front tethered down, all blown up. He came on the property. He unplugged all the plugs in the extension cord. He ripped it out of the ground and walked along Richmond Avenue with a still partially blown up snow globe."

"He had on a funny hat and it reminded me of Pikachu. I said look at this punk here I am working for a living and here you are taking what I bought for my children."

The crook first hit Monday night. Cormier was shocked when he came back again and again.

The second night the thief swiped the family's inflatable Rudolph and Bumbles the snow monster.

Then on Wednesday, he struck again. This time, stealing a plastic polar bear.

Cormier and her husband Dave, have three children; 9-year-old Anthony, 5-year-old Sophia and 4-year-old Nicholas. The lawn decorations hold special meaning for the kids. She says the toughest part has been trying to explain to her children why someone would do this.

Cormier says her oldest child, Anthony, beat cancer. He's been in remission for seven years. The difficulties of having a child battling illness puts things in perspective. No matter how much this thief tried to take away their Christmas spirit, they have much to be grateful for this holiday season.

She says she's speaking out because she wants this guy caught.

"I don't want another little girl or little boy to wake up and look out the front window and say Mommy, where did my decorations go and for another mom to have to explain there are mean people out there."

Cormier says she spent hundreds of dollars on the stolen items. She tried replacing them, but they're already sold out in the stores. In the meantime, police are still searching for the suspect.

Lisa has this to say to him, "You can do anything you want to me, but when you hurt my children, I want to do everything in my power to make sure you're exposed and found!"