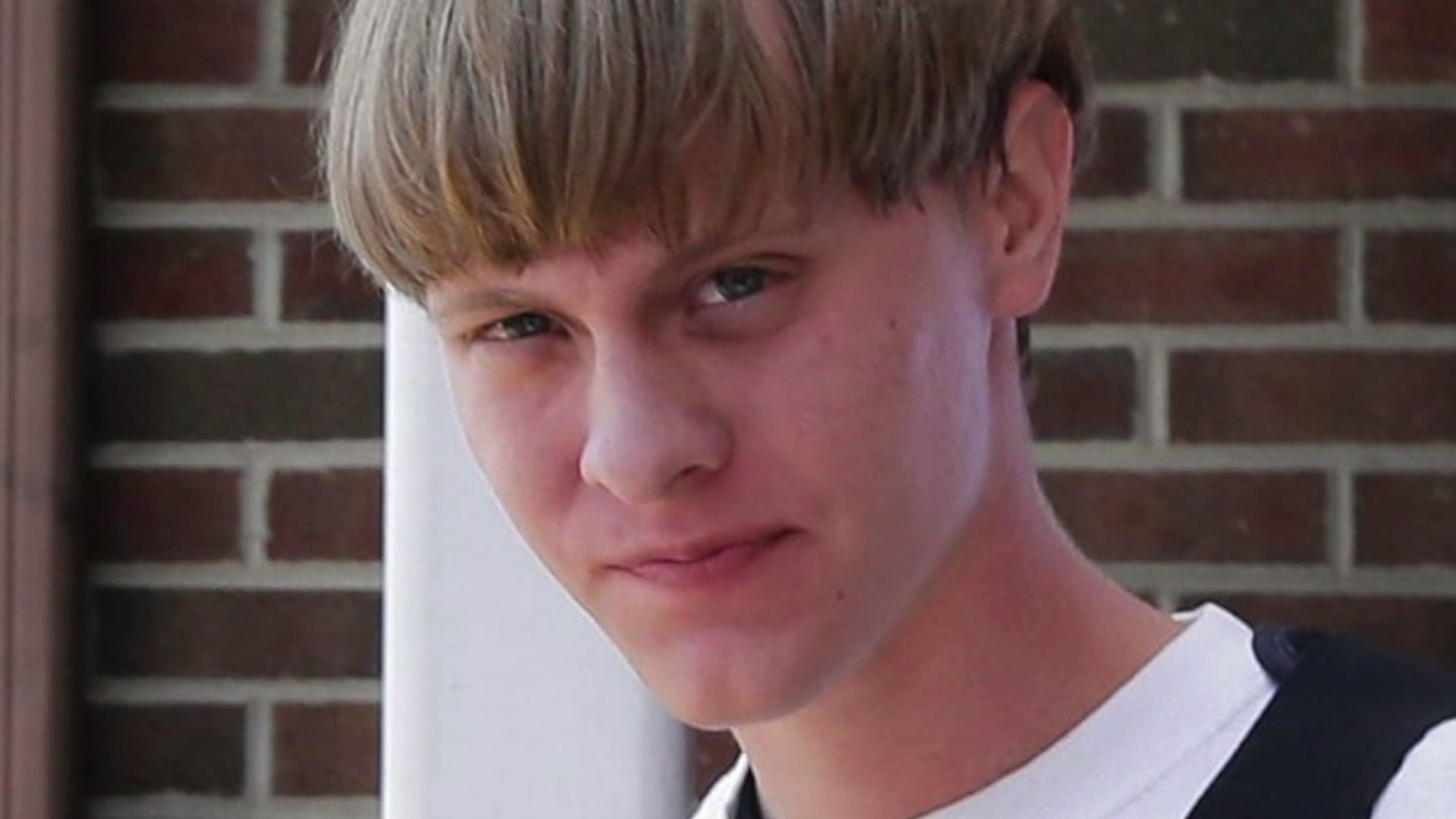 Dylann Roof wasted no time confessing to the massacre at Emanuel African Methodist Episcopal Church, according to an FBI video shown Friday at his murder trial in Charleston, South Carolina.

"I went to that church in Charleston and I did it," he said, then laughed.

"Did you shoot them?" a law enforcement officer asked a calm and composed Roof.

Asked how many people he killed that day, the young man in the mushroom-shaped haircut replied calmly: "If I was going to guess, five maybe. I'm really not sure."

In the video, the self-described white supremacist said he opened fire with a Glock .45-caliber pistol.

He fired 70 rounds that night in June 2015. A dozen people had stood for prayers, their eyes closed, prosecutors said. Nine were killed.

"I didn't say anything to them," Roof said of his victims.

What about after the shootings?

Roof admitted in the video that he "drank a little" just before visiting the church. He sat with his victims for about 15 minutes before the slaughter. They handed him a sheet with religious verses.

He brought with him seven magazines, he told investigators. A bag and his weapon.

"I was sitting there thinking if I should do it or not," Roof said, according to the video.

"I could have walked out. I don't want to say it was spur of the moment."

In the video, Roof is seen sitting at a circular table at the Shelby, North Carolina, police department, after his arrest. He occasionally gestures with his hands but his voice -- deep and monotone -- betrays no emotion. The sun hits the camera lens, partly washing out the young man's face.

He researched the city and the church and then acted alone.

"I like Charleston," he said in the video, which is more than two hours long.

"It's historic, too, you know. I think at one time it had the highest ratio of blacks to white during slavery, and AME is a historic church. I researched black churches."

The web also influenced his deadly handiwork. "It sounds lame but it was pretty much the Internet," he said.

After sketching out the massacre scene for investigators, Roof said, he emptied seven magazines. His victims cowered under tables, he recalled. No one tried to escape.

"It was pop, pop, pop," he said, adding that he was didn't shoot a woman who was looking at him.

Roof said he was "in absolute awe" that police weren't waiting outside when he left the building. He had been prepared to kill himself in the event of a confrontation with police.

At one point, Roof, 22, described his crime as "political" and said he considered himself "a white supremacist."

"Our people are superior," he said. "That's just the fact."

His views on race were awakened by the Trayvon Martin case in Florida, he said. He also talked about Muslims overrunning parts of Europe. He said he supported Hitler.

His goal was "to agitate race relations," the suspect said.

Asked by an investigator if his crime made him feel "glad," Roof said: "I had to do it. I wouldn't say I was glad."

When told he had killed eight people at the scene and a ninth died at a hospital, Roof said, "Well, it makes me feel bad."

He said he couldn't look at relatives of his victims if they were seated across from him.

Did he have a message for the public?

Before his confession, Roof munched on Burger King hamburger brought to him by police officers.

The showing of the video Friday capped a dramatic and emotional week for the 12 jurors and six alternates, as well as attendees at the trial in federal court.

Roof's mother passed out and collapsed during a lunch recess in the courtroom Wednesday. His attorney said in a court filing that she suffered a heart attack.

Roof was "cold and calculating" in planning an attack, a federal prosecutor said in opening statements.

Roof studied the church's history in the black community, found out what time a Bible study class would be held, loaded his gun the night before, packed extra ammunition and drove more than an hour to the church, Assistant US Attorney Jay Richardson told the jury of nine whites and three African-Americans.

He was welcomed into the Bible study and displayed a "cold and hateful heart" by sitting with the group more than 30 minutes, Richardson said.

Tywanza Sanders, one of those killed, told Roof that he didn't have to shoot them, saying, "We mean you no harm," the prosecutor said, recounting the story of one of the survivors.

Roof, who is white, replied, "Y'all are raping our white women, y'all are taking over the world," Richardson said.

After he was captured, authorities learned Roof had written a "manifesto" of his racist beliefs and posed for photos with the US flag burning in one hand and the Confederate flag in the other, Richardson said.

Roof also designed his own logo that included his initials, a swastika and the number 88, which for white supremacists stands for "Heil Hitler," the prosecutor said. "He created the symbol to reflect who he was, what he thought and what he had done," Richardson said.

Opening for the defense, attorney David Bruck told the jury, "You're probably wondering why there has to be a trial."

The practical reason for the trial, Bruck said, is that the government has asked for the death penalty.

Bruck reminded the jury of Roof's youth and urged them to try to understand him. Roof told the FBI he didn't have any friends, Bruck said.

Jurors should ask where Roof's feelings of racial hatred came from, Bruck said.

"How much sense does this crime make, does it make any sense and if any at all, what does that tell you?" he asked.

Bruck said he would not call any witnesses.

Roof sat mostly motionless in his state-issued, gray-and-white striped jumpsuit throughout opening statements, barely looking up from the defense table.

Tywanza Sanders was at Bible study with mom, aunt

Felicia Sanders, who survived the shooting, was one of seven prosecution witnesses on Wednesday. Sanders' 26-year-old son, Tywanza, and 87-year old aunt, Susie Jackson, were victims.

Sanders teared up recalling her close friends and members of the church, including the Rev. Daniel Simmons, 74, a church staff member and former pastor of Friendship AME Church in Mount Pleasant, South Carolina.

Simmons, who was killed, "was the backbone of the church," Sanders said.

Richardson showed pictures of all nine victims as Sanders spoke. They smiled and looked happy.

She screamed, 'He has a gun'

At Bible study, Sanders recalled the church's then-pastor, the Rev. Clementa Pinckney, who was killed, gave Roof a copy of the page they were studying.

Sanders said Roof hung his head down during their group -- "just as he's doing right now."

Roof also appeared to have his eyes closed throughout Sanders' testimony.

Sanders shut her own eyes as she recalled that night.

She screamed, "He has a gun." Roof had already shot Pinckney.

Sanders was under a table.

"There were so many shots," she said.

"I muzzled her face to my body so tight that I thought I suffocated her," Sanders said.

Sanders said Roof asked Polly Sheppard, a retired nurse, if he had shot her yet.

Sanders said Roof wanted her to tell his story.

If convicted, he could face the death penalty.