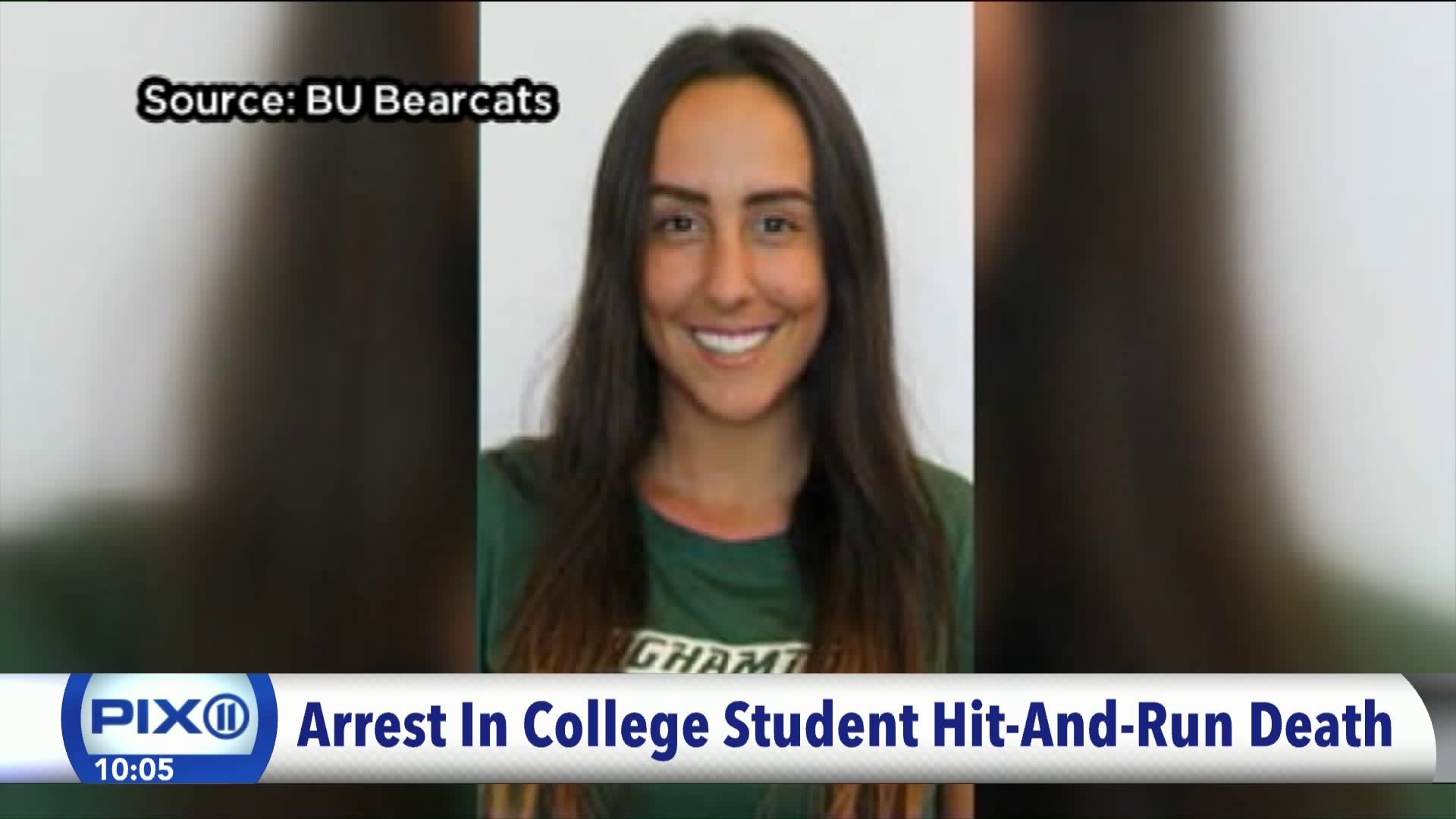 BINGHAMTON, N.Y. — An upstate New York man has been arrested in connection with the hit-and-run death of a college student from Queens.

Aizaz Siddiqui, 26, is accused of driving off after hitting 20-year-old Stefani Lineva at about 2 a.m. Saturday on a dangerous stretch of road that police say students use to travel to the Binghamton University campus.

Lineva, a tennis player from Queens, was found in the eastbound lane of Route 434 shortly after being struck. She was pronounced dead at the hospital.

Police said they do have reason to believe Lineva had been drinking that night.

Authorities said someone found Lineva's cell phone and wallet the next day. Police also said they think she dropped them without realizing it.

Siddiqui is due to be arraigned Wednesday afternoon on a felony charge of leaving the scene of a fatal accident. A grand jury will consider additional charges.

Police say Siddiqui, a Binghamton resident, was arrested based on information provided to investigators.

Anyone with information should contact the Binghamton Police Detective Bureau at (607) 772-7080. Tipsters may remain anonymous.