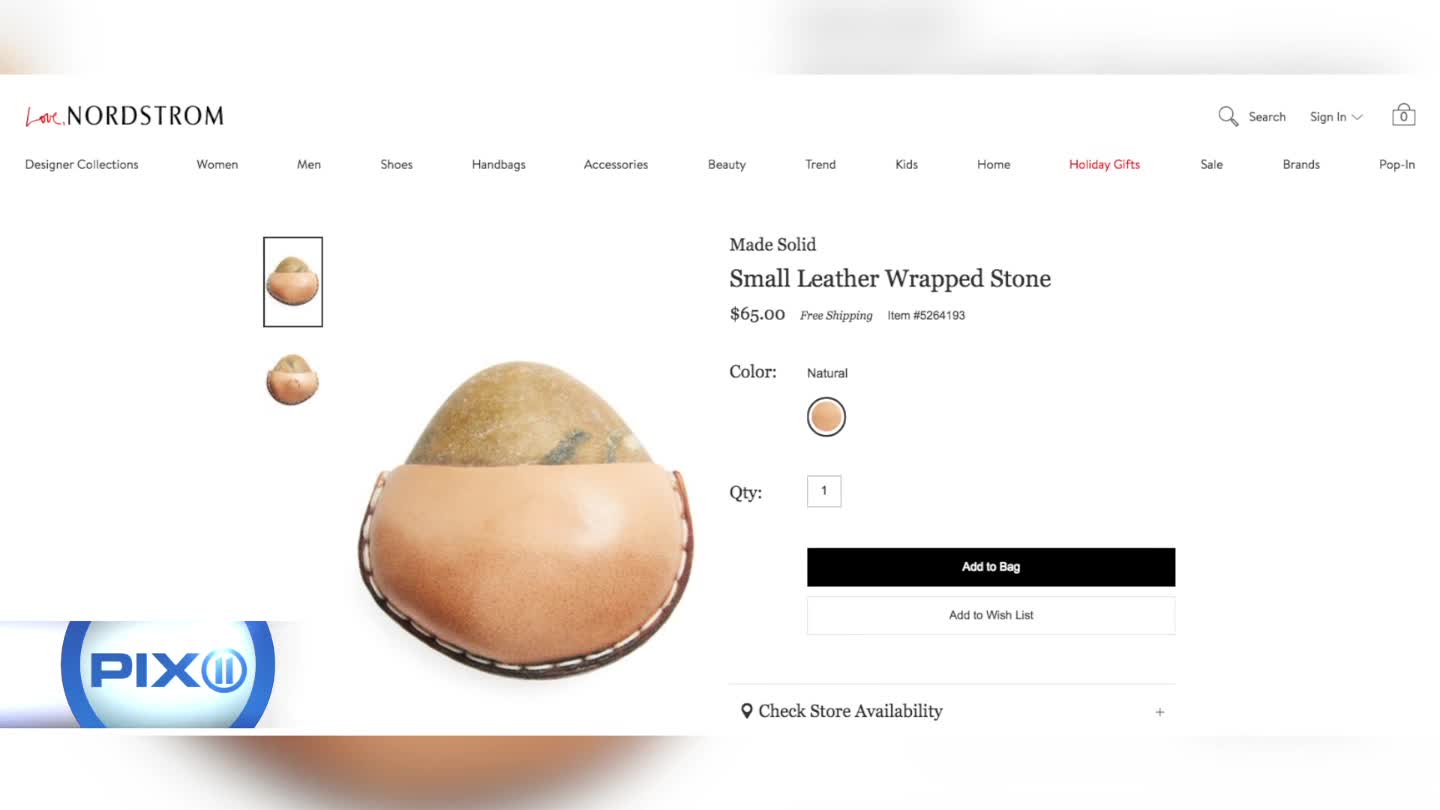 NEW YORK — Looking to buy a classy pet rock this holiday season? Believe it or not, a lot of people were.

An $85 leather-wrapped stone - yes, you read that right - has sold out at Nordstrom's online store after going viral on social media. A smaller version, sensibly priced at $65 for the budget-conscious rock lover, is also out of stock.

"A paperweight? A conversation piece? A work of art? It's up to you," reads the description at the Nordstrom online store.

It goes on in over-the-top detail: "This smooth Los Angeles-area stone - wrapped in rich, vegetable-tanned American leather secured by sturdy contrast backstitching - is sure to draw attention wherever it rests."

The leather pouch was designed in Los Angeles using "traditional saddle-stitching techniques." The rock is courtesy of, well, the Earth. So don't expect yours to look just like the online image. "Each piece is unique and will vary slightly," the listing notes. Rocks these days.

Nordstrom told CNN the rocks "are indeed real items for sale." While the online supply of rocks was exhausted, there were still two small rocks available at Nordstrom's Michigan Avenue store in Chicago.

A spokeswoman for Nordstrom declined to say how many rocks were sold.

It wasn't long before all that sass made its way to Nordstrom's online comment section. Some people couldn't get over the price, while others were just hilariously confused.

"Choose this over food!" one commenter joked.

"I had to send it back because there weren't any doggone instructions. I don't even know how to turn the flippin thing on," another wrote.

The comments on the item have since been disabled.

It's unclear whether Nordstrom will restock the rock online in time for last-minute holiday shoppers. The internet can only hope.