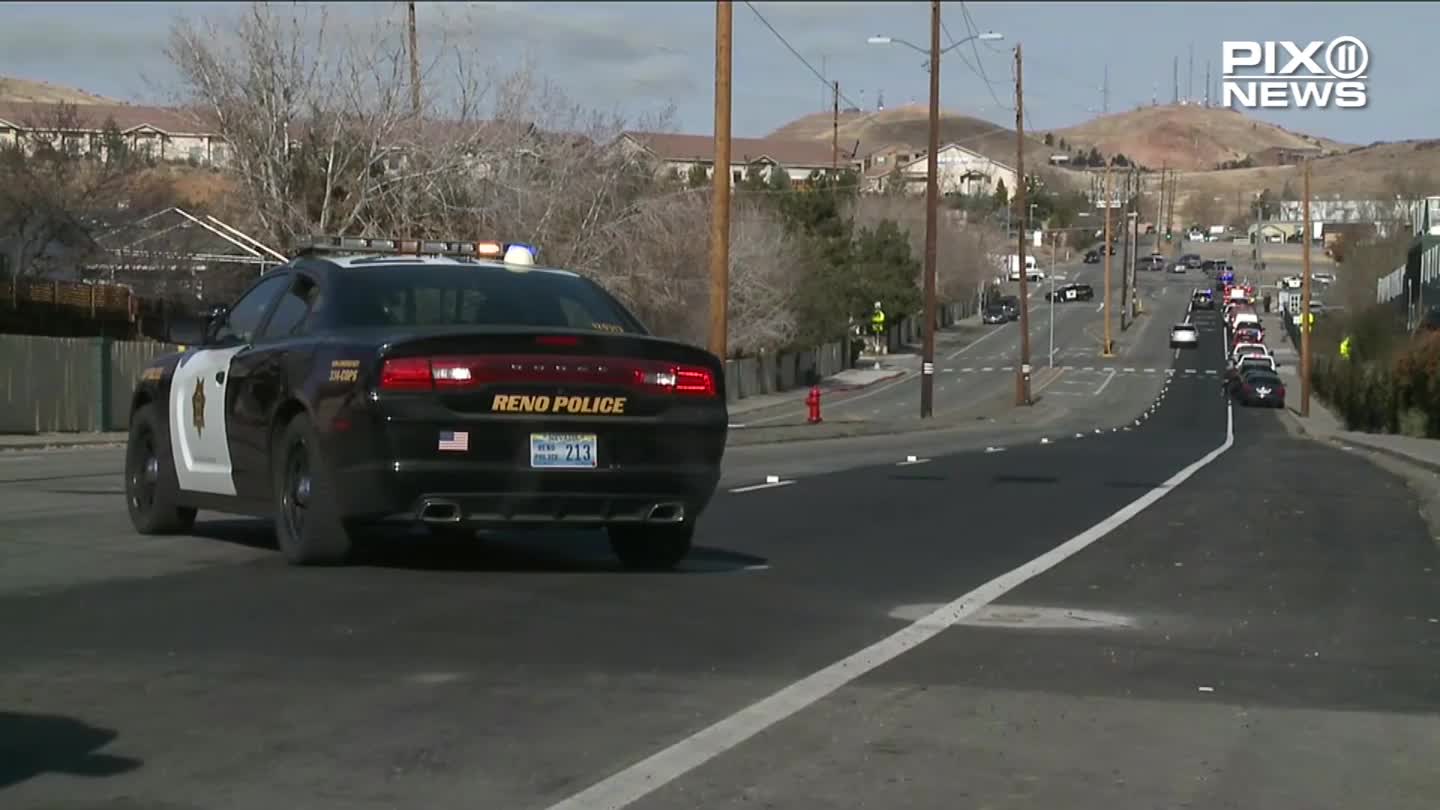 RENO, Nev. — A high school student who allegedly was threatening classmates with a knife after getting into a fight was shot by a police officer and the altercation was then posted in video online.

According to local reports, the 14-year-old student at Hug High School in Reno, Nevada, was apparently being bullied at the school and got into an altercation with another student. That's when, police say, he pulled out a knife.

An officer on scene told the teen to drop the weapon and, according to police, shot the boy when he refused, causing chaos among other students who were watching nearby.

The teen was shot in the neck and taken to a hospital in critical condition.

A police spokesman said more than 40 students witnessed the scene, with some recording it on their phones and posting it to social media.

The school was placed on lockdown for several hours but classes have fully resumed as the investigation continues.