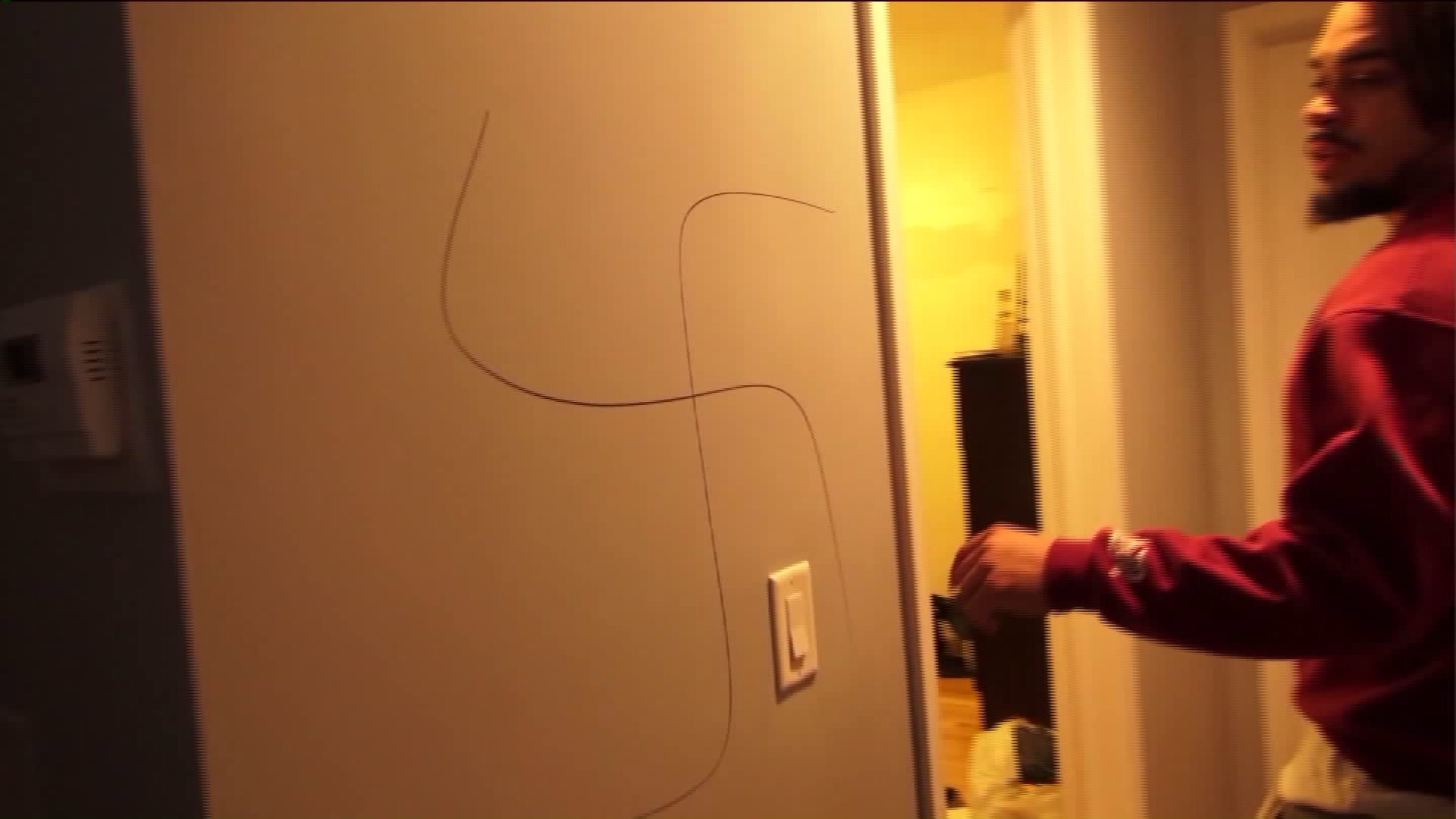 MOONACHIE, N.J. — Giants fullback Nikita Whitlock came home to a nasty surprise in his Moonachie home this week -- multiple swastikas and racist slurs on the walls of his house.

“I think the message is clear. You know hatred, racism, white supremacy. They could have wrote it on Facebook,” he told PIX11. "They could have reached just as many people there. They didn't have to come into my house and do it.”

Whitlock left his home around 6:30 p.m. on Tuesday and the walls of his home were covered in slurs when he returned just over two hours later, Moonachie police said.

The graffiti was drawn with black marker.

“Go back to Africa,” was written on the wall of one bedroom, Moonachie police said. “KKK” and “Trump” were also written on walls.

“Me and my wife weren’t Trump supporters, but I don’t blame him for it,” said Whitlock. “This was people using his name. And I think that's cowardice. If you’re gonna write a name, write your name on the wall.”

A window was broken and the glass on an exterior side door was also cracked. This is the second incident at Whitlock’s home in recent weeks. During Thanksgiving week, his window was partially broken.

Officers are investigating both incidents together.

Whitlock had a season-ending foot injury earlier this year. He was suspended for 10 games without pay in September for violating NFL policy on performance-enhancing substances.

This is the player’s second season on the Giants.