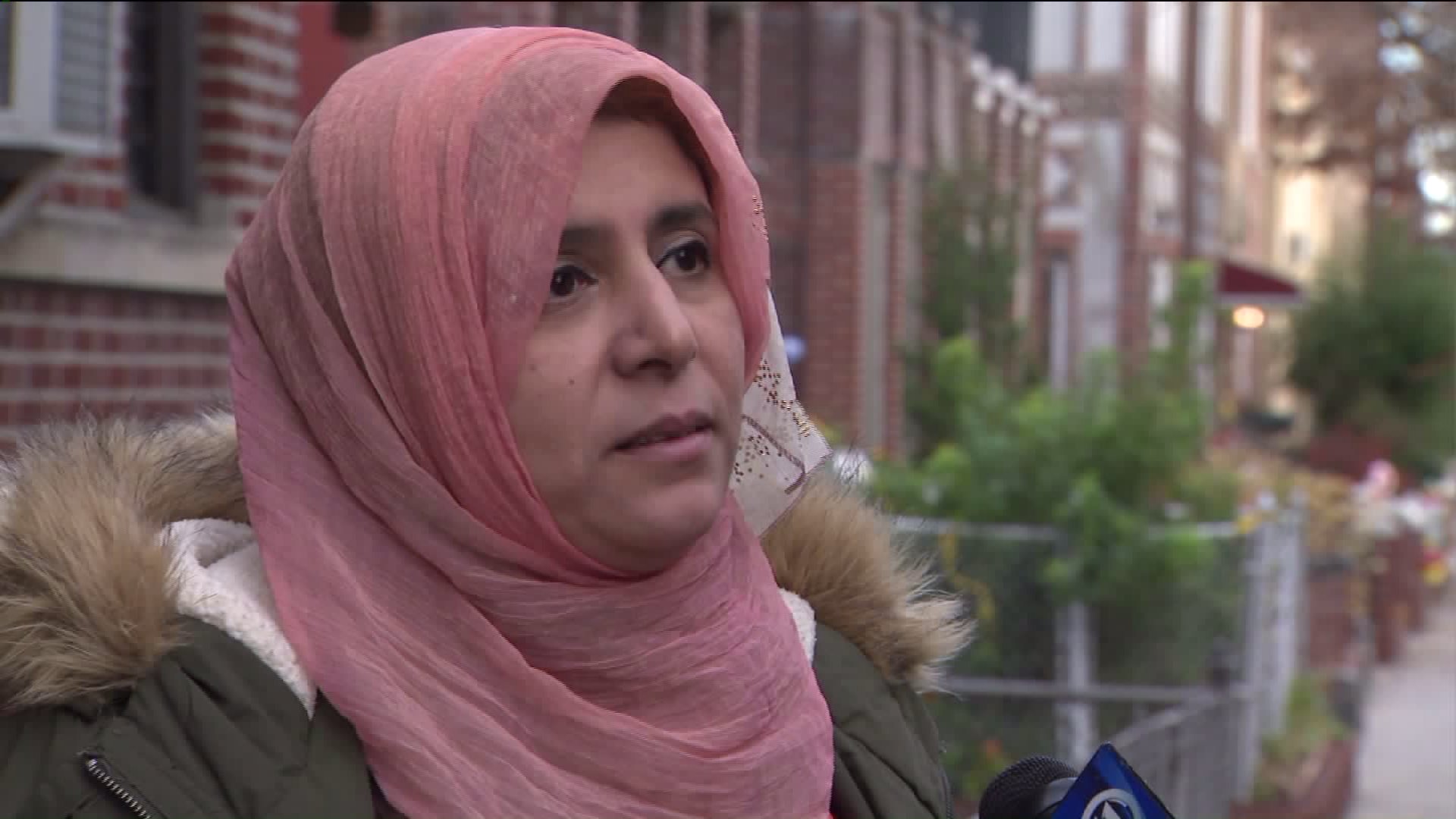 Police released the sketch of a man accused of pushing a Muslim woman down the stairs at Grand Central Terminal. (DCPI)

MIDTOWN, Manhattan — Police released a sketch of the man accused of calling a Muslim woman a "terrorist" and pushing her down the stairs at the Grand Central Terminal subway station Monday.

Soha Salama, 45, was on the No. 7 train Monday about 6:25 a.m. when a man approached her and allegedly called her a "terrorist" and told her to "go back to your country," police said. Salama said when she got off the train, she ran from the man before he pushed her down the stairs and took off.

Salama, an MTA employee who wears a hijab, struck her right knee and twisted her right ankle, police said.

A sketch of the attacker, described as a man between 25 and 35 years old, about 5 feet 9 inches to 6 feet and 150 to 180 pounds, was released Wednesday. Police said the man was last seen wearing a dark colored jacket and a black knitted winter hat.

This is just one of the man hate crimes that have been reported throughout the give boroughs this year — from swastikas to Islamophobic slurs.

Hate crimes are up 35 percent in New York City in 2016 as compared to last year. And since the end of the election last month, hate crimes up 115 percent, according to the NYPD. Mayor de Blasio didn't mince words about who he thinks is to blame.

"You can't have a candidate for president single out groups of Americans negatively and not have ramifications and negative,' de Blasio said. "It's not a surprise."

"If anyone is thinking of engaging you, you will be identified, arrested and charged accordingly," O'Neill said. "There's no place for that in NYC."