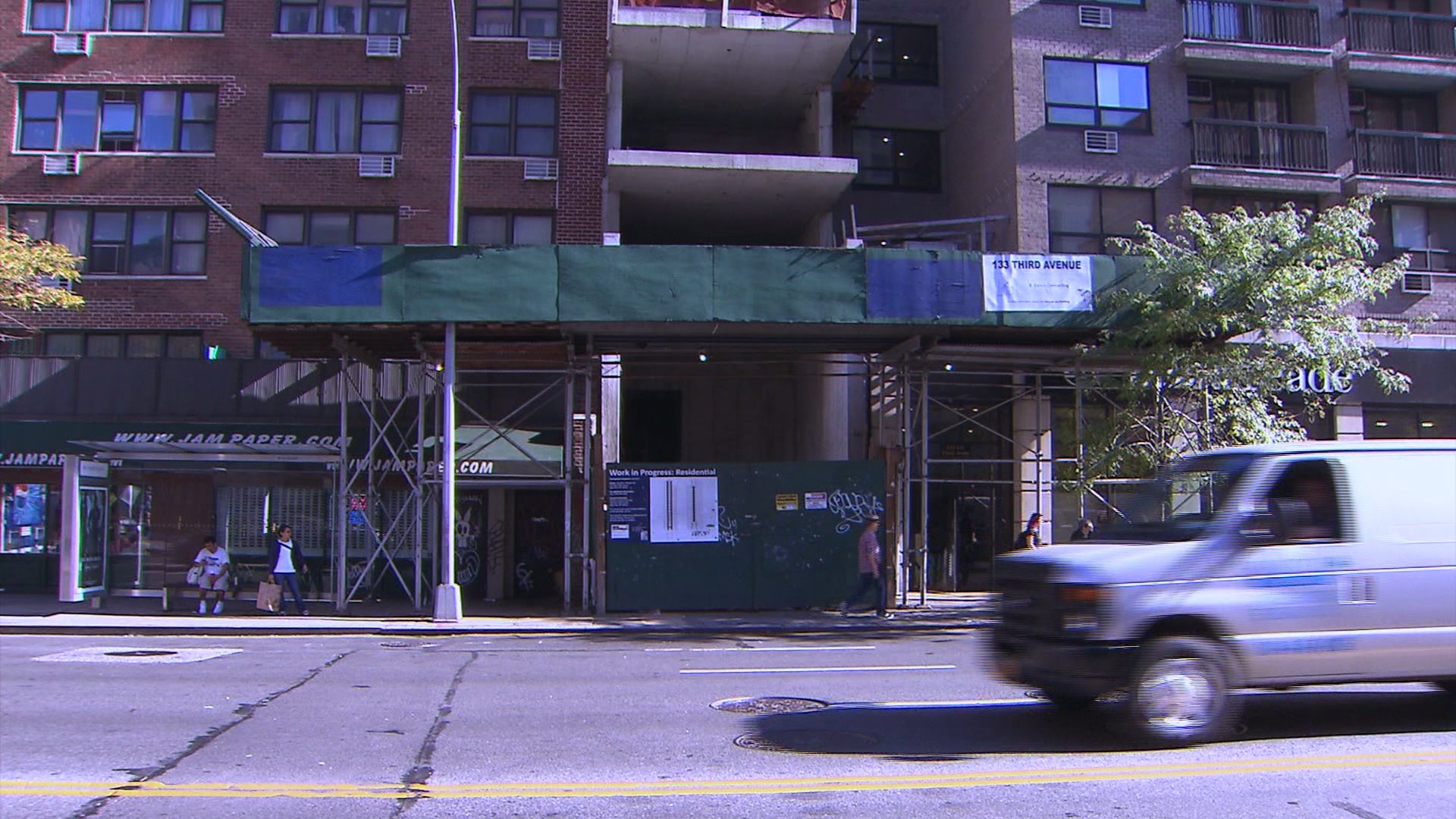 More than four years ago, construction began on what was to be a 16-story residential tower on 3rd avenue between 14th and 15th street in Manhattan. Then,  in December 2012, a construction accident resulted in wet concrete oozing though a wall and into an NYU dorm next door.  Construction was immediately stopped, with only four floors having been built.  A stop work order was issued by the Department of Buildings, lawsuits followed, and the bottom line is, no further construction has taken place since then.

What really bothers the neighbors is the scaffolding and what’s called sidewalk shed that sticks out onto the sidewalk have remained at the sight since 2012. The shed is right next to  a very busy bus stop.
One neighbor told PIX11 “I’m really frustrated with the scaffolding that’s been on the sidewalk taking up the lions share of the sidewalk and reducing pedestrian traffic to a single file lane.
A man who lives in the building next door says ‘It’s dangerous because people walking through here, they have to step into the street because of the bus stop. “ The area next to the sidewalk shed has become a nighttime gathering place for the homeless.

The New York City Department of Buildings  records show a “stop work order exists on this property.” There are 16 open violations. The property owner, Mcarthur Morgan, llc, which couldn’t be reached for comment, currently owes almost 13 thousand dollars in penalties.  The sidewalk shed is one of uncorrected violations.  The DOB says the shed is occupying more space than is indicated on the plans the owners submitted prior to construction. The DOB says it is monitoring the situation, but local residents say it has been this way since 2012.  What a Shame!