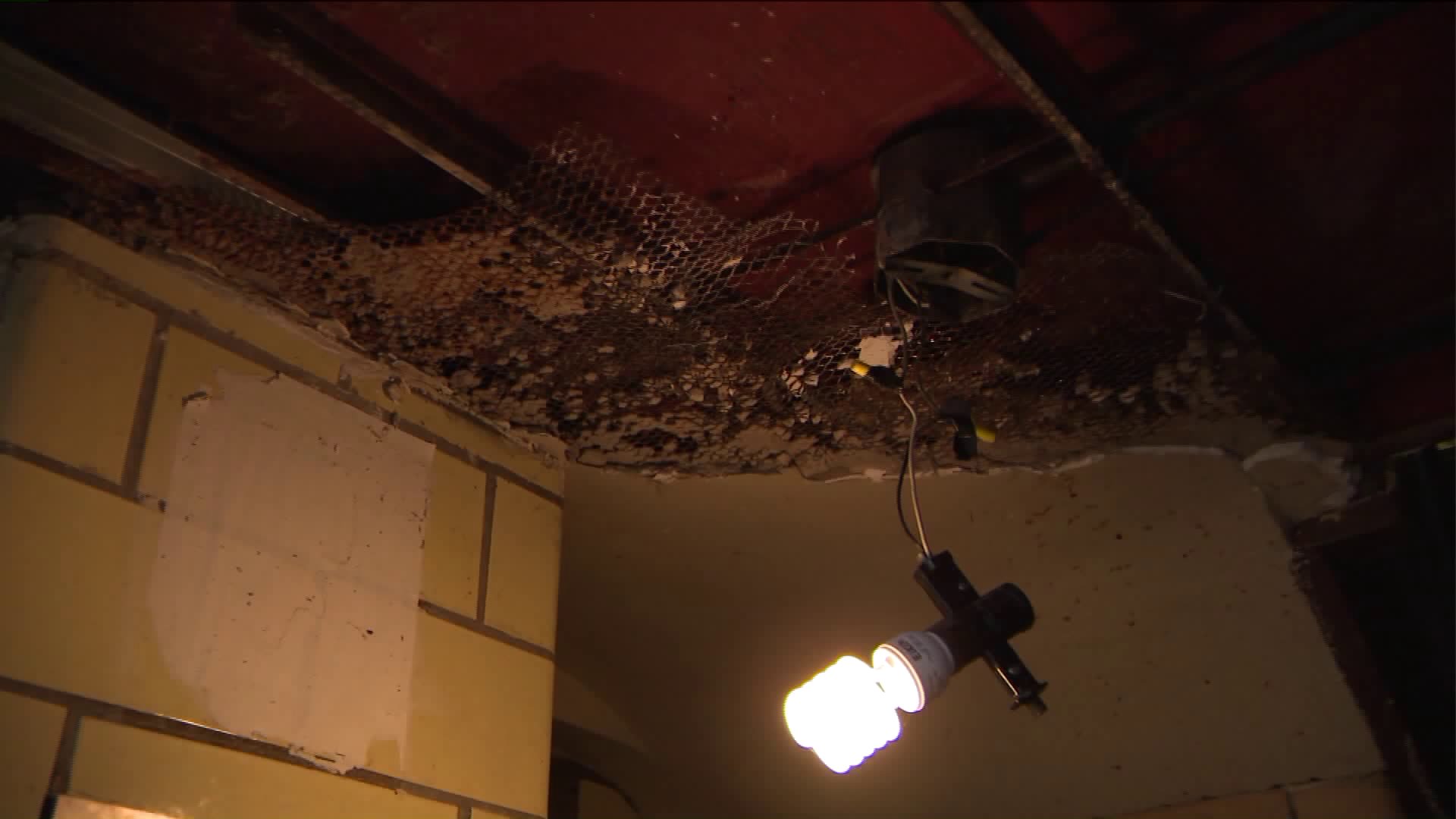 CANARSIE, Brooklyn -- Some families of the Breukelen Houses on Stanley Avenue in the Canarsie neighborhood of Brooklyn say their building is filled with problems that go neglected for weeks.

So they asked PIX11 News for help.

They said the hallway of 274 Stanley Ave has a falling light fixture in the lobby, right at the front door.

"It's a nightmare not only that but it's very dangerous," said Kalvin Drumgo, the Tenant Grievance Association President.

Several families complained that dozens of mailboxes were broken for months, but recently fixed, around the same time PIX11 News was coming with cameras.

"Its a strange coincidence. But I'm glad the City finally fixed the problem," said Drumgo.

The seventh floor is known by the tenants for its wall-to-wall problems of leaks, peeling paint and broken garbage compactor.

"Animals shouldn't live like this honestly," said a resident on the seventh floor, who did not want to be identified.

The residents say all of these problems are just symptoms of a much bigger issue.

PIX11 News notified the New York Housing Authority about these problems and a spokesperson says they are working on it.

If you have a story email Monica Morales at Monica@pix11.com.