NYPD officer gives pair of socks to homeless man at GCT: ‘It was just something I wanted to do’ 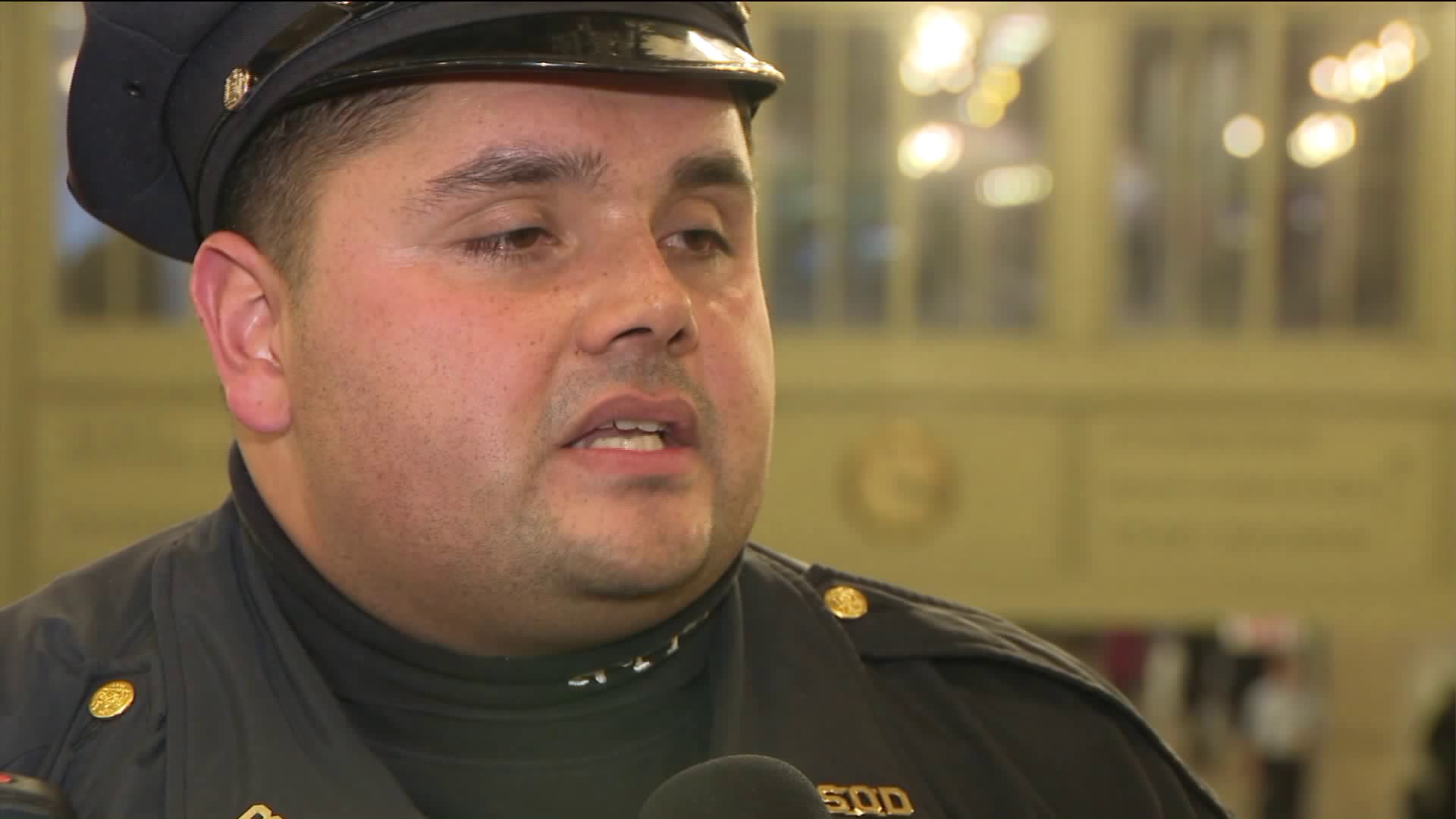 NEW YORK – In these days of so much awful news, there is a positive story that should make us smile this holiday season. It's a tale of a New York City police officer whose selfless act brought Christmas a little early for a 70-year-old homeless man.

Officer Frank Rendina, 32, gave an $18 pair of socks to Ron Brown, a homeless man who makes his home in Grand Central Terminal.

He and Officer Rendina have on occasion interacted with one another, like last Friday, when Brown complained of his swollen feet and his doctors instruction to get a special pair of socks for his diabetes, something Brown couldn't afford. So touched by his plight, the police officer bought the indigent man the socks and wrapped them with Christmas paper.

Rendina said there was no special motivation behind his decision, "It was just something I wanted to do." Brown was so touched with emotion that he cried.

"It's the small things that really matter," Brown told PIX11 News. "It shows how good people can be, particularly the good side of police"

Officer Rendina is shocked that his act has gained so much attention after a passerby witnessed what he had done and posted it on social media, on Facebook. He was praised by NYPD Commissioner O'Neil for his generous act.

As for Brown, a former golf caddy, whose been homeless about a year, he hopes to find a way to earn some money.

While the gift of socks mean a lot to him he said the greatest gift of all is "that someone thinks of me as a person.'