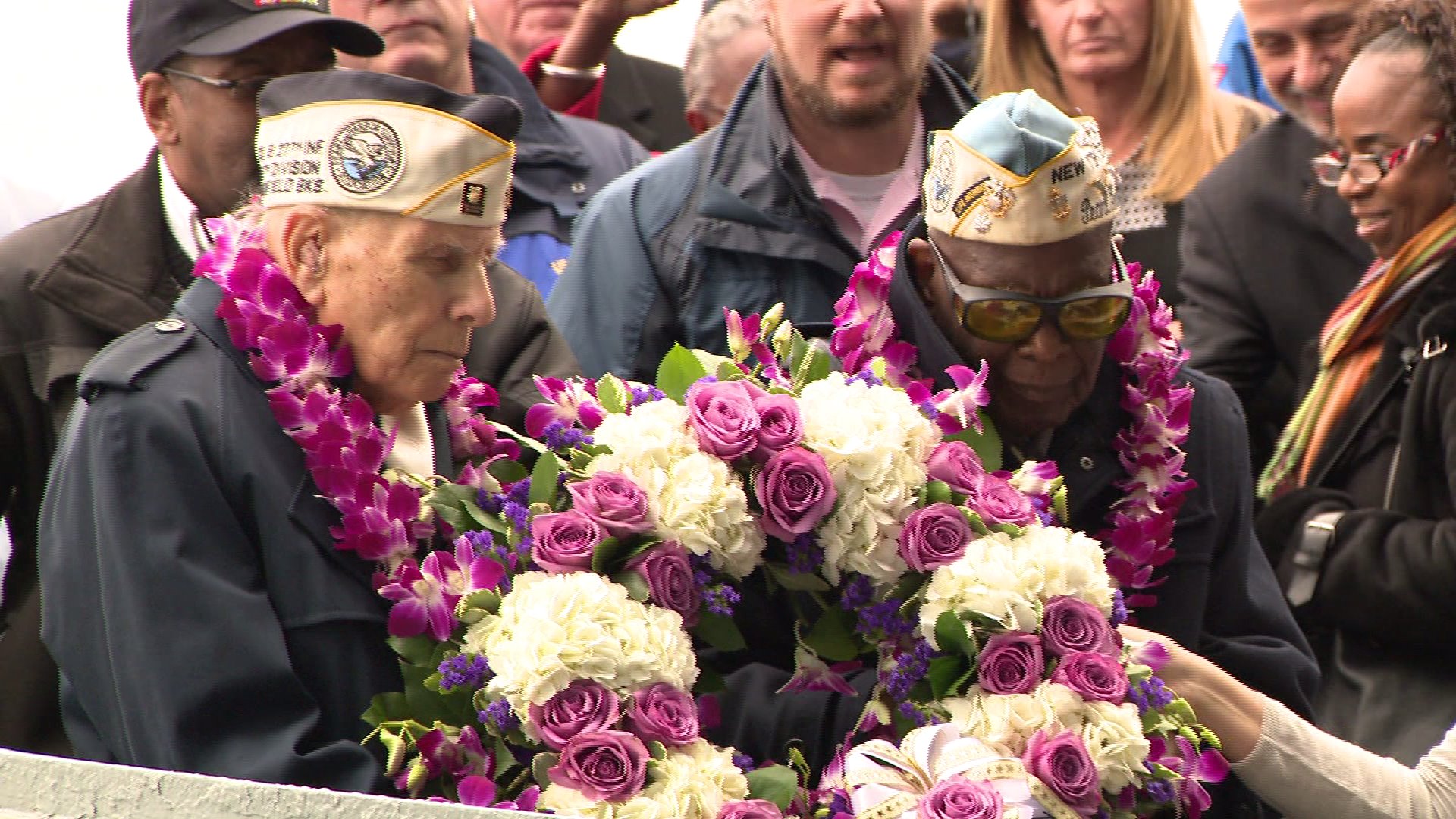 Two of them -- 93-year-old Aaron Chabin and 95-year-old Clark Simmons were at the Intrepid Wednesday morning to commemorate a day they have never forgotten.

"I scrambled like hell to get off," says Simmons from Sheepshead Bay, Brooklyn regarding the infamous morning he was on the Battleship Utah.

Simmons, who was a Chief Officer in the Navy at the time, did not know what was happening. He was on R&R when the day suddenly took a dramatic turn.

"We heard this noise and the noise was machine gun bullets and dive bombers taking a run on the ships that was anchored there in Pearl Harbor."

Simmons says that he and a few shipmates came across the ships Chaplin who simply told them, "Abandon ship, God Bless you. And everybody begin to scramble to get off the ship."

Aaron Chabin of Bayside, New York was in the Army's 27th Infantry Regiment Wolfhounds near the scene of the attack, "I was in my bunk, reading the paper. We heard the explosion."

It was a day like no other and at the end of it all 2,402 Americans were killed. A nation found itself at war.

When asked how often he thinks about that morning and what took place?

Chabin says, "It's 75 years and memories dim. Some memories do some don't. I've been lucky l, still have some of my marbles."