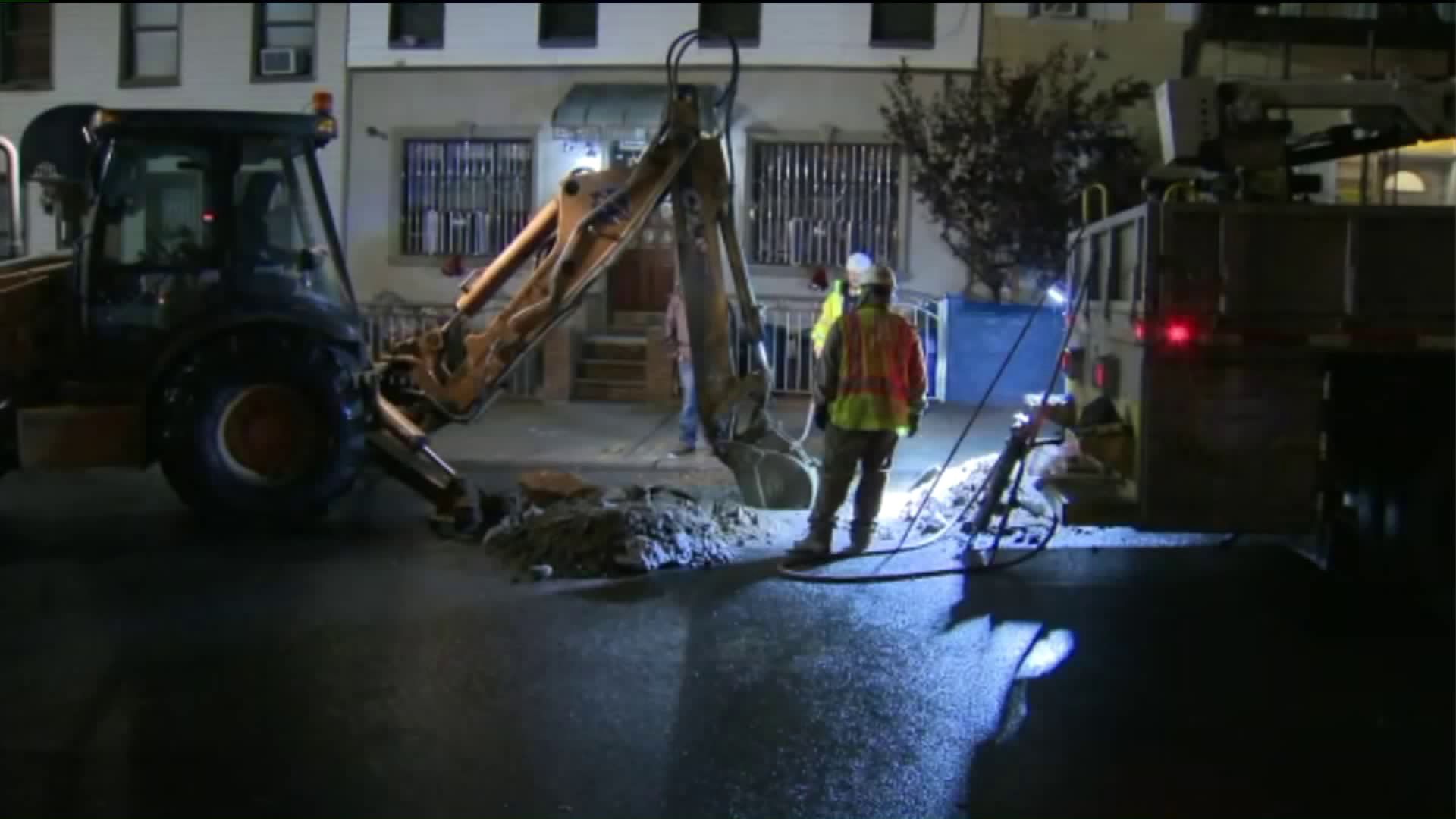 GREENWOOD HEIGHTS, Brooklyn – Crews worked overnight Wednesday to find out what caused a huge sinkhole to appear on a Brooklyn street.

Traffic is being diverted around 23rd Street between Fifth and Sixth Avenues after the crater developed Tuesday afternoon.

The damage was so significant, a yellow school bus almost fell into it as it drove over the crumbling pavement. According to reports, the driver had just finished the school run and there were no children inside.

The Daily News reported the driver of the bus suffered a back injury and went to a local hospital.

According to the Department of Environmental Protection, crews are trying to pinpoint the source of a water leak that likely caused the sinkhole.

Early Wednesday, DEP didn't know if the leak came from a water main or a connector line to a private home.

According to DEP, all residents on the block have water.