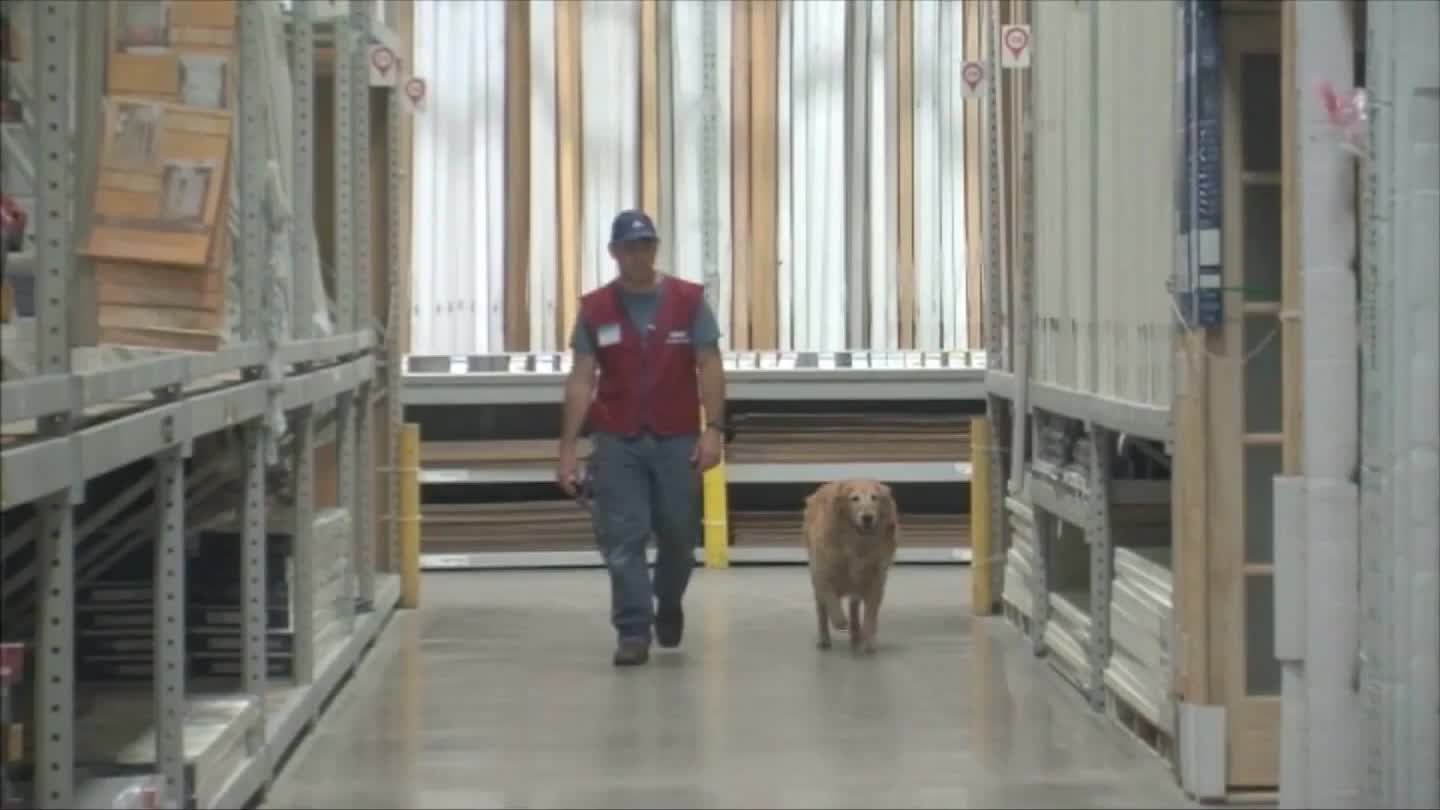 ABILENE, Texas — Walking between the aisles of towering wood paneling and paint cans at a Lowe's Home Improvement store in Abilene, Texas, you may find Clay Luthy and his co-worker Charlotte.

Luthy is an Air Force veteran who was deployed three times to the Middle East. Four years and five knee surgeries later, he had to call it quits.

A handyman by nature, Luthy said it was difficult finding a job that would accept his 10-year-old service dog trained to help him up if he falls.

After hearing Lowe's hires service dogs, Luthy interviewed for a position with his faithful companion right by his side. And they both landed the job.

An employee for two months now, Luthy is training his other pup Lola.

Those who shop at the store love seeing Clay and Charlotte. A recent customer ran across the pair, both wearing their uniform vests, and shared a picture to Facebook, making his story go viral.