‘The Moms’ co-host Denise Albert, who is battling cancer, says she felt ‘violated’ during TSA search 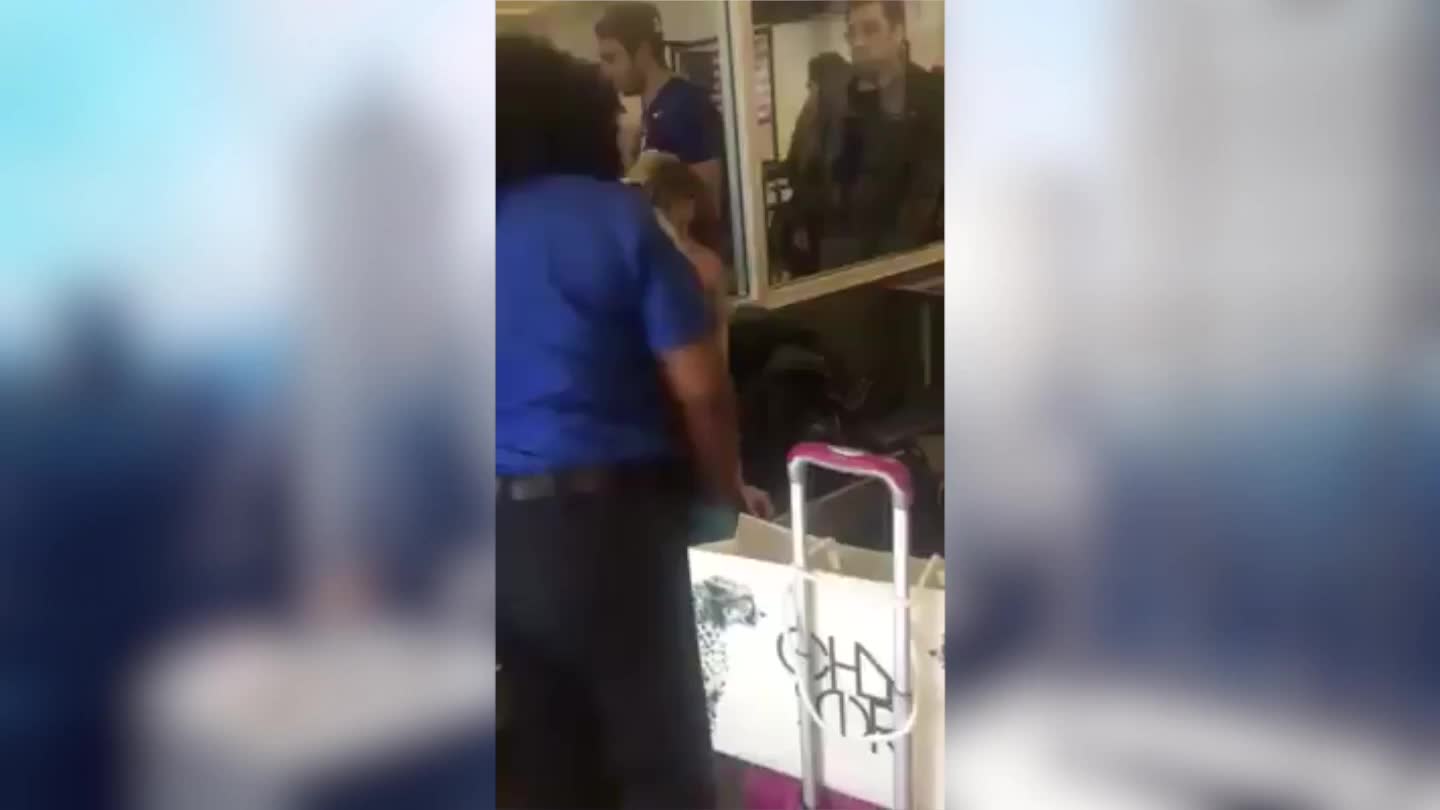 LOS ANGELES — A breast-cancer patient said she felt violated and humiliated in a public TSA search at Los Angeles International Airport Sunday after two security agents put her through what she called an aggressive pat down.

Denise Albert, a frequent guest on the PIX11 Morning News and co-host of "The Moms," was traveling through LAX security when two TSA agents pulled her aside for a manual search because she was trying to bring a necessary medical cream with her on her flight, Albert said.

"I always let them know I have a medical port and that I am wearing a wig," says Albert.

Albert said she has brought the cream on previous flights and has shown it to TSA agents before without issue. This time, she was told if she wanted to carry the cream, she would need to undergo a full pat-down with pressure.

She posted a video to her Facebook page of the two TSA agents "aggressively attempt[ing] to do a body cavity search in public" after making Albert remove her shoes and explaining that they needed to conduct a full body search using "as much pressure" as they needed to.

Albert said she told the agents she could not remove her shoes since she was not wearing socks and had an infection on her feet, a side effect of her treatment and chemotherapy. So they let her sit down and remove her shoes.

"After at least 20 minutes of sitting there because they were debating how to proceed, I told them my feet were freezing," Albert's post reads. "Also a side effect from chemo. They refused to help me."

Then, after a female TSA agent "forceabl[y] and aggressively" put her hands down the back of Albert's jeans, the agents explained they would have to "apply pressure from head to toe" which presented another set of problems for Albert. She wears a wig and did not want them to remove it, and has a lumpectomy medical port in her chest, which she did not want agents to touch.

"I started crying," said Albert. "It was overwhelming and horrific. I could not believe what was happening."

After the female agent conducted a search and a supervisor arrived, Albert said her bags were emptied and she was made to feel humiliated once again after another agent joked about the fake eyelashes in one of Albert's bags.

"I told her, it's because I don't have real ones from my cancer treatment," Albert's post reads. "I would have thought at that point, the humiliation would have ended.

"The 2 TSA agents in my video went too far. I hope no one ever experiences this."

The minute-long video posted to Facebook does not show the agents going through Albert's bag or them making any comments about what she was carrying.

Albert said that according to her understanding of TSA policy, and as a TSA PreCheck passenger, she should have not been required to remove her shoes because of her medical condition, and agents were supposed to ask if she had any tender areas they shouldn't touch.

Albert said they "didn't listen when I told them I did [have tender areas]."

She said she's going public with her experience with the goal of ensuring TSA agents are trained properly, and they know protocol when it comes to medical patients.

After getting a supervisor involved, Albert was allowed to eventually board the plane.

"I understand security and that these people have a job to do," says Albert. "But they were out of line."

Albert told PIX11 she filed an online complaint with the TSA that night and received this form response:

We regret that you had a negative screening experience. While every person and item must be screened before entering a secured area, the manner in which the screening is conducted is important. Our policies and procedures focus on ensuring that all passengers, regardless of their personal situations and needs, are treated with dignity, respect, and courtesy.

Since your complaint concerns the conduct of Transportation Security Officers (TSOs) at a specific airport, we have forwarded a copy to the Customer Support Manager at that location. TSA monitors the number and nature of complaints we receive in order to track trends and spot areas of concern that may require special attention. This ongoing process enables us to ensure prompt, corrective action when we determine that screening policies need modification or specific employees or teams are the subjects of repeated complaints.

If you have concerns about your screening experience during future travel, you may ask to speak with a Supervisory TSO while at the checkpoint.

The TSA provided PIX11 with a statement on the incident Wednesday afternoon:

“The Transportation Security Administration takes reports of alleged impropriety very seriously. TSA reviewed what occurred during the screening of Ms. Denise Albert at LAX on December 4 that caused a stressful situation for Ms. Albert. Ms. Albert was eventually provided a private screening environment with a witness in attendance that resolved the situation. TSA deeply regrets the distress this additional security screening caused Ms. Albert. We have spoken directly to Ms. Albert to address her concerns.”

All airline passengers must undergo screening and the spokeswoman said all screening procedures have been developed to make sure passengers can be screened regardless of their disability or medical condition.