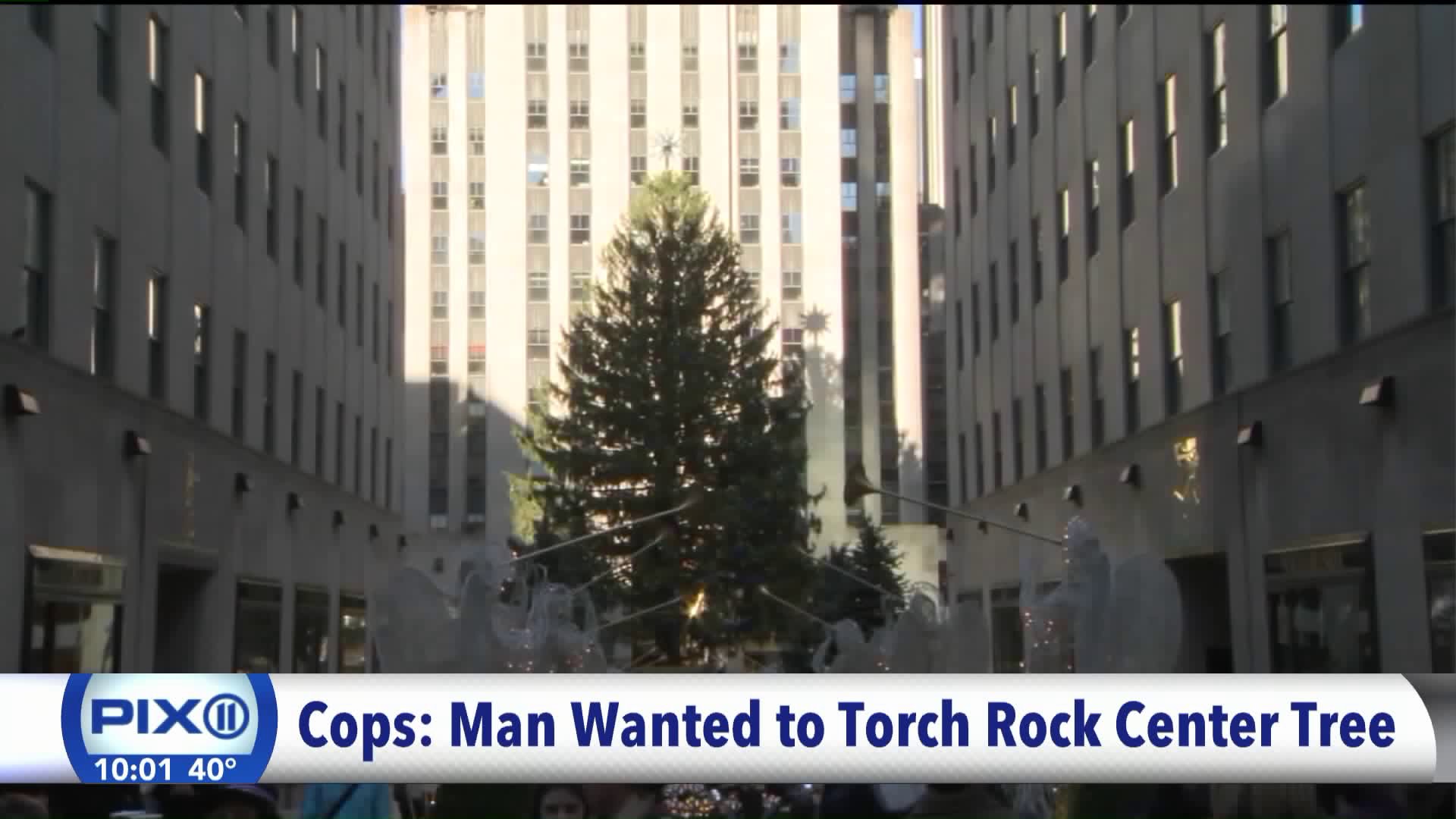 Yuriy Alterman, 38, of the Bronx was seen by a witness walking erratically towards the Rockefeller Center Christmas Tree.

The witness flagged down a police officer when they noticed the man was lugging the gas can and matches. Alterman, who was also carrying the book "Son of Hamas," then hurled a bottle at officers while yelling expletives.

He was taken into custody at Rockefeller Center.

Police say the man was carrying about a gallon of gas, but were told he didn't plan on setting anything on fire.

Alterman is the son of the founder of the extremist Hamas group, which he renounced and converted to Christianity.

Alterman will be charged with making a terroristic threat, obstruction of government administration and disorderly conduct. He is expected to be arraigned Tuesday night.