Snow and ice are on the way! Winter weather advisory for parts of NY, NJ 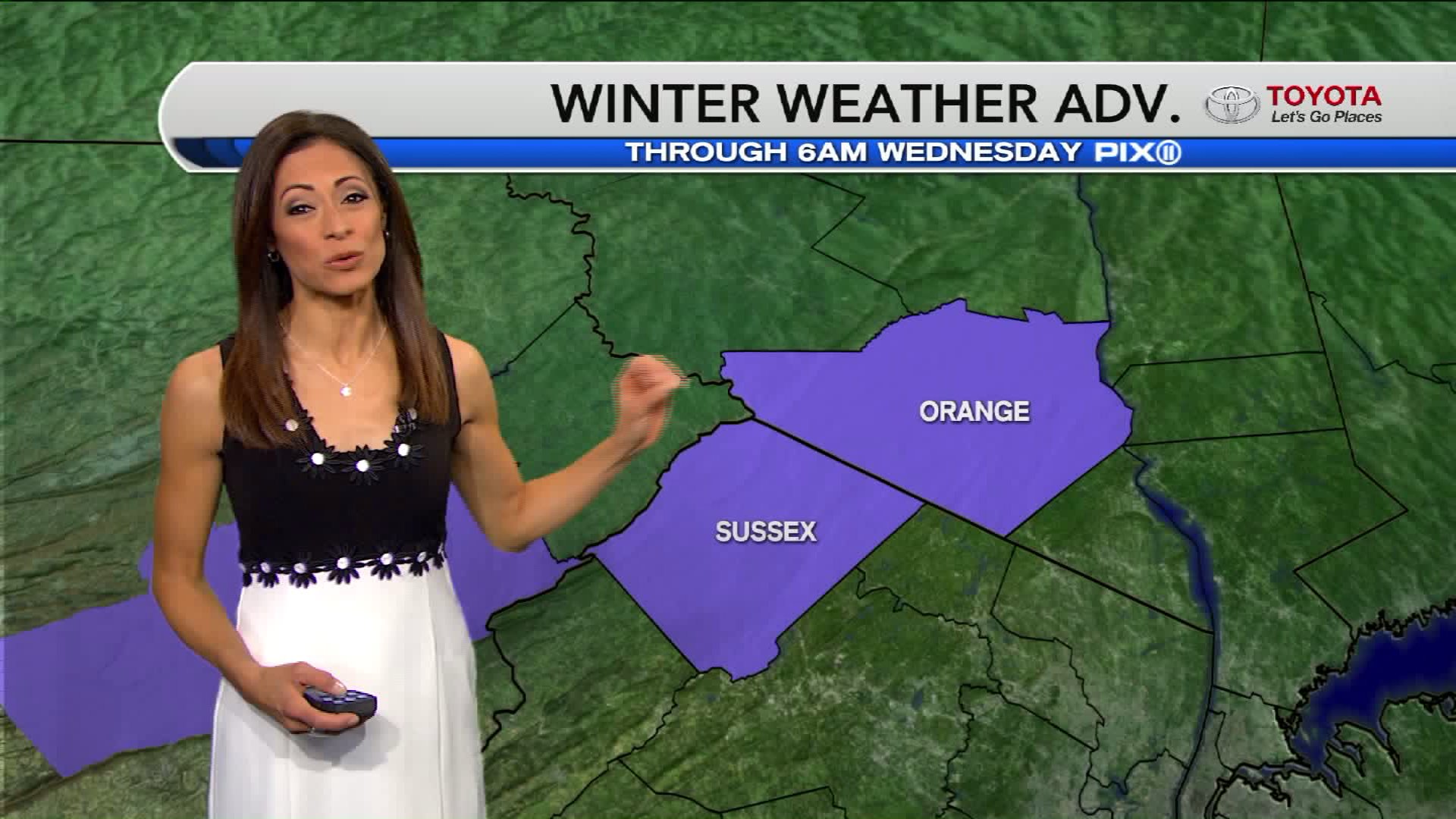 NEW YORK — A winter weather advisory has been issued for parts of New York and New Jersey as a snowy storm moves into the area Tuesday, according to the National Weather Service.

Orange County residents can expect 1 to 4 inches of snow with the highest amounts of accumulations blanketing elevations over 1,000 feet.

In New Jersey, a wintry mix of rain, wet snow and sleet is forecast to start between 4 and 6 p.m. in the Poconos and between 6 and 8 p.m. in the northwestern portion of the state.

"Snow will then change over to rain during the overnight in the warmer valleys, but pockets of freezing rain or drizzle may develop along the high-elevation ridges," the NWS said.

Snow accumulations could reach 4 inches with the highest amounts at elevations above 1,000 feet, and ice accumulations are expected to reach up to a few hundredths of an inch.

The wintry weather will make traveling treacherous, according to the NWS. Anyone who must drive use extra caution and be prepared to encounter slippery roads and limited visibility.