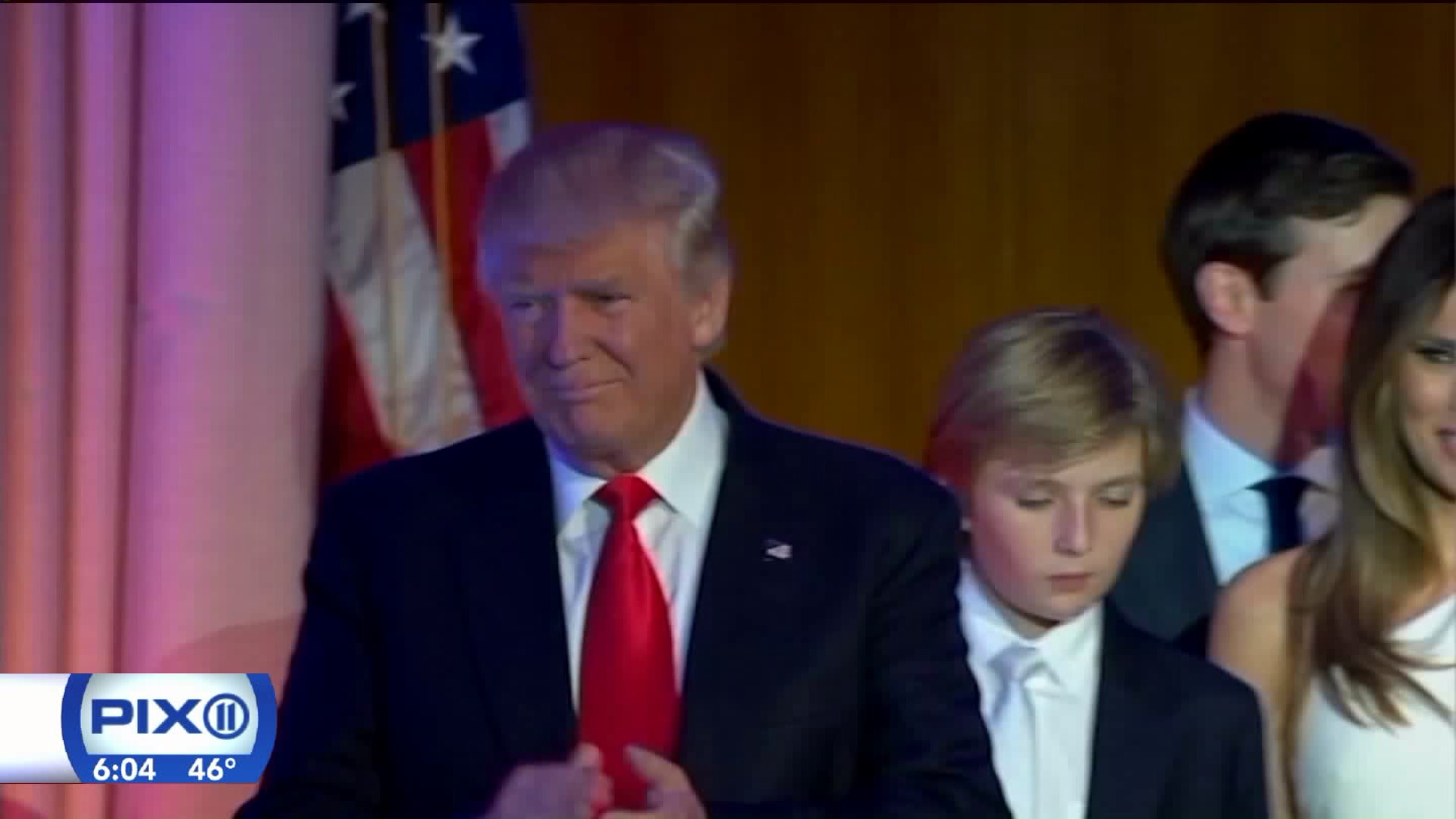 MIDTOWN, Manhattan -- It's neither easy nor cheap to provide security for President-elect Donald Trump at his home in Trump Tower, and to keep the rest of New York safe from potential harm someone might want to inflict on him.

On Monday, however, two prominent city leaders addressed the difficulty and the cost of the security in memorable ways.

"Leave here for your transition," said the Democratic council member from Northern Manhattan. He instead recommended that Trump go to "a warm place," like Trump's Mar a Lago estate in Palm Beach, Florida, and not "conduct his business and transition in this area" of midtown.

By being here, the security needs are great, and they're not likely to abate after inauguration next month. Thanks to Melania Trump choosing to live in New York with her and Mr. Trump's 10-year-old son, the dozens of NYPD officers as well as metal and cement barriers that line Fifth Avenue for more than three blocks, clogging traffic, have to remain in place.

"It's horrible," said Patrick Rene, a livery driver, who'd just finished dropping off a passenger at the St. Regis Hotel, a block away from Trump Tower. "It's a mess."

That mess affects everyone in the area, from the poor to the powerful. Also at the St. Regis -- not at Trump Tower, but nearby -- was none other than New Jersey governor Chris Christie. He'd been an early supporter of Trump, but has not been offered a position in the president-elect's cabinet.

When asked by PIX11 News if he wanted to make any comment, Gov. Christie literally waved us away, and then continued to sit at the stoplight on 55th Street and Fifth Avenue.

All of the extra protection comes at a price, $35 million, at least, to be more precise. That's how much Mayor de Blasio and City Council Speaker Melissa Mark-Viverito asked the federal government on Monday for reimbursement for security costs between Election Day, Nov. 8, and Inauguration Day, January 20.

As for having Trump leave New York during his transition into the White House, the mayor said, "I don't want to second guess him... He has to be where he's comfortable."

De Blasio also said, at a morning news conference, that, looking ahead, there will be a continued need for heightened security near Trump Tower for at least the next four years.

He said that he'd spoken on the phone with Steven Mnuchin, Trump's nominee for treasury secretary, and a fellow New Yorker.

The mayor said that he was convinced that Mnuchin understood the challenges and the costs well, and "I am confident," said de Blasio, that the new administration would take well into account the need to reimburse the costs of the future first family's security needs.