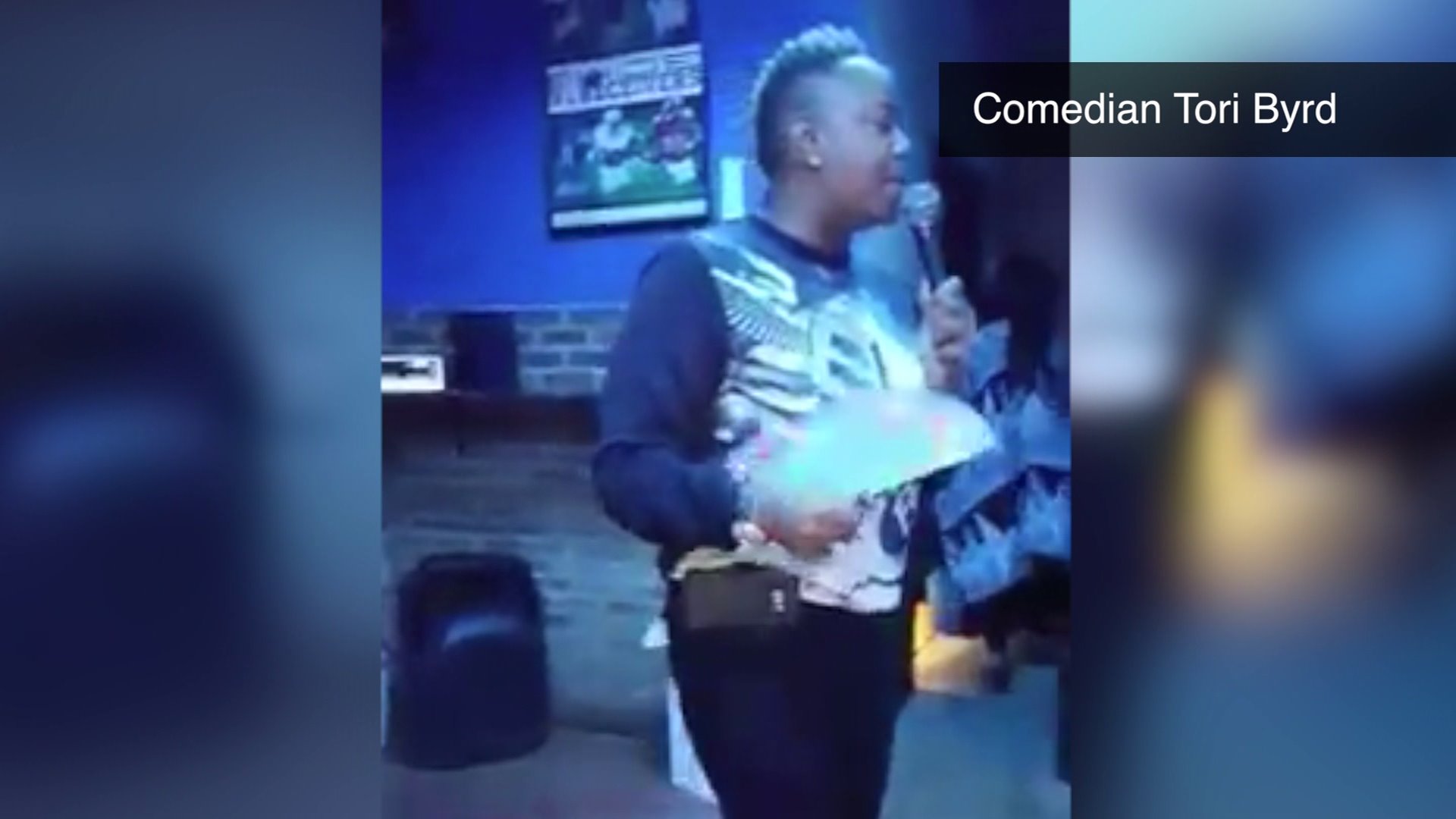 BLOOMFIELD, N.J. — Toni Byrd was only a few minutes into her stand-up routine at Sports in the City Lounge on North 13th Street Friday night when bullets began flying.

Her friend was recording her act on a cell phone, when the shooting started.

“I was talking about menopause. And being a lesbian with menopause,” she told PIX11.

But the jokes and the laughing turned to screams. She estimated around 20 shots were fired. The windows inside the club were shattered and five people were hit.

"I was right in the mix of the crossfire,” she recounted. "There was smoke in the air from the gunshots.”

Bloomfield Police were back at the scene Monday, along with firefighters. They put locks on the doors. The walls and windows are pock marked with bullet holes. Shattered glass is all over the ground.

Byrd said there was no fight inside the club and that all the gunfire came from outside. No one was killed in the shooting.

"I hope the people who did get shot, that they OK,” she said. “I’m a comedian. I’m out here bringing laughter and joy, trying to lift peoples spirits up. And you come and shoot?”

“They just shot that place up, man. Whoever did it had no regard for whoever was in there.”

The investigation is still ongoing. No arrests have been made.