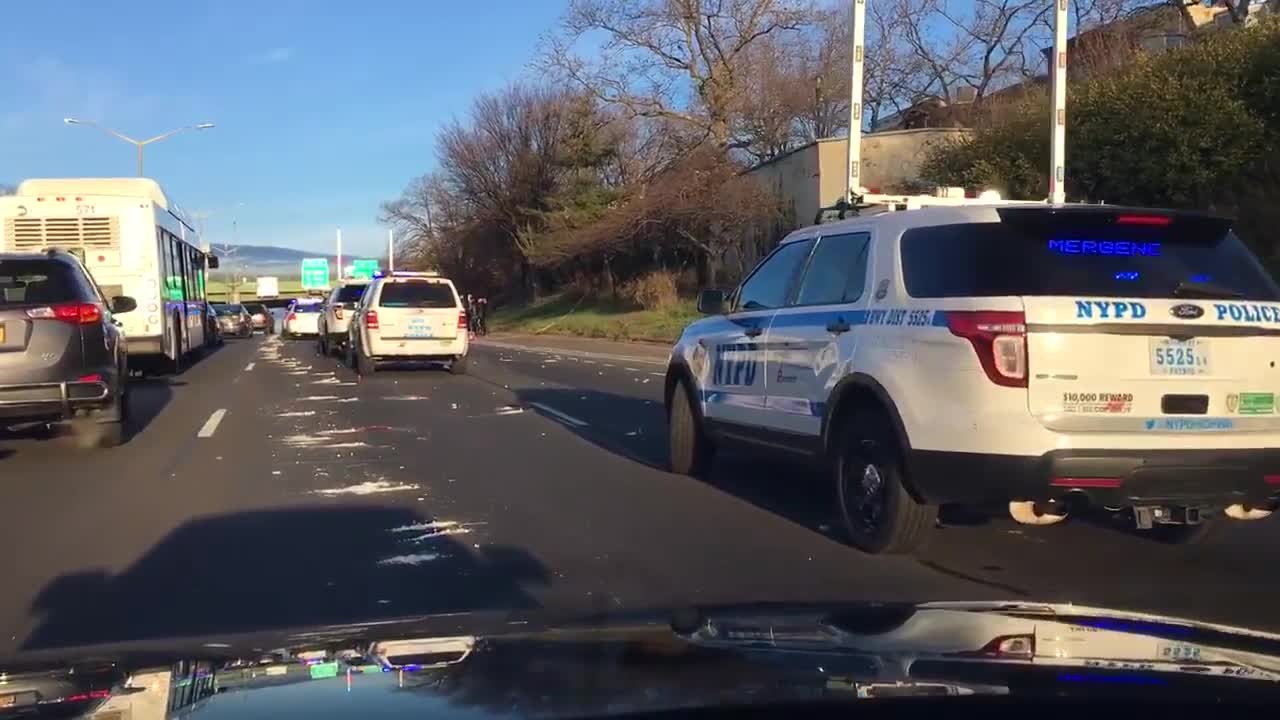 WINDSOR TERRACE, Brooklyn — A man was fatally struck in a possible hit-and-run on the Prospect Expressway Sunday morning.

Around 5 a.m., Ian McDonald Jr., 20, of Brooklyn, was found lying on the side of the road of the Manhattan-bound lanes of the Expressway.

Police said after further investigation McDonald's injuries seemed to have been caused by being struck by a vehicle. They consider his injuries to be the result of a possible hit-and-run incident.

McDonald was pronounced dead by EMS workers. The medical examiner will determine his cause of death.

No vehicle remained on the scene.