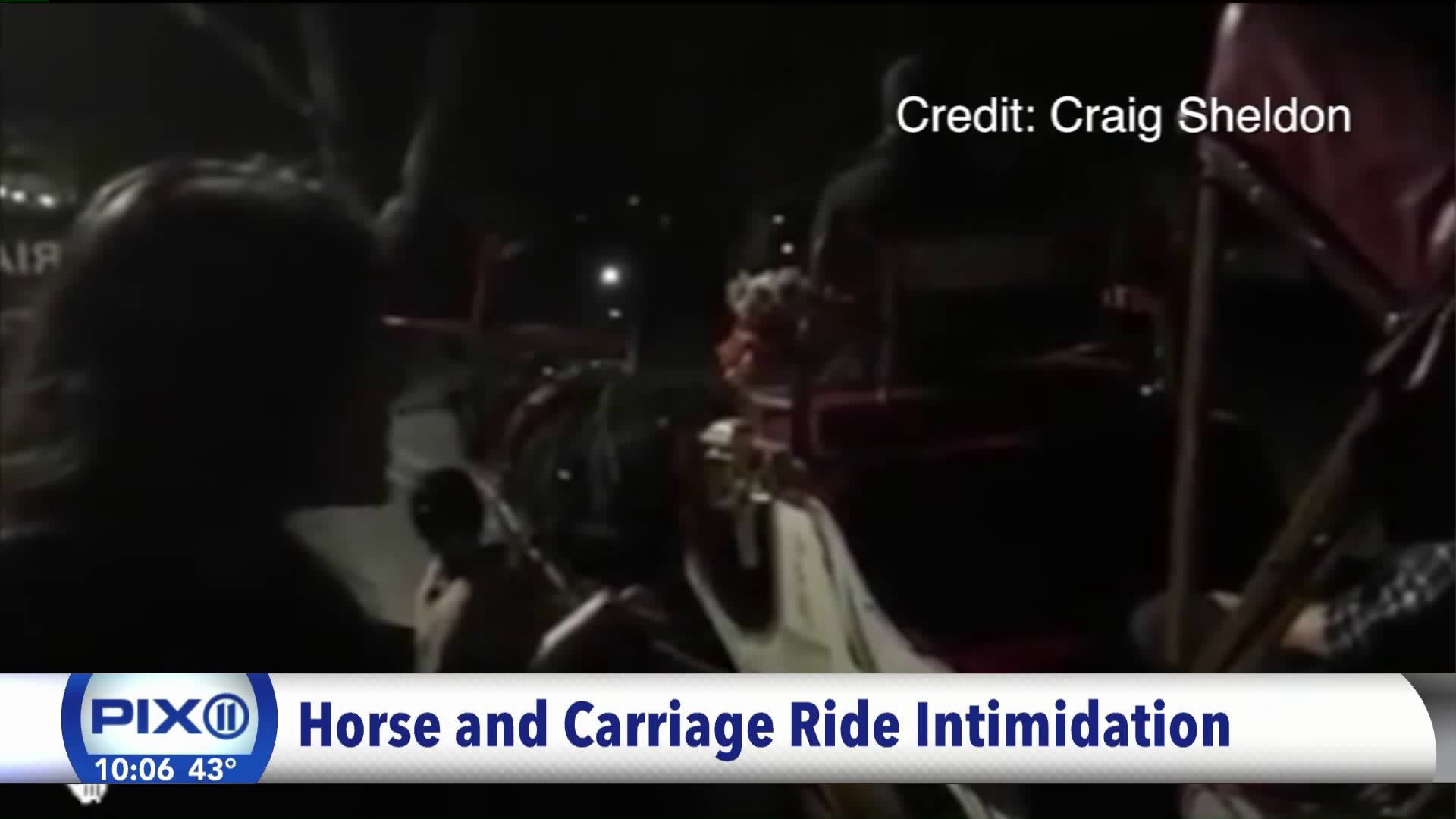 MIDTOWN, Manhattan — Is it harassment or are they educating tourists?

Watch the video that has so many upset by what they call guerrilla warfare tactics on the part of some animal rights activists to stop tourists from taking horse drawn carriage rides through Central Park.

In the video, you see the activists urging people not to ride in the carriages but instead use an electric vintage car replica, the kind Mayor de Blasio favored until he couldn't get enough support in the New York City Council for his horse drawn carriage ban.

Craig Sheldon, a member of Friends of NYC horses, reposted this video to YouTube.

"Yes, it's harassment," Sheldon told PIX11. "They have frightened tourists and made little children cry."

The group called Empty The Carriages is planning an act of civil disobedience by forming a human chain to create a blockade at the Park Drive entrance at Sixth Avenue to stop tourists from using the horse drawn carriages.

Their spokeswoman told PIX11, "This not harassment. Everyone has a choice to make. We are just educating the tourists."

But others who work in this industry, and some tourists, see it differently.

"It's the Holiday season and we would like to take a ride with these carriages," Allen Pacheco, a tourist from Smithfield, Rhode Island, told PIX11.