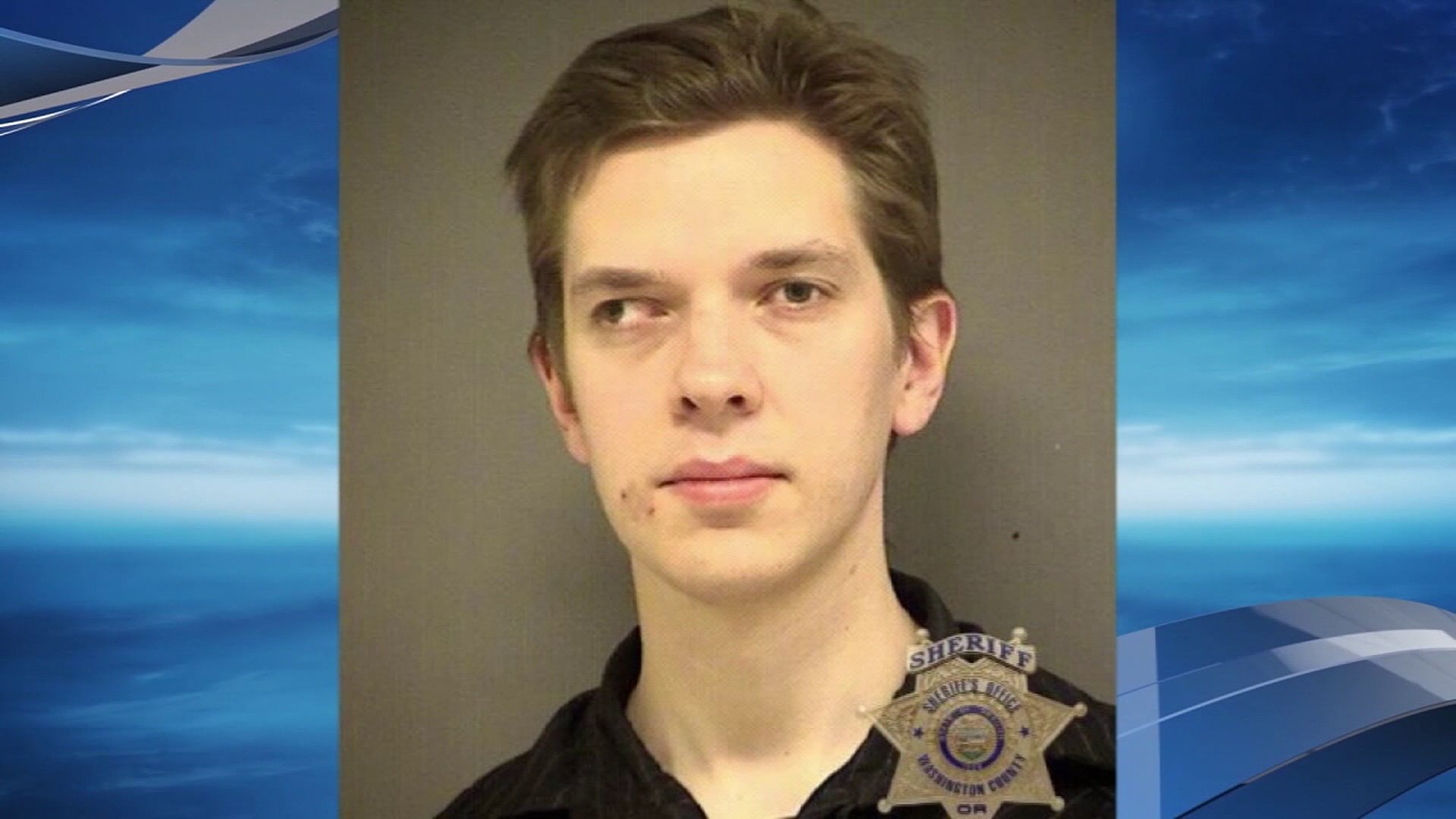 In July, Barber posted multiple pornographic videos of himself and a woman from a past relationship to various adult websites without her permission.

Barber walked up to KOIN reporter Emily Sinovic as she was interviewing Sgt. Bob Ray outside the Washington County Sheriff's Office and gave an unsolicited interview.

Barber told Sinovic that he was actually the victim and that the videos were copyrighted. He went on to allege that she had tried to use the same videos to blackmail him, but that the judge didn't like him and barred evidence that would have favored him.

When Sinovic asked him if he thought people might disregard his arguments as excuses and think "this guy just seems creepy," Barber replied, "I understand people are going to think I look creepy, I have this blown-out eye."

The judge, who Barber believes he may have offended, didn't agree with his argument.

The law states in part:

"The person, with the intent to harass, humiliate or injure another person, knowingly causes to be disclosed through an Internet website an identifiable image of the other person whose intimate parts are visible or who is engaged in sexual conduct."