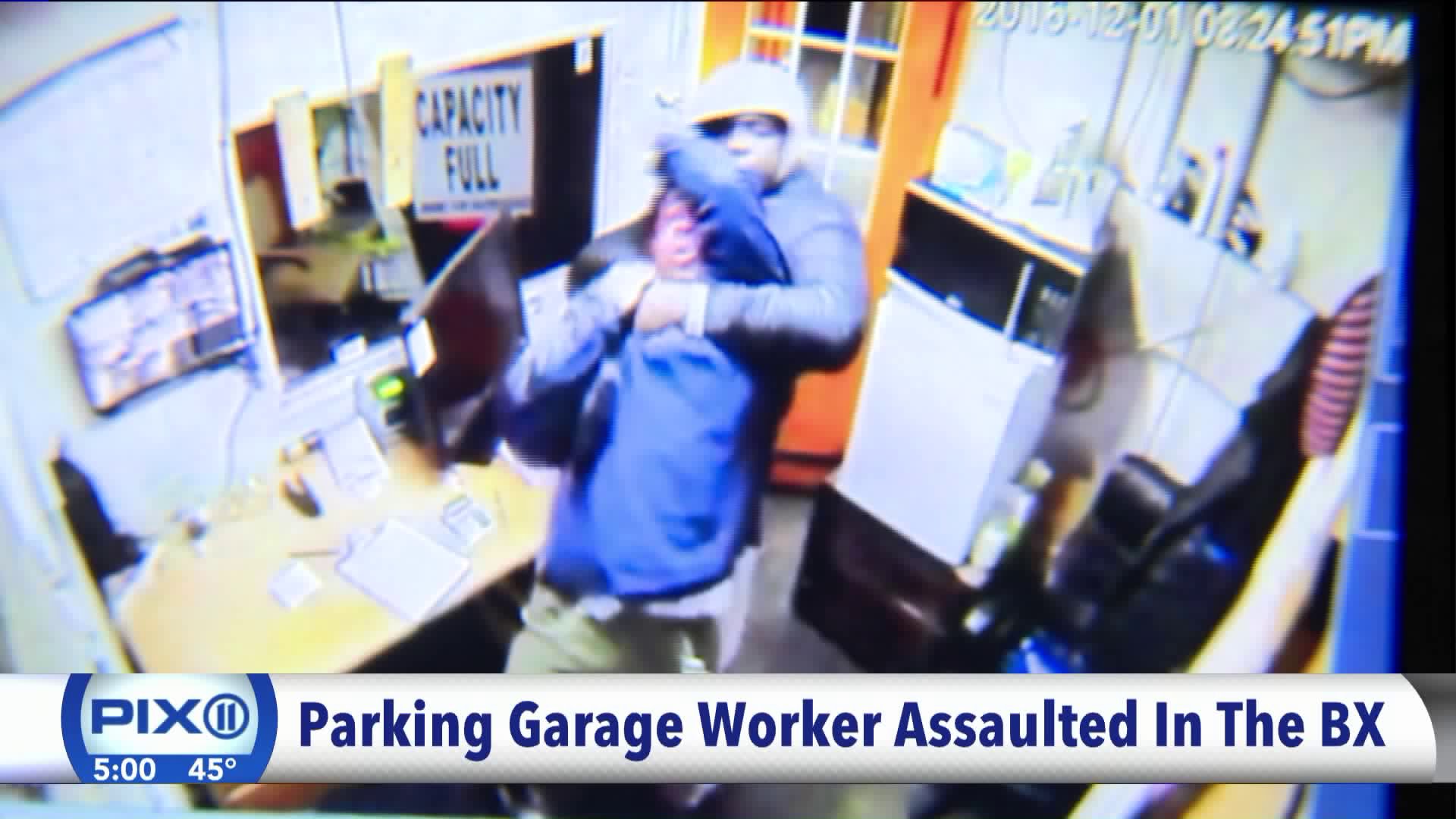 *WARNING: This video contains content that may be graphic for some viewers.

The man is accused of choking and robbing a garage attendant in the Bronx. (NYPD)

PARKCHESTER, The Bronx — Police are looking for a man caught on surveillance video choking and robbing a garage attendant Thursday night.

The attendant, 54, was working at the Reyer Parking Garage at 1872 E. Tremont Ave. just after 8 p.m. when a man, posing as a customer, approached him and asked for his car, police said.

When the attendant asked him for his receipt, the man wrapped his arm around his neck and began choking him. Surveillance video shows the attendant struggling with the man until he lost consciousness.

The man rummaged through the attendant's pockets and took cash and a car key. He then fled the parking garage toward Leland Avenue.

A former employee at the 24-hour parking garage told PIX11 News he quit three weeks ago because of unsafe working conditions. He said there is only one attendant working through the night when there should be two workers.

The gate is also open all the time.

"The gate is not working," James Ametede said.

Surveillance video also showed a green cab pulling into the area. Moments later a man can be seen entering an office while the attacker is still here. It's unclear who the second person is.

Police said they are only looking for one suspect, who is described as a man about 6 feet 2 inches, between 230 and 250 pounds with black hair and a bald spot, brown eyes and dark complexion.

PIX11 News has reached out to Reyer Corporation for a comment.