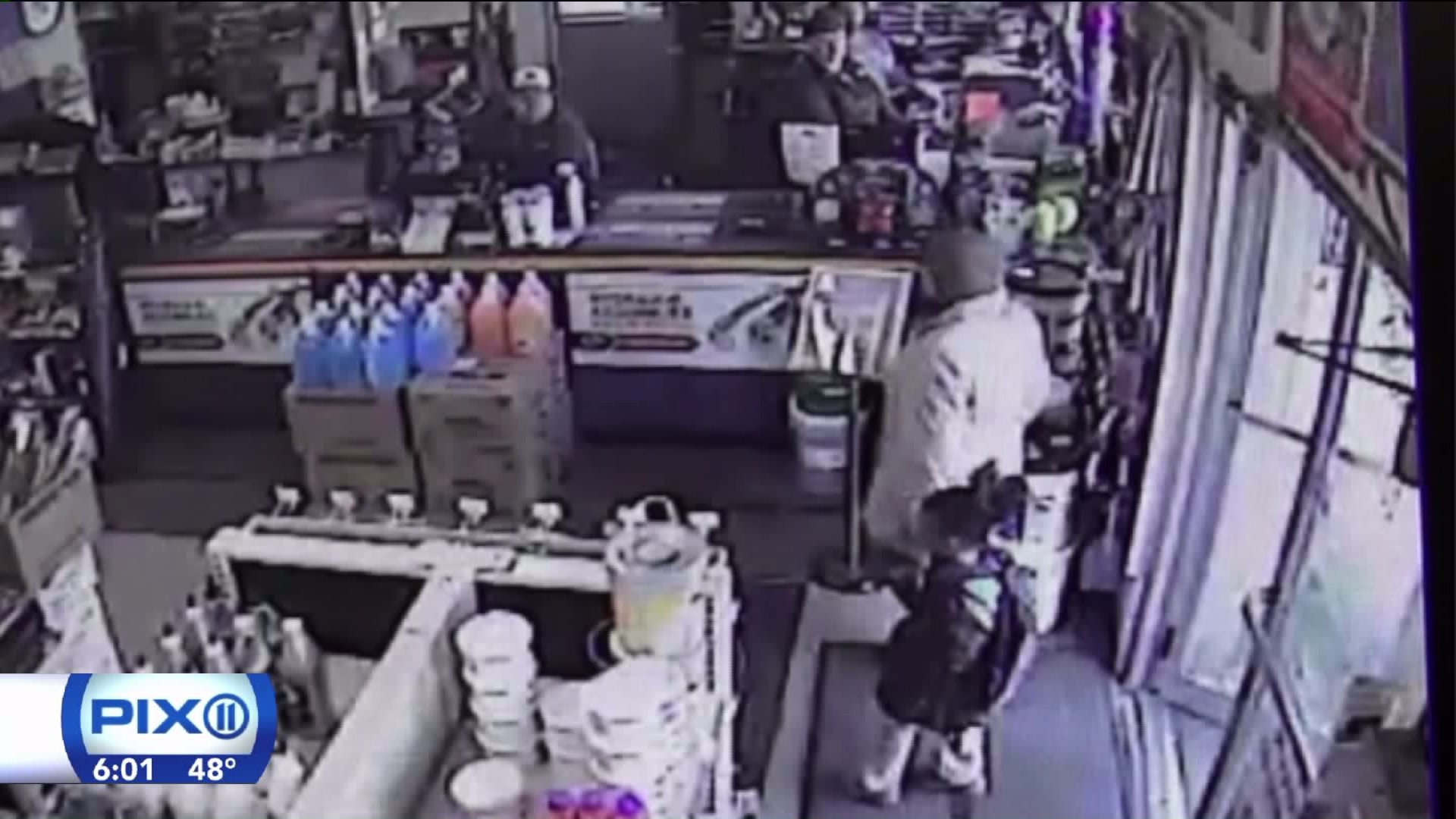 PATERSON, N.J. — Police arrested a man in New Jersey Friday morning who allegedly carjacked two cars, including one with three children in the back seat, officials said.

Frank Saggese, 43, allegedly jumped into a car in a Wendy's parking lot around 8:10 a.m. Friday morning as the mother exited the car, police said.

“She was able to try and grab him, and grab the steering wheel to attempt to stop him from taking off with the car,” said Paterson Police Captain Richard Reyes.

As Saggese allegedly drove off, the mother was dragged down the street. Three children, ages 2, 4 and 5, were in the backseat.

A concerned citizen saw what happened and followed Saggese as he drove down the road, police said. Saggese abandoned the car with the kids inside about 1.5 miles down the road in Hawthorne outside an auto shop.

He then fled on foot.

“Scary, it’s heartbreaking. Three little kids you know. Glad that everything worked out good,” said Eric Perez, an employee at the auto shop.

Police found the children around 8:30 a.m. They were not harmed. Police brought the kids to St. Joseph's Hospital where they were reunited with their mother.

Saggese dropped the woman's car in a 7-Eleven parking lot in Hawthorne and allegedly stole another vehicle in the parking lot.