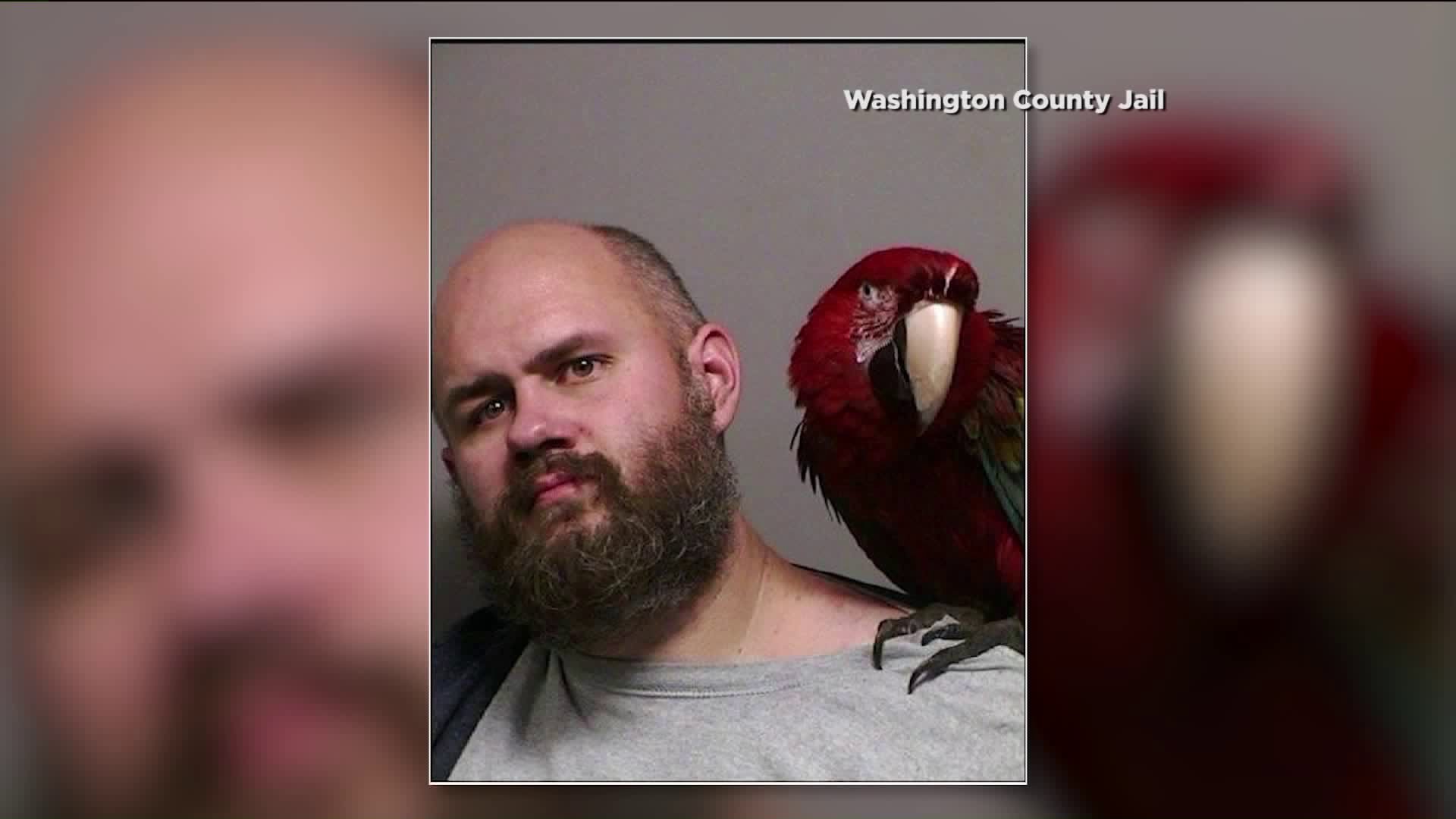 Washington County Court Clerks say Craig Buckner was at the courthouse on Monday for violating a release order.

Buckner thought he would get a "turn yourself in" sentence and decided to bring along his companion parrot.

When Buckner went into court, he told the parrot to wait for him out in a tree in the courtyard of the courthouse.

While he was in the courtroom, the judge ordered Buckner to be taken into custody and that is when he became worried about his bird.

Washington County Court Security Deputy, Shoana McKelvey, says he started talking about his parrot as she took him into custody.

Deputy McKelvey decided to go outside and check on the bird. She says when she checked the bird was in the tree in distress because crows were circling it.

"This was Mr. Buckner's pet. He has had this bird since it has been hatched. I could just tell how concerned he was when he went into custody, this bird was so special to him," said Deputy McKelvey.

Deputy McKelvey brought Buckner outside the courthouse and he was able to get the parrot from the tree.

Buckner and the parrot were both brought back inside and after making several calls, they were able to find someone to take the bird while Buckner serves his sentence.

Deputy McKelvey says Buckner did seem relieved that a friend was able to care for his bird while he is in jail.